Yemi Eberechi Alade, popularly known by her stage name, Yemi Alade, is a Nigerian singer, songwriter, entertainer, stage performer and recording artiste. She is one of the best female musicians in Africa and is very well known outside Africa. Yemi Alade gained prominence in the Nigerian music scene in 2009 when she won the Peak Talent Show and is most readily associated with the single “Johnny”, her most popular song till date. 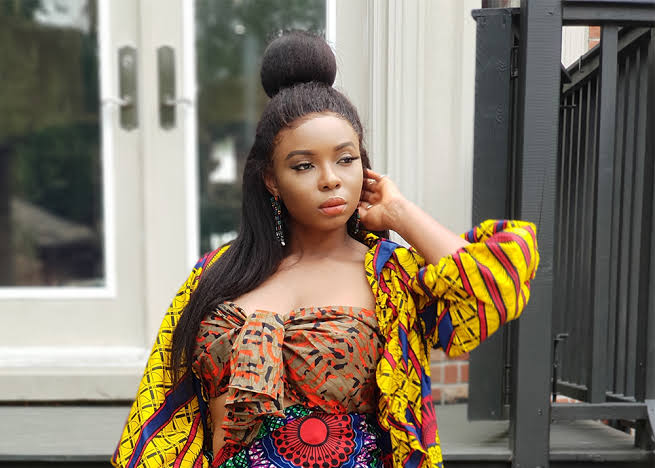 Yemi Alade was born on the March 13, 1989 to a Yoruba father from Ondo State, James Alade, a commissioner of police and an Igbo mother Helen Uzoma from Abia State. While she was born in Abia State, it is important to note that she is a native of Ondo State. Because of her Igno middle name, Eberechi, she is sometimes called a half cast  or a Yoruba-Igbo girl, and she represents both tribes exceptionally well in some of her music videos. Yemi Alade is the fifth child of seven children in her family and while she was growing up, she attended St. Savior British Primary School before going on to Victory Grammar School in Lagos for her secondary education. She is a graduate of the University of Lagos with a bachelor’s degree in Geography.

As aforementioned, Yemi Alade shot to stardom in the music industry in 2009 when she won the Peak Talent Show competition. She followed it up by releasing her first single, Fimisile. In 2013, she signed a deal with the record label Effyzzie Music Group, releasing the hit song, “Johnny” afterwards. The single was very successful that it garnered more than 100 million views on YouTube. “Johnny” was the hit song in her debut album, King of Queens that was released 2014.

In 2017, Yemi Alade released her third studio album titled Black Magic and it featured music stars such as Falz and Olamide. “Black Magic” was produced by DJ Coublon, Young D, V-Tek, Fliptyce, Philkeyz, Echoand, Sess, Krizbeatz, 2Kriss, I Am Beatz and Sarz. Her fourth studio album, Woman of Steel was released in 2019 and it has been trending. The album features multiple grammy award winner, Angélique Kidjo as well as the likes of Rick Ross, Duncan Mighty and Funke Akindele.

Yemi Alade is the first African female musician to hit one million YouTube subscribers. Her hit song, “Johnny” is the most watched African Female music video of all time with over 114 million views. In 2019, she was featured in a track from Beyoncé’s soundtrack album The Lion King: The Gift. She was also featured alongside Tekno and Mr Eazi. The Lion King album also featured Wizkid.

SONGS BY THE ARTISTE

Some of Yemi Alade’s songs include the following

Some of Yemi Alade’s awards and nominations include the following:

She has won many awards since the start of her music career and she continues to do so almost effortlessly in recent times.

Yemi Alade is one of the most successful female artistes in Nigeria currently. Her rise to fame and music stardom has been steady over the years and coupled with many of her endorsement deals and shows that she attends, her net worth increased steadily also over the years. This 2023 Yemi Alade is currently worth $10 million. She is one of the most influential female artistes in Africa with a very large fan base.