This article is about the Vigilante Group of Nigeria and the things you should know about them. The Vigilante Group of Nigeria is a non-governmental organization that assists in neighbourhood policing and prevention of crimes in the society. Not much is known about its history but they have been in existence since around 1998, with their headquarters in Kaduna State and several of their branches situated all over the 36 states of the federation including a command centre in Abuja, the Federal Capital Territory. While they are not your regular law enforcement agencies, their effectiveness can never be over-emphasized and this has lead to them being recognized by all and sundry in the country. 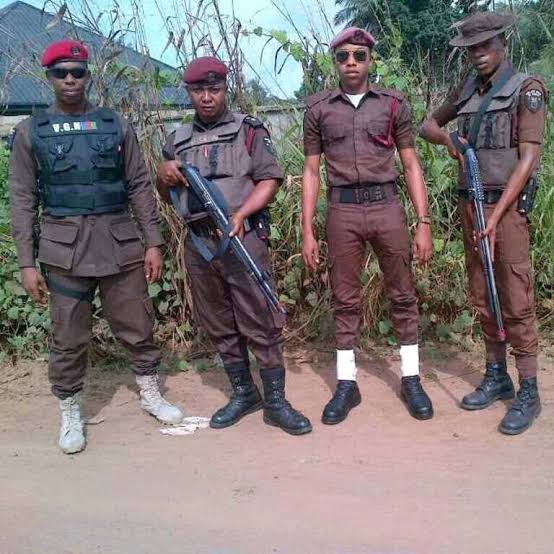 The main focus of the Vigilante Group of Nigeria is to protect lives and properties and repel crimes as earlier stated. They are also obligated to hand over criminals and law offenders to the appropriate law enforcement agencies in Nigeria. They provides security across the country for different reasons, and may also work as bodyguards for people who require their services when the need arises. Over the years, they have proved to be very effective as far as security in the neighbourhood is concerned.

All through the years of their establishment, their relationship with the relevant government security outfits such as the Police and the military in the country has been very cordial and one thing that clearly defines them is their connection to the grass roots. Because of how well they have mastered their various communities, they have been able to understand the nitty gritty of their job functions and most of them operate in the night. As opposed to the mode of operation of top government security outfits, members of vigilante groups in the country are never transferred from one place to another, instead, they stay for as long as they are in active service to their various communities which they live in.

MODE OF OPERATION OF THE VIGILANTE GROUP OF NIGERIA

The Vigilante Group of Nigeria as aforementioned, is a national voluntary organization. Membership of the organization is made up of people who reside in the community where they operate. Recruits are taken through a series of tests to determine the capabilities of the individuals and to know if they would eventually make the grade into the organization.

Once the recruit passes the test they have been given, they are then deployed to their community from where they are to operate. They have various inner groups in the organization like the special squad, anti-robbery squad, to mention but a few.

As opposed to popular opinion, majority of the members of the Vigilante Group of Nigeria are educated. The constitution of the group states that only people 18 years of age and above are eligible to join their ranks and the minimum qualification requirement for membership into the group is First Leaving School Certificate, which is widely known as school cert.

CHALLENGES FACED BY THE VIGILANTE GROUP OF NIGERIA

The main challenge faced by the Vigilante Group of Nigeria is that of adequate funding. Being a non-governmental organization, they are not as funded as the relevant government security outfits and this to an extent, hinders their effectiveness.

They require funding from well meaning Nigerians to keep running the organization to the best of their abilities. They also do reach out to the various governments in the States they operate in for assistance. Once the issue of funding is addressed, it will help in buying more uniforms, getting more equipment needed to make their jobs easier and paying their workers well and in time too.

Not much information is known about the salary of the Vigilante Group of Nigeria. The closest thing to knowing about their salary structure came about when there was a protest by the Anambra State branch of the group against non-payment of their members for close to eight months as reported by Daily Post, an online News and Media website in Nigeria in March, 2016 and it was gathered that the salary as at that time was ₦10,000 monthly.