This post outlines United Bank for Africa (UBA) salary structure in Nigeria this 2023 in order to enlighten our readers on what they pay their staff currently on a monthly basis. UBA is one of Africa’s leading global banks, and it is a ranking member of the top 10 commercial banks in the country presently. Before going into details of the monthly earnings of their workers, let us look at a general overview of the company below. 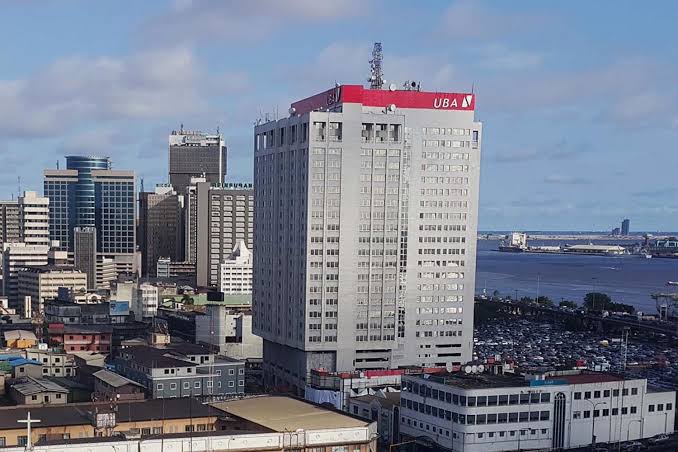 United Bank for Africa Plc. (UBA), is a Nigerian pan-African financial services group that is headquartered in Marina, on the Island of Lagos, in Lagos State. The group has subsidiaries in 20 African countries and offices in London, Paris and New York, and it is listed as commercial bank by the Central Bank of Nigeria (CBN).

In 1949, the Bank was established as the British and French Bank Limited (BFB), and February 23, 1961, the United Bank For Africa (UBA) was incorporated as a limited liability company under the Compliance Ordinance (Cap 37) 1922. UBA took over the assets and liabilities of BFB and listed its shares on the Nigerian Stock Exchange in 1970, in an IPO, being the first Nigerian bank to make an initial public offering.

UBA merged with Standard Trust Bank (STB) Plc, in 2005 maintaining the name United Bank for Africa in the process but rebranding its logo to capture the Standard Trust Bank image in it. Since the merger, the group has expanded to include 20 sub-Saharan countries, as well as offices in the United Kingdom, France and the United States.

UBA SALARY STRUCTURE IN NIGERIA 2023: WHAT UBA PAYS THEIR STAFF

We will be looking at what the United Bank For Africa (UBA) pays their workers as salary per month in Nigeria today, especially for entry level and other experienced members of staff. UBA, being one of the best financial institutions in the country currently, pays their workers some of the most attractive monthly earnings in the banking sector.

The Bank through its attractive salary scale for its staff members, whether junior or senior banking officers (SBOs), have been able to consistently pay out salaries as at when due every month, and fresh graduates as well as other employees higher up the professional ladder definitely earn six figure salaries as we shall see shortly.

Kindly take note that these salaries for United Bank For Africa (UBA) workers that we have provided in this write up are estimates reflecting the basic salaries of majority of their staff. They do not include allowances or other benefits that may boost their earnings significantly.

The following figures are the various amounts that UBA staff members are paid as salaries per month in Nigeria this 2023:

The monthly salaries at UBA above are all we could gather from various sources online. They are subject to change and as this happens, we will try as much as possible to keep updating our figures to ensure that our content remains ever fresh for you our readers. Please note that this write up is purely for information purposes and we do not claim to have any affiliations with the United Bank For Africa (UBA).