As we take a look at Union Bank salary structure in Nigeria this 2023, we will be discussing on the monthly take home pay of some select workers at the company, giving our readers who have interest in one day working at this top financial institution in the country an insight of what they are likely to expect as their starting salaries, especially at entry level. Before we take a proper look at the monthly earnings of Union Bank staff members in the country today, we will like to give a general overview of the company going forward. 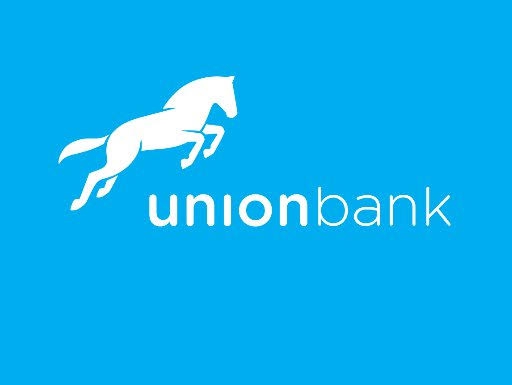 Union Bank of Nigeria Plc has a rich history that can be traced to as far back as the year 1917 when this leading financial institution in the country was first established as Colonial Bank.

In 1925, the bank became known as Barclays Bank DCO (Dominion, Colonial and Overseas) resulting from its acquisition by Barclays Bank. Following Nigeria’s independence and the enactment of the Companies Act of 1968, the bank was incorporated as Barclays Bank of Nigeria Limited (BBNL, est. 1969).

Between 1971 and 1979, the bank went through a series of changes including its listing on the NSE and share acquisitions/transfers driven by the Nigerian Enterprises Promotion Acts (1972 and 1977); this resulted in its evolution into a new wholly Nigerian-owned entity. To reflect the new ownership structure, and in compliance with the Companies and Allied Matters Act of 1990, it assumed the name Union Bank of Nigeria Plc. (UBN “the Bank” or “Union Bank”).

In 1993, in line with its privatization/commercialization drive, the Federal Government of Nigeria divested by selling its controlling shares (51.67%) to private investors. Thus, Union Bank became fully owned by Nigerian citizens and organizations all within the private sector. During the Central Bank of Nigeria’s (CBN) banking sector consolidation policy, Union Bank of Nigeria Plc acquired the former Universal Trust Bank Plc and Broad Bank Ltd. and absorbed its one-time subsidiary, Union Merchant Bank Ltd.

In compliance with CBN’s Regulation 3, UBN is divesting of all non-core banking subsidiaries, which aligns with their core banking business model. Union Bank, United Kingdom (UBUK) will remain the only subsidiary of the bank.

Following the banking crisis in 2009 and the intervention of the CBN via Asset Management Company of Nigeria (AMCON), the bank was recapitalized in 2012 with an injection of $500 million by Union Global Partners Limited (UGPL), a consortium of local and international investors. UGPL acquired 65% of the bank’s shareholding and in the last quarter of 2014, AMCON’s remaining 20% stake in the bank was acquired by Atlas Mara. UGPL comprises:

With a robust geographical network comprising more than 300 service centres and over 950+ ATMs spread across Nigeria, the bank has remained committed to helping individuals, families and businesses grow for nearly a century.

Apart from the normal basic salaries that are paid to their workers at the end of every month, the bank also pays performance-related incentives, as well as other allowances and bonuses that effectively boosts the final figures of what most of their employees earn but for the purposes of this post, we will be concerned with only the basic salaries of Union Bank staff members in Nigeria today. The details of how much Union Bank pays some of their employees are given below.

Interns/IT students at Union Bank of Nigeria Plc are paid a monthly salary in the range between ₦20,000 – ₦30,000, and this runs throughout the duration of their stay at the bank for their various internship/IT programmes. These set of employees are not permanent staff.

Contract staff are not permanent staff either and they are engaged by the bank based on agreement for the duration of a number of years before they can be considered for a permanent role. At Union Bank, contract workers are paid between ₦70,000 – ₦85,000 per month this 2023, and this amounts to ₦840,000 – over ₦1 million every year.

Marketers at Union Bank are workers who are constantly on the move to help promote the bank to potential customers. On the average, Union Bank pays its marketers between ₦50,000 – ₦70,000 per month and this totals between ₦600,000 – ₦840,000 per annum.

HOW MUCH DOES UNION BANK OF NIGERIA PLC PAY GRADUATE TRAINEES?

Graduate Trainees are fresh intakes at the Bank who are relatively inexperienced in the banking sector and for this reason, they undergo a certain period of training to get up to speed with the inner workings of the bank. These set of Union Bank workers are eventually upgraded to permanent staff, with the aim of occupying senior roles in the future beginning at entry level.

On the average, Graduate Trainees at Union Bank of Nigeria Plc are paid about ₦75,000 every month as salaries for the entire duration of the 4-5 months training period. After their training has been completed, they are evaluated based on their performance, and are employed permanently to departments that are in need of them. Not everyone is given permanent employment though as some are outrightly terminated and dismissed still based on performance.

Entry level employees at Union Bank are permanent staff. They are fresh graduates newly employed into the bank through the graduate trainee programme. On the average, entry level workers at Union Bank are paid a monthly salary of about ₦180,000 this 2023. This amounts to a sum total of over ₦2 million in earnings every year. Promotion guarantees higher pay.

The above stated salaries of different Union Bank of Nigeria Plc employees are estimates. We could not determine the average monthly salaries of other members of staff at the Bank such as Loan Officer, Credit Analyst, Banking Officer, Senior Banking Officer, Managers, etc as at the time of writing. Once the information is gotten from the right sources, they will be made available.