This article is about the contact details of Ugandan Embassy in Nigeria this 2023. The Republic of Uganda, like many other countries, has embassies situated all over the world. This post serves as a guide to the official contact address of the Ugandan embassy in Nigeria. Their telephone number as well as their fax details are made available just in case you need more information from them at your own convenience. 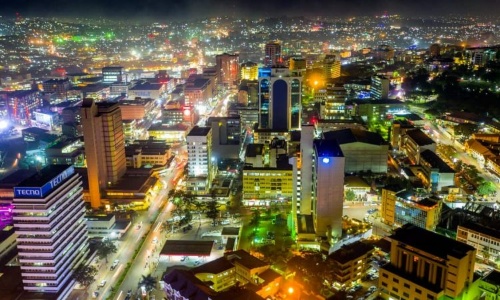 Uganda is a country situated on the eastern part of Africa. Its capital and main city is Kampala. The country is landlocked, that is, it is entirely surrounded by land with no access to the sea. The country’s currency, the Ugandan Shilling is her official medium of exchange. Irrespective of being landlocked, Uganda is home to quite a number of large lakes.

The most popular lake in the country is the Lake Victoria which is the largest lake in Africa. This lake shares her surrounding environment with many islands. Kampala, the Ugandan Capital is situated near Lake Victoria. Apart from Lake Victoria there, there are other prominent lakes in the country also, namely, Lake Albert, Lake Edward, Lake George and Lake Kyoga.

Neighbouring countries which share borders with Uganda include South Sudan, the Democratic Republic of Congo, Kenya, Rwanda and Tanzania. The eastern African country has a variety of beautiful landscapes which surround the snow-capped Rwenzori Mountains and the popular Lake Victoria.

The official langauge spoken in Uganda is English. Many citizens of this country, especially the educated ones speak the English language. However, there are three major indigenous languages in the country, which are, Bantu, Central Sudanic, and Nilotic. In addition to that, Swahili and Luganda are also widely popular in the eastern African country.

Below is a list of the largest ethnic groups in Uganda

The eastern African country ranks as one of the poorest in the world. Notwithstanding, if you are there on holiday, you will be treated to a nice time with unforgettable experiences as Uganda has some great tourist destinations which include:

Uganda’s abundant wildlife includes rare birds which you may never come across except you visit there, hippos, elephants, buffalos, chimpanzees, gorillas, cheetahs, lions as well as giraffes. The best time for wildlife viewing is during the dry season as this gives you the opportunity to see as many animal species as you want. The rainy season is not really favourable due to the nature of some impassable roads by that time.

The official contact address of the Embassy of Nigeria is as follows:

Their Telephone number is: