This article is about the types of courts in Nigeria and their functions. There are different types of courts in Nigeria and when counted, we have eight all together. These courts exist in heirarchical order meaning that they are categorized from the highest to the lowest with those directly above the others being superior to the ones below them; all performing different functions or roles that are duly specified in the constitution of the Federal Republic of Nigeria. 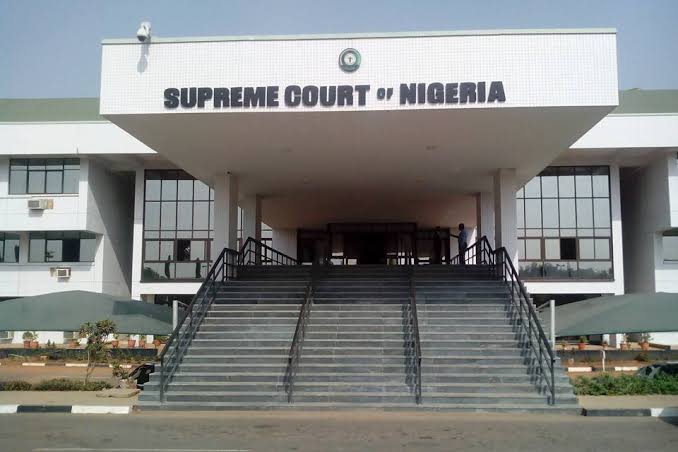 The Nigerian judiciary is one of the three arms or branches of the federal government. This arm of government ensures that they apply the laws governing the country to specific cases and settle all disputes that are brought before them through the courts. By doing this without bias, they make certain that the rule of law is upheld in the country.

The following are the eight (8) types of courts in the country and their roles:

The Supreme Court is the highest court in the land. It became functional in 1963 when Nigeria became a Republic. Under the 1999 constitution as ammended, the apex Court has both original and appellate jurisdictions, and it is the only court in Nigeria that has the authority and jurisdiction to hear appeals from Court of Appeal.

The apex court also has appellate jurisdiction over all the lower federal courts and the highest state courts in the country and every decision rendered by the Supreme Court of Nigeria is binding on all courts in the country except itself. It is currently located in Abuja, the Federal Capital Territory.

The highest Court in the land is composed of the Chief Justice of Nigeria and 21 other justices of the Supreme Court, appointed by the President on recommendation from the National Judicial Council subject to the Senate’s confirmation. They are required to retire after a mandatory service age of 70.

Immediately after the Supreme Court of Nigeria in hierarchy is the Court of Appeal. There are seventy-two (72) courts of appeals in Nigeria presently spread across all six geopolitical zones of the country. The jurisdiction of the appeal court is to hear and determine any question relating to the election, terms of office or vacancy of the office of the president and vice-president as well as governors and deputy governors in the country.

The court of appeal in the country is led by a president, it does not try issues, instead it examines the way issues had been tried by trial courts in order to make sure that the case was properly tried. Its headquarters is located at Three Arms Zone, Abuja.

The Federal High Court is the third highest court in the hierarchy of courts in Nigeria just below the Court of Appeal and the Supreme Court. It is presided over by a Chief Judge and has a number of Judges allowed to function under the instructions of the National Assembly. It is located in more than fifteen (15) states of the country.

The Federal High Court can function properly if there is at least one Judge of Court. It has original jurisdiction in civil cases and matters relating to the revenue of the Federal Government of Nigeria such as taxation, customs, and excise duties, banking, copyright, admiralty, citizenship, to mention but a few.

State High Courts are like Federal High Courts but at State level. They were established through Section 255 of the 1999 Constitution as ammended, that allows for the siting of a High Court in each of the States in the federation and the FCT. Every State high court is headed by a chief judge.

The number of judges at the State High Courts are determined by the State Houses of Assembly and the National Assembly in the case of the High Court of the FCT. Their jurisdiction under the 1999 Constitution involves matters regarding civil and criminal cases and they can hear appeals brought to them from Customary Courts, Area Courts, Magistrate Courts, etc.

The NIC has all the powers of the High Court of a State and the appellate jurisdiction. Its headquarters is located at 11, New Bussa Close, Area 3, Garki, Abuja and there are a number of National Industrial Courts in different States of the country.

The Sharia Court of Appeal is an appellate court under the Federal Government of Nigeria. It is a federal court that is part of the unified courts system which exists in the Northern part of the country, especially the North-East where Sharia is practiced in full and Abuja, the Federal Capital Territory.

This court does not interpret the common and ordinary laws of other regions in Nigeria as its appellate jurisdiction is mainly to review and interpret civil cases involving Islamic law. The Sharia Court of Appeal is headed by a Grand Kadi and there are a number of Kadis that ensure the smooth running of the court.

Magistrate and/or District Courts are not provided for by the 1999 Constitution of The Federal Republic of Nigeria but by the State Houses of Assembly which establishes them by their orders. These courts performs summary judgments without statements and instructions from the parties involved.

Magistrate and District Courts are the same, the only difference is in their name. Whereas the term “Magistrate Court” is predominantly used in southern Nigeria, the term “District Court” is mostly used in the northern part of the country. These courts are engaged in civil law and each region has their unique rules.