Security agencies in Nigeria are those institutions that have been set by the Federal Government of Nigeria in order to ensure that the laws governing the federation are obeyed and enforced. These security agencies and outfits make sure to carry out their roles as provided for by the constitution of the Federal Republic of Nigeria without interfering with the functions and duties of the others, and the work hand in hand to uphold the internal security of the country. In this post, we shall look at the all the top government security agencies in Nigeria and list their functions. 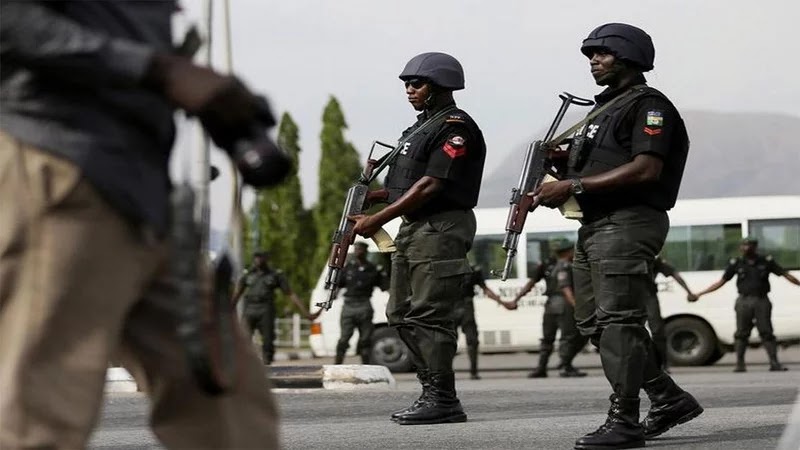 Below, we have given a comprehensive list of the top security agencies in Nigeria and stated their roles as well. This will give an insight as to which security agency does what and will clear the notion that these government institutions are all the same but with different names. By knowing which is which and their defined roles, it will enable you to know the appropriate and relevant security outfit to contact should you encounter any threat whatsoever to your security and the security of those in your immediate environment. Having said that, let us now look at the various federal government security institutions we have in the country presently.

The State Security Service (SSS), also known as the Department of State Services (DSS) is the secret service under the Presidency of Nigeria that is directly under the control of the National Security Adviser. It is the basic domestic intelligence agency of the Federal Republic of Nigeria.

The State Security Service, SSS, is a federal law enforcement agency that is basically charged with gathering information and intelligence within the federation, and it is responsible for the protection of senior government officials in the country, chief of which is the President and Commander-in-Chief of the Armed Forces of the Federal Republic of Nigeria; and also the governors of the 36 states of the nation.

Functions of the Department of State Services, DSS include the following:

The National Intelligence Agency (NIA) is one of the three successor agencies of the defunct National Security Organization. It is a Nigerian security agency that is basically tasked with overseeing foreign intelligence and counterintelligence operations.

The NIA was birthed after the National Security Organization (NSO) was dissolved and Nigeria’s security services were restructured. This happened in 1986 when decree Number 19 was set in motion as a fulfilment of one of the promises of the Ibrahim Babaginda regime during his tenure as Nigeria’s Military President.

The head of the DIA is the Chief of Defence Intelligence (CDI) who is appointed by the President and Commander-in-Chief of the Armed Forces of the Federal Republic of Nigeria.

The functions and roles of the Nigerian Military include the following:

The Nigerian Army, NA is the land division of the Nigerian Armed Forces. It is also the largest among the armed forces. The Nigerian Navy, NN operates on the sea and territorial waters of Nigeria. The naval headquarters is situated in Abuja with three operational commands with centres located in Lagos, Calabar, and Bayelsa, with a training command centre located in Lagos.

The Nigerian Air force was established in January 1964 with technical assistance from West Germany. This agency started as a transport unit with an aircrew that was trained in Pakistan, Canada and Ethiopia. It was not until a number of MiG-17 was presented by the Soviet Union in 1966 that the air force was given a combat capability.

The Nigerian military is headed by the Chief of Defence Staff, who reports to the Minister of Defence, who ultimately reports to the President and Commander-in-Chief of the Armed Forces of the Federal Republic of Nigeria.

The Nigerian Immigration Service, NIS is the security agency in Nigeria tasked with the responsibility of handling everything regarding the migration of people in and out of the country.

The NIS was established in 1958 and it was carved out of the Nigerian Police Force to undertake border surveillance and control and migration management.

Functions of the Nigerian Immigration Service include the following:

The Nigerian Security and Civil Defence Corps (NSCDC), is a para-military security agency in Nigeria that is commissioned to provide measures to counter the threat and any form of attack or disaster against the country and its citizens. The corps is statutorily empowered by lay Act No. 2 of 2003 and amended by Act 6 of 4th June 2007.

The Corps is empowered to institute legal proceedings by or in then and of the Attorney General of the Federation in accordance with the provisions of the constitution of the Federal Republic of Nigeria against any person or group of people that are suspected to have committed an offence, maintain an armed squad in order to bear fire arms among others to strengthen the corps in the discharge of its statutory duties.

The NSCDC was first introduced in May 1967 during the Nigerian Civil War within Lagos, the Federal Capital Territory of Nigeria as at that time in order to sensitize and protect the civil populace. By the time of its creation, it was then known as Lagos Civil Defence Committee.

It later evolved into the present day Nigeria Security and Civil Defence Corps in 1970. At the time of establishment, the Corps had the objective of carrying out some educational and enlightenment campaigns in and around the former Federal Capital of Lagos to educate members of the civil populace on enemy attacks and how to save themselves from danger as most Nigerians living in and around Lagos territory then had little or no knowledge about war and its implications.

Members of the Committee made sure to educate the public through electronic and print media on how to guide themselves during air raids, bomb attacks, identify bombs and how to dive into trenches during bomb blast.

In 1984, the NSCDC was transformed into a National security outfit and in 1988, there was a major re-structuring of the Corps that paved the way for the establishment of Commands throughout the Federation, including Abuja, and the addition of special functions by the Federal Government.

On June 28, 2003, an Act to give statutory backing to the NSCDC passed by the National Assembly was signed into law by Chief Olusegun Obasanjo, GCFR, the former President and Commander-in-Chief of the Armed Forces, Federal Republic of Nigeria.

According to Wikipedia, the functions of the NSCDC include the following:

The Nigerian Police Force is the primary security agency in the country that is empowered to maintain law and order. They make certain that the laws of the government are implemented and enforced and offenders are arrested and brought to book.

According to Section 214 of the 1999 Nigerian Constitution, it states that “There shall be a Police Force for Nigeria, which shall be known as the Nigeria Police Force, and subject to the provision of this section no other Police Force shall be established for the Federation or any part thereof”.

This cemented the place of the Police as the principal law enforcement agency in Nigeria.

Section 4 of the Police Acts and Regulations lists the duties and functions of the Nigerian Police Force to include the following:

The National Drug Law Enforcement Agency (NDLEA) is a federal government security organization in the country that is tasked with the responsibility of getting rid of the growing, processing, manufacturing, selling, exporting, and trafficking of hard drugs. This top paramilitary agency in Nigeria was established by Decree No. 48 of January 1989 (now an Act of Parliament), although it traces its origins to as far back as the year 1935 when the Dangerous Drugs Ordinance was enacted to keep drug trafficking and abuse in check.

The following are the functions of the NDLEA:

All the aforementioned security agencies in Nigeria are the top security organizations in the country and their various functions. While these federal government parastatals are different, they are also interrelated for the purposes of ensuring that lives and properties are properly safeguarded and that incidences of terrorism and insurgency are greatly checked and put to a stand still.