This article contains a comprehensive list of all major cultural festivals in Nigeria and where they are celebrated. Nigeria is blessed with human resources and diverse cultural heritage, a vast majority of it being showcased at top level events in the country which brings a large number of people together in order to appreciate the different cultures and traditions of most of the various tribes in the country. What this post is all about is to highlight the top festivals in Nigeria and their locations. These places where they originate from will give you an insight on what the festivals are really all about. 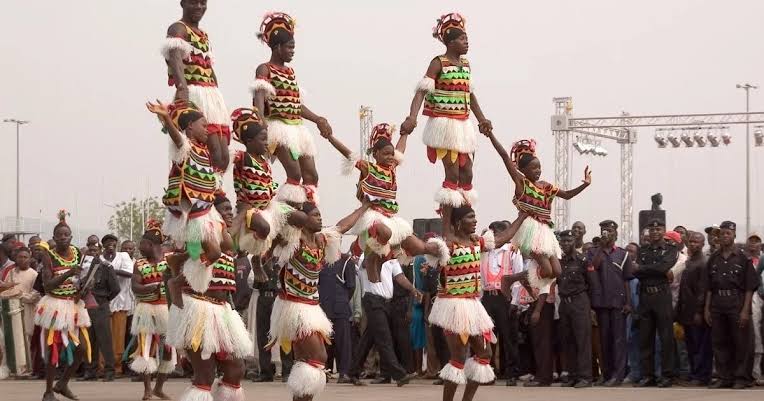 In our nation today, there are many important festivals that are hosted every year, these festivals are fun and interesting, and quite a number of them have a long and rich history and they attract massive gathering of crowds and tourists, helping to generate huge revenues for the States hosting them as well as the country at large. These festivals promote the different cultures and traditions in Nigeria and quite a number of them are concentrated in States with the most popular spoken languages in Nigeria. We shall look at them in detail as we proceed.

TOP FESTIVALS IN NIGERIA AND THEIR LOCATIONS

These are the top/major festivals in Nigeria and their locations in no particular order:

The New Yam Festival is peculiar to the Igbo people of the South-Eastern part of Nigeria and it is celebrated between August and October every year. Once there is a bountiful harvest of yams in the land, every community will come together to determine the date of their own new yam celebration and they do this independently of other communities within and outside their State.

The new yam festival event is an age long tradition of the Igbo people and it is done to thank God for the harvest. In this festival, roasted yams are cut and eaten with palm oil in a ceremony that strengthens the bond of every member of the community. The yams can be eaten with other dishes on the day of this festival and the side attractions to it are cultural dances, masquerade displays, musical performances to mention but a few. The ceremony is very colourful and it attracts people from far and near.

The Osun-Osogbo festival is a very sacred festival in which the Yoruba religion holds in very high regard. This festival is peculiar to the Yoruba speaking nation of Nigeria and it is held every year in the month of August at the Osun-Osogbo sacred grove, where the Osun River is located, in Osogbo, Osun State, South-West, Nigeria. At this festival, it is believed that the goddess of fertility lives in the Osun River, and whatsoever requests are made to her will be granted. There are many sculptures and sanctuaries dedicated to the goddess of fertility at the location.

The festival attracts a large number of people every year and it lasts for 14 days, a period which starts with the spiritual purification of the town. This spiritual cleansing is known as Iwopopo, then three days later, a 500-year-old sixteen point lamp is lit, after which there is a gathering of the Ataoja of Osogbo and the Arugba, Yeye Osun and a committee of priestesses who bless the event as well as the guests in attendance. At the end of the festival, people walk to the Sacred Grove amid cheerful dancing, songs and drum beats.

The Argungu Fishing Festival is a festival that is held in Kebbi State, in the Northern part of Nigeria and it is an event that lasts for four days. This fishing festival was first held in 1934 to signal the end of hostilities between Kebbi and the Sokoto caliphate and it promotes unity among the participants. The region used for this fishing festival is made up of fertile river areas with much irrigation and orchads and this festival attracts many tourists every year. It is also a healthy competition where the fisherman who catches the largest sized fish goes home with a cash reward.

The Calabar Festival is widely regarded as the biggest carnival in Africa and it was created by the Cross River State government to attract tourists to the State in order to make Calabar the top tourist destination in Africa and the world. The event takes place every year from December 1 to December 31 and it attracts people from all walks of life.

The first event was held in 2004, ensuring the participation of local residents and visitors who bring in businesses and investments that help to boost the economy of the State and it also promotes unity among participating members. The festival is a pure class carnival, it is described as Africa’s biggest street party and it is very colourful and full of fun.

The Lagos carnival is a fun filled carnival organized by the Lagos State government. It is also known as the Fanti or Caretta Carnival of Lagos and is the regarded as the most popular in the whole of West Africa, partly due to the fact that Lagos is a very important City in Nigeria and is a pacesetter among most cities on the continent. This carnival is one of the channels of internally generated revenue for the State.

The carnival usually holds during the Lagos Black Heritage Festival, a colorful festival which holds every year in Lagos. This carnival dates back to the colonial era when Brazilian former slaves returned to these shores and decided to make Lagos their permanent residence sometime in the 19th century. There was a period of hiatus before the carnival was resurrected in 2010. The event  is very colourful with various forms of entertainment involving music and dancing, with people from all walks of life in attendance.

This festival is peculiar to Lagos State and it sees the popular Eyo masquerades in full display in their white costumes and large hats. The festival was originally observed as a ceremony to usher the soul of a departed king or chief into the afterlife while paving a new way for a new leader to emerge.

On the day of the Eyo festival, the central street of Lagos, typically situated at Lagos Island, is prepared and this makes way for a large-scale procession of people who wear white clothes to look like spirits. The first Eyo festival occured in 1854, when citizens honoured the memory of Oba Akintoye and to this day, the festival remains an integral part of the Yoruba concentrated living in Lagos.

Some other festivals in Nigeria and their locations include the following: