In this article, we take a look at the list of top 8 best domestic airlines in Nigeria this 2023. These are the airlines that ply the local routes from one State in the country to the other and do not make international trips. 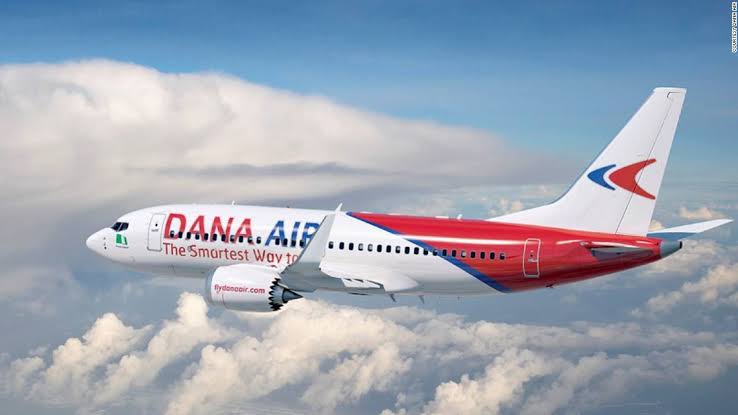 Domestic airlines in Nigeria have increased significantly over the years due to the fact that many people have a preference for interstate flights as opposed to road travel where one has to spend several hours in transit. This time is significantly shortened by air travel and in a matter of minutes, one has gotten to their destination with little or no stress.

As we proceed, we will take a look at the leading domestic airlines in Nigeria today and try as much as possible to give a brief summary about every one of them. Most of these air travel companies have their aircraft domiciled at the domestic wing of major international airports in Nigeria.

Below is a list of the 8 best domestic/local airlines in Nigeria this 2023:

Arik Air is a leading domestic airline company in Nigeria presently. This private airline company has its operation bases at two hubs, each located at the Murtala Muhammed International Airport, Lagos (the main hub), and the Nnamdi Azikiwe International Airport, Abuja, the nation’s capital. In 2006, Arik Air took over the facilities of the defunct Nigeria Airways in Lagos and has since gone on to build on that foundation to become the largest airline operator in West Africa. The airline travels to many domestic destinations in Nigeria and it also embarks on international trips as well.

Aero Contractors of Nigeria was formed in 1959 as a wholly owned airline by Schreiner Airways B.V of the Netherlands. It became a company with initially 40% Nigerian holding in 1973 and subsequently 60% in 1976. In January 2004 Schreiner Airways was bought by Canadian Helicopter Corporation (CHC) who acquired 40% holding of Aero contractors while 60% majority share remained within the Ibru family group. Currently, Aero is wholly owned by the Ibru family.

The Company started in the early 1960s as an air charter operator. From this humble beginning in the 1970′s, Aero has gone on to provide both rotary and fixed wing services to all the major oil, gas and related support companies working in Nigeria and in the West African sub-region. Presently, Aero has grown from oil service provider to a leading regional schedule carrier operator. Since 2000 when the airline commenced scheduled commercial operation, it has emerged to become one of the leading airlines in Nigeria presently.

Aero currently operates passenger services with the Bombardier Dash8 Q300 aircraft (a modern 50-seat pressurized turboprop aircraft) and the Boeing 737-400 and 500 variants with 104 to 144 seats. The company serves Accra in Ghana as well as major cities in Nigeria.

Overland Airways is a Nigerian airline based at the Murtala Muhammed International Airport, Ikeja, Lagos, with a hub located at Nnamdi Azikiwe International Airport, Abuja. The airline began operating in 2002 and it has 9 aircraft in its fleet. Overland Airways flies to 10 destinations around Nigeria which include: Abuja, Akure, Asaba, Bauchi, Dutse, Ibadan, Ilorin, Jalingo and Ikeja.

Air Peace is another leading domestic airline in Nigeria that was founded in 2013. It is headquartered in Ikeja, Lagos State, and currently serves  13 destinations. The airline, apart from its domestic operations in Nigeria, also flies to West African major cities such as Freetown, Banjul, Dakar and Monrovia. The company operates scheduled/charter and dedicated freighter services. Air Peace utilises a mixed fleet consisting of widebody, narrowbody and turboprop aircraft.

Dana Airlines Limited operating as Dana Air is a fully private sector-owned carrier. The airline commenced flight operations on 10 November 2008 and has since its inauguration progressively developed a route network bringing convenience and choice to the flying public. Committed to improving the well-being of customers in all product offerings, Dana Air is focused on bringing to Nigerians, an aviation service that combines the best elements of legacy carriers – world class safety and quality on-board services coupled with latest technology (online services) and operational efficiency of new-age carriers.

Azman Air is one of the fastest growing privately owned Nigerian Airline founded in 2010. The airline which is headquartered at the Aminu Kano International Airport, Kano provides affordable and comfortable flights to different destinations within and outside Nigeria. From her various hubs within the Country, Azman Air currently operates return flights domestically From Lagos to Kano, Abuja, Kaduna, Kebbi, Gombe, Yola, Maiduguri and Portharcourt. Also from Abuja to Kano, Kebbi, Lagos, Maiduguri, Gombe, Yola and Portharcourt. As well as Kano to Kebbi, Lagos, Abuja.

Max Air is a domestic and international airline in Nigeria, that is headquartered in Kano. It is the country’s longest-serving international airline. Max Air was founded in 2008 by business mogul Alhaji Dahiru Barau Mangal, and it operates from the Mallam Aminu Kano International Airport, Kano, and currently has a fleet size of 8 aircraft. The company’s vision is to be the most efficient and excellence driven airline based on safety and customer satisfaction in Nigeria and it’s mission is to pursue and deliver world class excellent services based on efficiency and integrity that would stand them out in the aviation industry.

Ibom Air is a domestic airline in Nigeria that is owned by the Government of Akwa Ibom State. It is the first state owned airline in Nigeria and it was established in 2019. The airline has a fleet of 5 Bombardier CRJ900 aircraft and it currently plies 5 destinations. Ibom Air aims to set the standard as the airline of choice for passengers in Nigeria, West Africa and beyond by focusing on service excellence, hospitality and innovation, coupled with their infusion of style and grace. Their goal is to provide their passengers with a safe, consistent, reliable, comfortable and enjoyable flying experience.