This article is about the top 10 wealthiest men in Nigeria this 2023. They are the most successful people in the country in terms of net worth who have broken new grounds when it comes to the amount of monies made over a period of time in the world of business. These men have distinguished themselves from the rest and continue to do so with consistency such that almost every year, they are featured on the list without fail. 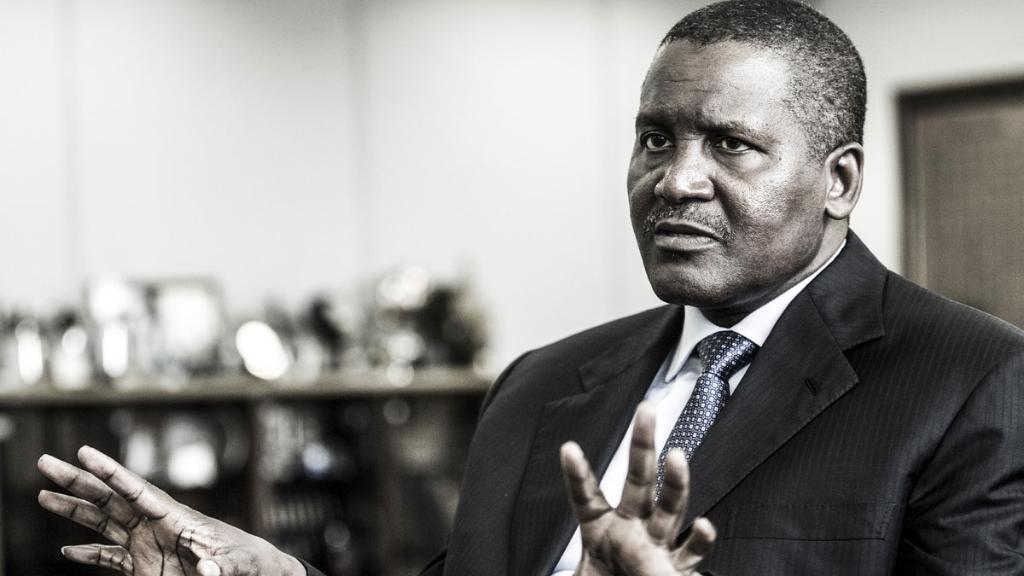 The richest men in Nigeria currently are rated based on Forbes magazine world rankings of the top billionaires on earth and through their list, we took out the Nigerian contingent and arranged them according to their total assets or cash flow for this particular year. Some of the most affluent men in the country, while not featured on Forbes, possess stupendous wealth that sees them ranked in our rich list.

Below is the ranking of the richest men in Nigeria 2023 and their net worth in US dollars:

Aliko Dangote is the richest man in Africa as well as the wealthiest black man in the world. This 2023, he is worth $12.7 billion. He is the founder of the Dangote Group, a conglomerate of businesses which include the following companies:

Dangote Cement is the largest producer of cement in Africa, and Aliko Dangote owns about 85 per cent of the establishment through a holding company. The company produces 45.6 million metric tons of cement every year and it has subsidiaries in ten (10) countries across Africa.

His oil and gas refinery, known as the Dangote Refinery is currently under construction and upon completion, it is expected to be one of the largest oil refineries on earth with its major feature being its world class distillation column, the largest in the world presently.

Mike Adenuga is the second richest man in Nigeria currently, he is into mobile telecommunications and petroleum businesses respectively. Adenuga is worth $7.7 billion this 2023. His wealth is majorly as a result of his ownership of Globacom, Nigeria’s answer to South Africa’s MTN and India’s Bharti Airtel. Globacom currently has over 43 million subscribers in the country.

Mike Adenuga is also the owner of Conoil, a top oil and gas company in Nigeria operating six (6) oil blocks in the Niger-Delta region of the country. While he was studying at Pace University in New York, USA for his MBA, he supported himself as a student by working as a taxi driver.
the company.

Femi Otedola is a business tycoon and philantropist. He is the fourth richest man in Nigeria with interests in oil and gas, real estate, shipping and finance. Otedola is the former owner and Chairman of Forte Oil, which he has since sold in 2019 to Prudent Energy and Services.

Otedola Sold 75 per cent of his controlling stake at Forte Oil to the new conglomerate which is ultimately owned by Abdulwasiu Sowami and the company has since February 2020, been operating under its new name, Ardova Plc. His father, Michael Otedola was the 9th governor of Lagos State between 1992 – 1993. His current net worth in 2023 is $5.9 billion.

Abdulsamad Rabiu is the founder and owner of BUA Group, a conglomerate of businesses involved in cement production, sugar refining and real estate. He is the third richest man in Nigeria this 2023 and he is worth $4.5 billion.

In 2009, the billionaire’s company acquired a controlling stake in a publicly listed Cement Company in the Northern part of Nigeria and began to construct a $900 million cement plant in Edo State. The cement plant was completed in early 2015. Abdulsamad Rabiu has a stake in BUA Oil and Mill, BUA Estate, BUA Sugar, BUA Port, and terminal etc.

In 2020, his privately owned company, Obu Cement merged with Cement Co. of Northern Nigeria, a listed company in the Nigerian Stock Exchange to become BUA Cement with the billionaire owning a 98.5 per cent stake in

Orji Uzor Kalu is former governor of Abia State between 1999 – 2007 and the current senator representing Abia North in the red chamber of Nigeria’s National Assembly. He is the richest Igbo man in Nigeria and the chairman of SLOK Holding, The Sun Newspapers and New Telegraph.

Theophilus Danjuma is a retired general of the Nigerian Army. His net worth this 2023 is $1 billion, making him the sixth richest man in Nigeria presently. He is a business mogul with major interest in oil and gas, and he is also into philanthropy.

This retired army chief is very much a part of Nigeria’s political history, being actively involved in the January 1966 counter-coup that led to the Nigerian Civil War. He would later be involved in the military exercise that freed Jaja Wachuku from detention by the Ojukwu government towards the end of the civil war.

Theophilus Danjuma was the Chief of Army Staff from 1975 – 1980 and Minister of Defence under the civilian rule of President Olusegun Obasanjo between 1999 – 2003. He retired from military service in 1979 and has since gone on to pursue other interests.

Tony Elumelu is the chairman of United Bank for Africa (UBA), Heir Holdings, Transcorp and the founder of Tony Elumelu Foundation, a non-profit organization established in 2010 that has empowered many bright and upcoming entrepreneurs on the African continent. He is the seventh richest man in Nigeria with a net worth of $900 million.

He is a graduate of the most prestigious business school in the world, the Harvard Business School and he is popularly known for his role in the acquisition of Standard Trust Bank, integrating it into one truly Pan-African financial institution, the United Bank for Africa (UBA) with several branches in nineteen (19) African countries and counting.

Jim Ovia is a businessman as well as the founder and chairman of one of Africa’s most stable banks, Zenith Bank. He is also the founder of Visafone Communications Limited which has since been acquired by MTN in a ₦47.5 billion deal in 2018.

Jim Ovia is the eight richest man in Nigeria presently with a net worth of $800 million. Some of the businesses he oversees are: The Nigerian Software Development Initiative (NSDI), Cyberspace Network Limited and the National Information Technology Advisory Council (NITAC) where he serves as chairman. He is also a member of the Honorary International Investor Council as well as the Digital Bridge Institute (DBI).

Pascal Dozie is a businessman and the founder of Diamond Bank which has since been acquired by Access Bank in 2018. He is the chairman of Pan-Atlantic University. He is a former President of the Nigerian Stock Exchange as well as the former chairman of MTN group, a company he still has shares in.

This business magnate is the ninth richest man in Nigeria with a net worth of $700 million dollars and his wealth comes from the multiple businesses he has created over the passage of time as well as the many companies he has worked at during the course of a distinguished professional career.

His vast wealth stems from various interests in the oil and gas industry, the marine industry, as well as in the financial services sector. Oba Otudeko also has interests in real estate. He has been appointed to different top positions in the banking sector during his time as an active career person in banking.