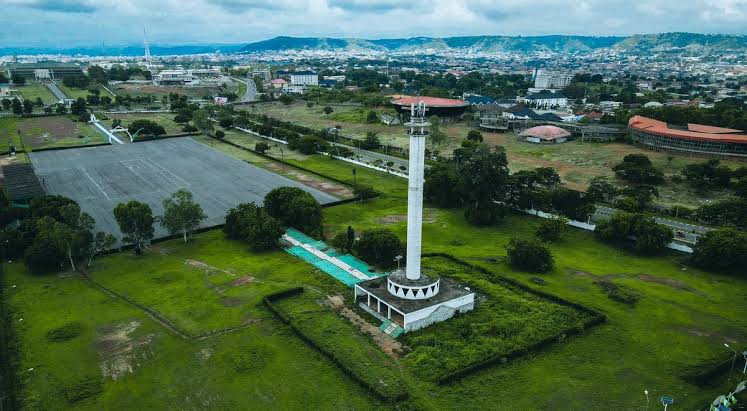 Of a truth, our country Nigeria, which is the most populous black nation on earth, with over 200 million people and more than 300 ethnic groups and tribes that are resident in the 36 States, and the Federal Capital Territory, is plagued with certain recognised security issues, chief of which is the Boko Haram terrorism in Northern Nigeria, particularly in the North-East, herdsmen/bandit attacks in different parts of the country, incessant kidnappings both in the northern and southern geopolitical zones of the country as well as militant insurgency peculiar to the Niger Delta region.

But that does not in any way affect many other parts of the country that have for so long, maintained the peace and harmony that has over the years, made them a safe haven for many of their indigenes, residents and visitors. In Nigeria today, there are many places that are very peaceful and safe, and without further ado, we shall be looking at the leading States in the federation where peace thrives and their inhabitants are happy living in them, while going about their daily activities without fear. They are discussed below.

The following are the top 10 most peaceful and safest States in Nigeria to live in this 2021 in no particular order:

The reason why Enugu State is very safe for its inhabitants is because the crime rate in the State is very low with a few exceptions here and there when compared with some other places in Nigeria that are known to have security issues and high crime rates. Enugu State is home to the University of Nigeria, Nsukka, one of the oldest universities in Nigeria, as well as the Awhum Caves and Waterfalls. Other tourist destinations in this peaceful State include: Polo Park Mall, Nnamdi Azikiwe Stadium, Milken Hills, Udi Hills, to mention but a few.

Osun State is yet another very peaceful State in Nigeria today. This Yoruba speaking State is very safe and it is hardly ever in the news for bad press. Terrorism, insurgency, killer herdsmen and bandit activities are not peculiar to Osun State, and these are major reasons why the State is very safe in Nigeria today. Ile-Ife, in Osun State is the cradle of Yoruba civilization and Osogbo is its capital and largest city. The state was created in 1991 from parts of Oyo State but it has a very rich history going all the way back to prehistoric times.

Osun State shares its borders with Kwara State to the northeast, Ekiti and Ondo States to the east, Ogun State to the south, and Oyo State to the west and northwest. The major vegetation in the State is the tropical rain forest vegetation and it is home to the Osun River, one of the major rivers as well as part of the longest rivers in Nigeria.

Lagos State is the richest State in Nigeria, it is also the most populated State in the country, as well as one of the oil producing States in Nigeria today. Lagos, being the commercial nerve Centre of Nigeria and the Centre of excellence, is among the most peaceful and safest States in Nigeria to live in today. The State ranks highly for effective security systems that check vices in the society and it has zero tolerance for terrorism, insurgency, cultism, kidnapping, robbery, to mention but a few. Lagos State also has a list of emergency helplines to contact in the case of a security threat or emergency. Many of the State roads are equipped with CCTV cameras to check vices and at nights the streets are well lighted to greatly reduce crime incidences.

Ekiti State is also one of the Yoruba States in the South-Western part of the country. It ranks as one of the most peaceful States in Nigeria today. Ekiti is not notorious for violence and other social vices and the State is very welcoming to visitors and tourists. This very peaceful State in Nigeria is made up of 16 Local Government Areas. Agriculture is the main occupation of the people of Ekiti, and it is the major source of income for many in the State.

Agriculture provides income and employment for more than 75 per cent of the population of Ekiti State. Some of Ekiti’s agricultural produce are cash crops such as cocoa, oil Palm, kolanut, plantain, bananas, cashew, timber, rice, yam, cassava, maize and beans. The State is also rich in natural mineral resources such as cassiterite, columbite, clay, bauxite, feldspar, to mention but a few. Ado-Ekiti is the Capital and largest City of Ekiti State.

Kwara State is yet another one of the safest States in Nigeria to live in today. It is located in the western part of the country and is part of the North-Central geopolitical zone for political reasons. This predominantly Yoruba State has a very low crime rate making it one of the most peaceful States in Nigeria currently. Ilorin is the Capital and largest city of the State.

Ebonyi State is a State located in the South-Eastern part of the country. It is an Igbo State carved out of Enugu and Abia States respectively, and it is one of the most peaceful States in Nigeria today. Along with Enugu State, Ebonyi is home to the Wawa people, a group of very industrious, friendly, peace loving and very accommodating people in Nigeria. Crime rate in Ebonyi State is very low and it is very uncommon for the State to receive negative press in that regard. Ebonyi State has Abakaliki as its Capital and largest city.

Kebbi State is also located in the northern part of Nigeria and it is a predominantly Hausa/Fulani State. It is also a Muslim State that was carved out of Sokoto State in the year 1991. Terrorism, insurgency, violence and many other different social vices are not things readily associated with Kebbi State as it is one of the safest and most serene places in Northern Nigeria. Birnin-Kebbi is the capital and largest city in Kebbi State.

Located in the South-Western geopolitical zone of Nigeria, Oyo State was one of the three States carved out of the former Western State of Nigeria in 1976. Oyo State consists of 33 Local Governments and 29 Local Council Development Areas. The State is very peaceful and is very welcoming to visitors and tourists. Its Capital and largest city is Ibadan.

Ondo State is known as the Sunshine State and it is one of the safest States to live in Nigeria today. Ondo State is located in the South-western part of Nigeria, it is predominantly a Yoruba speaking State and it was created on February 3, 1976 from the former Western State. The State included what is now Ekiti State, which was split off in 1996 and Akure is its capital and largest city.