This is a full list of the top 10 richest politicians in Nigeria this 2023. These affluent politicians in the country have been in politics for several years spanning several generations that they have made enough wealth to boost their net worth considerably and significantly. We shall discuss about them and their source of wealth in detail as we continue. 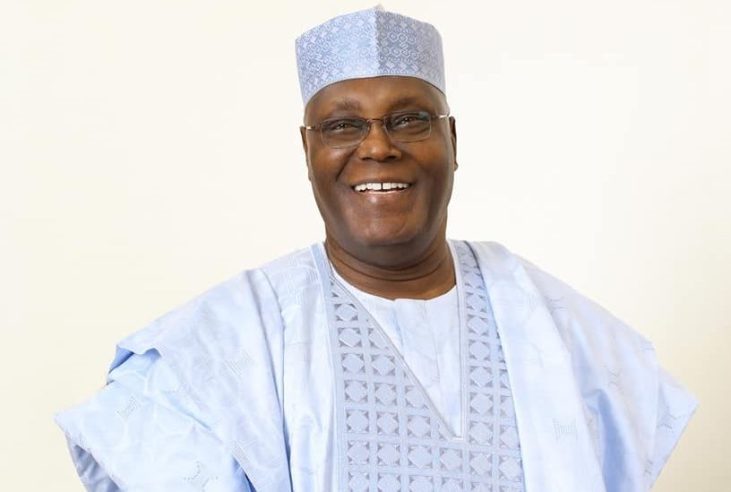 Make no mistake about it, the wealth of most of these Nigerian politicians is mind blowing and because of their firm grip on political power or the many top contacts and connections they have in politics and business, they continue to amass serious money that can last for a lifetime and secure their generations yet unborn.

These politicians are wealthier than some of the businessmen we celebrate in Nigeria presently bar a few but they go about their business very shrewdly that you would think the businessmen reign supreme and are at the top of the food chain when it comes to measuring vast wealth. Without further delay, we have listed the richest politicians in Nigeria and their net worth this 2023 below.

TOP 10 RICHEST AND WEALTHIEST POLITICIANS IN NIGERIA AND THEIR NET WORTH 2023: FULL LIST

These are the richest politicians in Nigeria 2021 listed and discussed as follows:

Even when not actively in politics in recent times, Ibrahim Badamasi Babangida, popularly known as IBB and Maradona, is the richest politician in Nigeria 2023. He is the first and only Military President of Nigeria and a former Army General. He served as military president between 1985 and 1993 and his net worth is estimated at a staggering $8.5 billion.

During his administration, IBB was introduced the Structural Adjustment Program (SAP) to diversify the economy and significantly reduce Nigeria’s overdependence on crude oil. He also developed other policies that helped in reviving the economy under his tenure. His net worth stems from his military career where he amassed great wealth and presently, he owns 26% shares in Globacom Nigeria, 65% in Fruitex International London as well as other real estate investments he has scattered all over the country.

Olusegun Obasanjo is also one of the richest politicians in Nigeria. A two-time President of the country from 1999-2007 and a one time military head of state between 1976-1979, he has been in politics long enough that his political career has given him too much wealth and fortune. Obasanjo, also known as OBJ is so wealthy that his wealth has rubbed off on his children particularly, Iyabo Obasanjo, the most popular of his children who ventured into politics like her father and became a senator of the federal republic.

Olusegun Obasanjo is a shrewd businessman who owns one of the largest poultry farms in the whole of West Africa. He also owns oil wells and shares in different top companies and organizations in Nigeria and outside our shores. Some of these companies include MTN Nigeria, Oando, First bank, to mention but a few. President Obasanjo is also the owner of Bells University of Technology, a leading private university in Nigeria.

Bola Ahmed Tinubu is a very influential politician in Lagos State and Nigeria in general. When it comes to lan and real estate, this politician is extremely wealthy. He was a senator of the federal republic and the former governor of Lagos State from 1999-2007. He is also the Asiwaju of Lagos and the Jagaban of Borgu Kingdom in Niger State as well as the leader of the ruling All Progressives Congress (APC).

When it comes to politics in Lagos, Tinubu is the most powerful and it is rumoured that almost half of Lagos is owned by him with many investments here and there traced back to him. He owns some of the top companies and real estate in Lagos such as The Nation’s Newspaper, Oando oil company, TVC, Radio Continental, Oriental Hotel in Victoria Island, to mention but a few. Asiwaju is super wealthy and his net worth this 2022 stands at $8 billion.

Another one of the richest politicians in Nigeria is Atiku Abubakar, former vice president of Nigeria and the current Waziri of Adamawa State. He is also the presidential flag bearer of the People’s Democratic Party (PDP). Make no mistake about it, Atiku is super rich, this is the man in summary.

His many years as a customs officer which resulted in his elevation to the position of Deputy Comptroller-General of Customs set the ball rolling for his attainment of great wealth and fortune. During his years as a customs officer, he ventured into real estate and was successful in it. Today, he ranks as the largest private employer of labour in Nigeria with close to 100,000 employees working for him.

He is the owner of the American University of Nigeria, Yola (AUN), a prestigious private university located in Adamawa State as well as Adama Beverages Limited, Yola. He also owns an animal feed factory, over 30,000 hectares of land in Yola for agriculture, and a well-managed rice farm. Atiku has a current net worth of $7 billion.

Prior to that, he has been in politics for several years, amassing wealth in the process. He owns many landed properties both within and outside Imo State as well as many secondary schools spread all over the country under his foundation, The Rochas Foundation. Rochas is currently worth $6 billion.

Adams Oshiomole is a former labour leader as well as the former governor of Edo State. He is the erstwhile national chairman of the ruling All Progressives Congress (APC) as well as one of the richest politicians in Nigeria this 2022. During his time as the president of the Nigeria Labour Congress, NLC, he led many protests and strike action against the federal government on the poor treatment of their workers especially when it involved payment of government workers.

He was very vocal as NLC president and this won him the admiration of all, setting the stage for him to go on to even bigger things by becoming governor of Edo State. His tenure as governor was marred by corruption and under his administration, he became very rich and powerful. He has a multi-billion dollar mansion, 3 private jets, properties abroad and shares in many multinational companies in Nigeria. His position as incumbent chairman of the APC has also improved his net worth which currently stands at $5 billion.

Ben Murray Bruce is one of the most influential politicians to come out of Bayelsa State. He is a former Director-General of the Nigerian Television Authority, NTA, a former Senator of the federal republic and the Chairman of the Silverbird Group. Ben Murray Bruce is one of the politicians in Nigeria who made their money neatly and has never been under the radar of any anti-graft agency for corruption charges.

He is a shrewd businessman that has successfully built a fortune out of the Silverbird Group alongside his brothers, one of which is Guy Murray Bruce, President of Silverbird Entertainment. Senator Ben Murray Bruce is currently worth $4.5 billion.

Ifeanyi Ubah is one of the richest Igbo men in Nigeria. He is a billionaire businessman who hails from Anambra State and is the owner of Capital Oil and Gas Limited, one of the largest indigenous oil companies in Nigeria and Africa at large. Ifeanyi Ubah is currently serving as the senator representing Anambra South at the Nigerian Senate and his wealth is very impressive.

This wealthy politician has business interests in real estate, oil and gas, transportation as well as football. He owns the Nigerian Men’s Professional Football Club, Ifeanyi Ubah FC, which has partnership with Premier League side, West Ham United. He is currently worth $4 billion.

Dino Melaye is one of the richest and most flamboyant politicians in Nigeria presently. He hails from Kogi State and was a senator representing Kogi West Senatorial District in the 8th National Assembly. He loves cars and has plenty of luxury cars in his fleet some of which cost a fortune.

One of his cars, the Bugatti Veyron which cost ₦616 million, he also has 3 Roll Royce cars that cost a combined ₦428 million, a Lamborghini Hurrican which costs ₦86.7 million, 2 Mercedes G-Wagons, a Bentley Continental valued at ₦71 million and a multi billion Naira mansion in Abuja, the Federal Capital Territory. Senator Dino Melaye is currently worth $3 billion.

Chibuike Rotimi Amaechi is the last but not the least on our list of current richest politicians in Nigeria 2023. He hails from Rivers State and was a former Speaker of the Rivers State House of Assembly before becoming Governor of Rivers State. He is currently Nigeria’s Honourable Minister of Transportation.  Amaechi has been in politics long enough to amass the kind of wealth that he has. He is currently worth $2 billion.