This article is about the top 10 richest Igbo gospel musicians in Nigeria and their net worth this 2023. These music ministers may not necessarily sing in the Igbo language as a vast majority of them worship in English to gain a massive following across the federation. That notwithstanding, we will see just how many of them rank as the wealthiest in the country currently as we proceed. 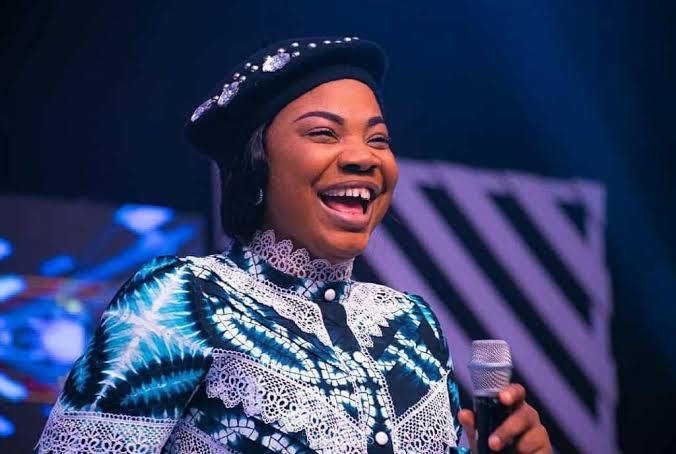 The reason why many of these well-to-do Igbo gospel artistes minister in the English language is as a result of the fact that a major binding factor in a multilingual nation such as ours is our lingua franca which guarantees a wider audience, that is not to say that there aren’t any gospel artistes of Igbo descent who do not minister in their mother tongue.

As a matter of fact, they are many but for the purposes of this article, we will give you a mix of gospel artistes from the South Eastern part of Nigeria who minister either in English or in Igbo, who rank today as some of the most affluent to ever come out of Igboland as far as gospel music is concerned.

Gospel musicians in Nigeria today are very well known as their secular contemporaries. Gone are the days when they sing songs that are not of the required quality to catch and keep the attention of their listeners. The Christian music genre has evolved over the years to what it is today as many of the songs in this category of music are inspirational and soul lifting from what is obtainable in their lyrics, commanding national and international recognition in the process and projecting the gospel artiste to the world stage.

This has translated to huge returns on investment for these gospel musicians, especially those of Igbo origins who with their gospel ministrations, have been able to command great wealth as a result of their God-given talent. Going forward, we present to you, our esteemed readers, a comprehensive list of the leading gospel music ministers of Igbo origins in Nigeria and their net worth presently. You can also check out our article on the richest gospel singers in Nigeria today.

The following are the 10 richest Igbo gospel music ministers in Nigeria and their net worth this 2023:

Frank Edwards is the richest Igbo gospel musician in Nigeria this 2023 with an estimated net worth of $900,000. The supremely gifted instrumentalist and singer-songwriter is the CEO of Rocktown Records music label. This popular Nigerian Igbo gospel music minister is a member of Believers Loveworld, also known as Christ Embassy, which ranks as one of the largest Pentecostal Churches in the country currently.

Frank Edwards is the King of Gospel Rock music in Nigeria and there is none other that can boldly lay claim to that title. He hails from Enugu State and has grown from relatively modest backgrounds to one of the country’s biggest exports in terms of gospel ministration to the world. Frank Edwards in the course of his music career has shared the stage with some of the biggest gospel artistes in the world which include Don Moen, Donnie McClurkin, to mention but a few.

Frank Edwards, whose most popular song till date is “You Too Dey Bless Me O”, has of course earned national and international recognition for his soul lifting songs and through his album sales, live performances, collaborations with other local and international gospel musicians and various endorsement deals, he has been able to rise to the top and sit there as the most affluent gospel musician of Igbo origin in Nigeria today.

Osinachi Egbu (nee Kalu), popularly known by her stage name, Sinach is the second richest Igbo gospel musician in Nigeria today with an estimated net worth of $750,000. She is a multiple award-winning Nigerian Gospel artiste who hails from Ebonyi State and is credited with more than 150 songs, spanning 12 albums till date.

Like Frank Edwards, Sinach attends Christ Embassy and her music career began while she was a chorister at the church. Sinach is widely known the world over for her evergreen song, “Way Maker”. The song, which was released in 2015 has continued to receive massive recognition locally and internationally. The visuals for Way Maker is currently the second most watched Nigerian music video on YouTube. In March 2019, it became the third Nigerian video to reach 100 million views on YouTube behind Davido‘s “Fall” and Yemi Alade’s Johnny”.

The song “Way Maker” has been covered by over 60 Christian international artistes such as Michael W. Smith, Darlene Zschech, Leeland, Bethel Music, and Mandisa and in many languages as well. In 2020, during the first few weeks of the Coronavirus pandemic and lock down, Way Maker was the go-to song, as several viral videos in hospitals and parks were made with large numbers of people singing the song.

After being on the Christian Copyright Licensing International top 100 chart for several months in 2020, it claimed the No. 1 position in June up to December 2020, ensuring that it the most played song in Churches across the United States for 2020. Sinach continues to dominate the gospel music scene in Nigeria today with her supreme talent.

Ranking at number three in our list of top 10 Igbo gospel musicians in Nigeria today is Eben with an estimated net worth of $600,000. This popular talented gospel artiste whose real name is Emmanuel Benjamin, is the husband to Jahdiel, another popular gospel music artiste in the country. Eben discovered his passion for singing in 1997 in the youth choir at Living Faith Church (Winners Chapel) but he later moved to Christ Embassy in 2006 when he came into limelight.

Some of his songs which shot him up to fame include “God Dey” and “Imaramma”. Eben has a record label called Hammer House of Rock, with a business arm called the Hammer House Ventures, which specializes in video and music production, event management and interior decoration. This alongside his album sales, live performances, endorsements, etc, has made him one of the wealthiest Igbo gospel musicians in the country today.

Popular Nigerian gospel music power couple, Prince Gozie and Princess Njideka Okeke are the fourth richest gospel artistes of Igbo origin in Nigeria with a combined estimated net worth of $550,000. Their song “Akanchawa” is the most popular of all songs they have ever made and it remains a favourite of many Igbo people to this day. The couple made their name through spirit lifting songs that served and still serve as a source of inspiration to millions of their listeners, and by selling out many album copies, as well as through many live performances, they have been able to amass great wealth in the course of their music career.

Rev. Fr. Ejike Mbaka is a fearless Catholic Priest who has over the years blessed us with so many inspiring gospel songs, chief of which is “Ebube Muo Nso”. He is currently ranked fifth in our list of richest Igbo gospel artistes in Nigeria with an estimated net worth of $400,000. Father Mbaka is the convener of the famous Adoration Ministries Enugu Nigeria (AMEN) through which he has blessed numerous people all over the country with his ministrations. Irrespective of his recent political controversies, he remains of the most respected and most powerful Catholic Priests in Nigeria today.

Mercy Chinwo is currently the sixth wealthiest Igbo gospel musician in Nigeria with an estimated net worth of $350,000. She rose to fame after winning Nigerian Idol Season 2 in 2012 and since then, she has never looked back. The singer was born and raised in Port Harcourt, the Rivers State Capital, and upon the death of her father, she assumed parental role, taking care of her other siblings in the process while ensuring that her music career was taken really seriously.

Today, Mercy Chinwo has a number of albums that are Holy Spirit inspired and are soul and spirit lighting to her credit. Her most popular song to date is “Excess Love” which was released in 2014, and is still a hit even today. She has shared the stage with a host of national and international gospel musicians and has been able to make serious money from her gospel music career in the process.

Evangelist Amaka Okwuoha, popularly known as Chioma Jesus is a Nigerian gospel singer and songwriter. She is the seventh richest Igbo gospel artiste in Nigeria currentlyShe was born on August, 12 1972 in Abia State and she hails from Imo State. She rose to fame when she released the the hit song “Chioma” in 2003

Her music career commenced at the age of 9 when she was a member of her church choir. She later became a soloist, as well as a chorus leader in the Scripture Union Fellowship in her church. Although she wrote her first song in Yoruba, she mostly writes Igbo and sometimes, in English language. She is currently worth an estimated $200,000.

At number eight in our richest Igbo gospel musicians list is Chinyere Udoma, an Evangelist preaching the Gospel of Jesus through songs of the Spirit. She was born in 1976 and is a graduate of the University of Nigeria, Nsukka (UNN). Apart from being a gospel music minister, Chinyere Udoma is also a philanthropist. She has a massive fan base and is very popular for her hit song “Agunechemba”. Chinyere Udoma is worth an estimated $150,000.

Bro. Cornelius Benjamin is a very well known gospel music minister of Igbo origin who hails from Ndundu Uturu Isukwuato Local Government Area in Abia State. He is the ninth richest Igbo gospel musician in Nigeria with an estimated net worth of $100,000 and is very well known for his solemn Igbo hymns. His most popular song to date among a host of hit tracks remains “Onye Ndi Mmuo Ozi Na-ekele “.

Based in Aba, Abia state, Isreal Anyanele is a very popular and anointed gospel music artiste of Igbo origin with more than forty released songs. He is the tenth richest gospel artiste from Igboland with an estimated net worth of $70,000. Israel is known for collaborating with Agape Love Band. His series “N’ulo Nnam N’igwe” has over 17 albums. He is also renowned for the “Ihe Adiwo Mma” series.