This article is about the top 10 richest gospel singers in Nigeria currently in this year 2022. These gospel musicians or music ministers in Nigeria are to Christianity, what secular musicians are to the world of entertainment outside the body of Christ and they are incredibly well-liked, enjoying a massive following that was only a figment of people’s imaginations up until recently. 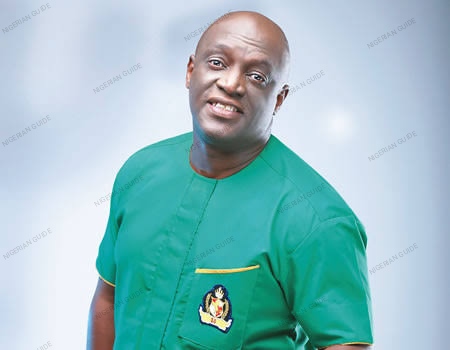 In addition to earning millions of dollars for the talent they possess, several Nigerian gospel musicians are now so well-known that covers of their inspired songs have been recorded in a variety of languages by other well-known gospel artists from around the world. Most of these Nigerian gospel musicians and artists have even performed on stages alongside some of the biggest names in the world gospel music industry, and their influence is only getting started.

As we continue, we will list and discuss the richest and most affluent gospel ministers in Nigeria that make up our top 10 list. You can also check out our list of the richest Igbo gospel musicians in Nigeria today. Having said that, let us proceed.

The following are the 10 richest gospel musicians in Nigeria this 2022 and their net worth:

Sammie Okposo, whose estimated net worth is $1 million, is the richest gospel performer in Nigeria as of 2022. Sales of his albums and live performances at gospel events are how this accomplished music minister and producer, who is also the CEO of Zamar Entertainment and has won numerous accolades, makes his money. He started his musical career at the beginning of 1995, and since then, the number of his well-known songs that are currently being performed in churches all over the continent has increased along with his unwavering dedication.

He released his debut album, “Addicted”, in 2004. He often performs around North America, Europe, and Africa, and he also organizes a series of events dubbed SOPP (Sammie Okposo Praise Party). He has collaborated with a large number of different gospel and soul musicians. Along with well-known gospel vocalist Marvellous Odiete, he co-wrote the song “Follow You”. Kevin Bond, a Grammy Award winning producer, contributed on his most recent album, “The Statement” (2018).

Sammie Okposo, who also works as a soundtrack producer and consultant, is unquestionably the wealthiest Christian musician in Nigeria today. Sammie, the leader of the 12-piece band “D X Generation”, recently received the Best of Africa Award for Music in 2018.

With an estimated net worth of $900,000, Frank Edwards is currently the second-richest gospel musician in Nigeria. He is a Nigerian afro-highlife praise and worship leader and songwriter who is from Enugu State, in the eastern part of the country. Micah Heavens, Gil, Divine, King BAS, Nkay, David, and himself are among the recording artists who are signed to Rocktown Records, a gospel music record label which is owned by Frank Edwards. His primary sources of revenue are live gospel concerts, music album sales, endorsement deals, and songwriting.

Nathaniel Bassey is the third richest gospel singer in Nigeria currently with an estimated net worth of $800,000. This Nigerian trumpeter, singer, composer, and pastor is very well known for his compositions “Imela”, “Onise Iyanu”, “Olowogbogboro”, to mention but a few. He attends The Redeemed Christian Church of God and is the leader of The Oasis Lagos, The Youth Church of the RCCG Kings Court in Victoria Island, Lagos. He is well known for writing upbeat tunes that many Christians have been able to relate to.

Because he loved listening to music so much, Nathaniel Bassey began to play the trumpet and improved his skills. He had somehow grown fond of jazz music and aspired to be a successful jazz musician. He began to follow the music of jazz legends like Louis Armstrong, Miles Davies, Clifford Brown, Charlie Parker, Stan Getz, Kirk Whalum, Phil Driscoll, and Hugh Masekela, imitating their style and playing it himself. Before continuing with his musical career, he worked as a band leader and lead trumpeter for two years.

Nathaniel Bassey took extensive instruction to hone his musical talent. In particular, he attended the Middlesex University Summer School in the UK to study popular music. He has taken music classes both domestically and abroad. Today, he is one of the wealthiest gospel artists in Nigeria and was nominated for Artist of the Year at the 2019 Crystal Gospel Awards.

Osinachi Kalu Okoro Egbu, popularly known as Sinach around the world, is the fourth richest gospel singer in Nigeria today, with an estimated net worth of $750,000. This well-known Nigerian singer, songwriter, and senior worship leader at Believers Loveworld, also known as Christ Embassy, is the first gospel musician to spend 12 weeks at the top of Billboard’s Christian Songwriter chart.

Sinach began her musical career in 1989 and has dominated the gospel industry ever since. Her song “This is your season” won the award for best song of the year in 2008. Her global hit song “Waymaker” has been covered by over 60 Christian international artists, including Michael Smith and Bethel Music. She earns money through album sales, live performances in gospel concerts, as well as endorsement deals.

Eben has an estimated net worth of $600,000 and is currently the fifth-richest gospel musician in Nigeria. He was raised in Lagos, Nigeria, where he was born. He is from a Christian family and attended the Orile Primary School and Community Grammar School in Orile, Lagos. Even started out as a rapper in his singing career in 1997 under the direction of his older brother but later discovered he had a gift for gospel and switched to it.

Gospel artist Eben rose to prominence after his first significant public performance in 2005 at a youth conference hosted by Pastor Chris, where “Imaramma” was first heard. His debut album, “On the Rock”, which included songs such as “Imaramma”, “God Dey”, “Iwo Nkan”, and “I Don Hammer”, was released in 2007. In 2010, he released “Phenomenon”, his second album, which included songs such as “Super Man”, “Imele Papa,” “Siya Mma,” and others. He has since released a third album in 2013.

Lara George is a Nigerian gospel singer, songwriter, and producer. She was born into the family of Oluwole Bajomo in Lagos, Nigeria, and is the sixth richest gospel singer in Nigeria as of 2022, with an estimated net worth of $550,000. Lara George began her musical career at the University of Lagos, where she was a member of the campus fellowship choir. She was also a member of the defunct gospel band “Kush”. In 2008, she released the popular single “Ijoba Orun” from her debut album, “Forever In My Heart”. For the album, she received numerous nominations and awards. She was named Voice of the Year at the Nigeria Music Awards in 2008.

She won Best Vocals Performance (Female) in the 2010 edition of the “Headies” awards. She was named Best African Female Gospel Artist at the 2011 Africa Gospel Music Awards in London, UK. She rose to prominence thanks to the sound of her timeless track, “Ijoba Orun”, which was well-liked by music fans. She also earns money through live performances and a few endorsements.

With an estimated net worth of $550,000, Gozie and Njideka Okeke are the seventh richest gospel musicians in Nigeria today, tied with Lara George. They are best known for their hit gospel song “Akanchawa”, which has remained popular since its release in 2005. The couple made their name through spirit-lifting songs that served and continue to serve as a source of inspiration to millions of their listeners, and they have amassed great wealth in the course of their music career by selling out many album copies as well as many live performances.

One of the wealthiest gospel singers in the country currently, Yinka Ayefele MON is a Nigerian music producer with an estimated net worth of $500,000. He founded the Ibadan-based Fresh FM Radio Station and works as a radio host as well. Ayefele was raised in Ekiti State, where he was born, although he attended Ondo State College of Arts and Science for his education. After completing his education, he briefly held roles as a radio announcer and journalist at the Federal Radio Corporation of Nigeria (FRCN) in Ibadan, where he also wrote songs and radio jingles.

Yinka Ayefele was injured in a car accident in 1997 that left him wheelchair-bound and damaged his spinal cord, but that hasn’t stopped him from being a dominant figure in the Nigerian gospel music scene. The musician earns money through live performances, gospel concerts, social gatherings, album sales, and endorsement agreements.

Tope Alabi, whose current estimated net worth is $450,000, is the ninth-richest gospel artist in Nigeria. This gospel music minister is well-known for her distinctive voice, lyrics, and style, which set her apart from her contemporaries. She typically sings in the Yoruba language. Tope Alabi made her debut in 2001 with her album “Ore ti O Common”, and ever since then, she has remained a mainstay in Nigeria’s gospel music market. Her wealth is a result of her live performances, album sales, and other endorsement deals.

Mercy Chinwo completes this list of the top 10 richest gospel musicians in Nigeria today. She is the tenth richest gospel artist in the country currently with an estimated net worth of $350,000. Mercy Chinwo hails from Port Harcourt, Rivers State and her hit track “Excess Love”, released in 2014 shot her into fame. She has since gone on to greater things and is married to Nigerian celebrity Pastor, Blessed Uzochikwa.