The top 10 richest DJs in Nigeria and their net worth currently in this year 2022 are what we shall be discussing about in this article. These popular Nigerian DJs, or disc jockeys like their counterparts the world over, earn really well. Through their craft which has come to be loved and appreciated by all, some disc jockeys have steadily risen up their professional ladder in Nigeria’s music and entertainment industry to become the best, finest and most powerful DJs in the country, netting massive incomes that has significantly boosted their net worth over the years. 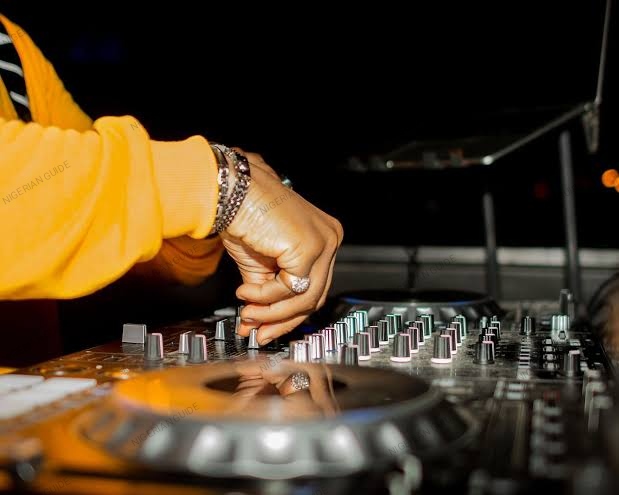 DJs in Nigeria as we have mentioned earlier are entertainers, and they specialize in providing the right music at the right time at any event, whether at bars, concert venues, nightclubs, parties, music festivals, etc, to keep the flow going and sustain the mood at such events. There are many DJs in Nigeria but quite a few standout in this profession, helping them to become very rich and successful in this business and we shall be taking a look at some of Nigeria’s wealthiest and most affluent DJs in a short while.

These high net worth DJs in Nigeria have been able to stay competitive in their career, spanning a good number of years by ensuring that they always improve their skills and generate new music under their own names. DJs spin a continuous mix of music using turntables, software, etc, to maintain the crowd and the majority of the most well-known DJs in Nigeria today also write and produce their own music. Without further ado, let us give a brief run down of ten of the richest DJs in Nigeria today.

TOP 10 RICHEST DJS IN NIGERIA AND THEIR NET WORTH 2022

The following are the 10 richest, most popular and most powerful DJs in Nigeria this 2022:

DJ Xclusive is, without a doubt, Nigeria’s richest DJ right now. Rotimi Alakija (real name) was born to Nigerian parents in the United Kingdom. His net worth is reported to be $2 million this 2022, and he has a number of endorsement deals under his belt. He is a music producer, a recording artist, and Nigeria’s highest paid disc jockey. DJ Xclusive, on the other hand, has shared the stage with a number of internationally recognized acts, including Rihanna, Brick and Lace, Ne-Yo, Mario Winans, among others

DJ Neptune also ranks very favorably among the richest DJs in Nigeria today with an estimated net worth of $1.1 million, which puts him in second place after DJ Xclusive. This very popular DJ in Nigeria whose real name is Imohiosen Patrick, is a native of Edo State. He became fascinated with disc-jockeying while he was still in school, after seeing numerous well-known DJs in Nigeria play.

Benedict Afagbe, better known by his stage name, DJ Humility, is one of Nigeria’s most powerful DJs. His mixing abilities are remarkable, particularly when it comes to hip-hop and rap music. DJ Humility has been nominated for various Nigerian entertainment awards as one of the country’s most successful DJs. His net worth is estimated to be $900,000, making him one of Nigeria’s wealthiest DJs.

DJ Spinall, also known as The Crazy Azz Party, was born Sodamola Oluseyi Desmond, and he was raised in Lagos State. With an estimated net worth of $850,000, DJ Spinall ranks as one of the richest DJs in Nigeria today. He is also one of the best DJs in town and his talents has taken him beyond the shores of this country to the United States through foreign endorsement. DJ Spinall was previously signed to the Mavin Music Record Label owned by Don Jazzy but left after a few years to pursue a major international deal in the UK with Atlantic Record Lab. He is currently a Pepsi and Smirnoff Ice brand ambassador and living the life of a successful DJ in Nigeria gracefully.

Ranking fifth in our list of top 10 richest DJs in Nigeria currently is DJ Baddo with an estimated net worth of $800,000. DJ Badoo, one of Nigeria’s most popular disc jockeys. DJ Badoo, with the real name Godfrey Egbe, was born and bred in Lagos State, but he is a native of Edo State. DJ Baddo is a blogger and a music promoter, and he has collaborated with a number of Nigerian hip-hop musicians, including Terry G, Skales, Seriki, Jaywon, Durella, to mention but a few.

DJ Cuppy is Nigeria’s richest female DJ and the sixth richest disc jockey in the country. Florence Ifeoluwa Otedola is her real name and from that, it is very obvious that she is the daughter of Femi Otedola, a billionaire and one of the richest men in Nigeria. DJ Cuppy holds a bachelor’s degree in Business and Economics as well as a master’s degree in Music Business. Apart from disc jockeying, she is also into music production and management. Red Velvet Music Group was founded by her in 2014. Her endorsement deals with Pepsi and a number of other companies, as well as her music career all contribute to her net worth which is believed to be $750,000.

DJ Jimmy Jatt ranks seventh in our list of the richest DJs in Nigeria currently and one of the highest-paid. Oluwaforijimi Jimmy Adewale was born in the year 1966. He began his career as a rapper before transitioning to “deejaying”. DJ Jimmy Jatt has a mixtape called “The Definition,” which includes the smash single “Stylee,” that was nominated for a Channel O Music Video Award some few years back. Mode 9, 2Baba, and ElaJoe all rapped and sang on the mixtape. DJ Jimmy Jatt, on the other hand, is a good DJ who has won numerous honors. He is currently involved in a number of endorsement deals and has an estimated net worth of $700,000

DJ Caise is another excellent DJ that works as a disc jockey in Nigeria. Derin Phillips is his true name, and he holds a bachelor’s degree in music, an economics degree, and a master’s degree in finance. He earned the former at the University of Reading. DJ Caise is currently signed to the Chocolate City record label. He also works at The Beat 99.9 FM, one of Lagos State’s most prominent radio stations. Every Friday from 9 p.m. to 7 a.m., he hosts “DJ Caise In Mix.” His net worth, on the other hand, is estimated to be around $550,000.

DJ Lambo is another rich female Nigerian DJ. She is the second richest female DJ in Nigeria as well as the ninth richest DJ in the country today, and she is doing pretty well in her career. She was born, Olawunmi Okerayi, and before she came into prominence in Nigeria’s entertainment industry as a DJ, she used to work at Raypower 100.5 FM. Just after that, she was signed to Loopy Music in 2013, she has never looked back ever since. In 2016, DJ Lambo won the best female DJ of the Year at the City People Entertainment Awards which earned her a call up to perform at the Big Brother Naija (BBNaija) season 2 reality TV show. DJ Lambo’s estimated net worth was currently stands at $500,000.

DJ Sose is another one of the wealthiest DJs in Nigeria. DJ Sose, whose real name is Thomas Amar-Aigbe, was born in Ibadan to a Nigerian father and a Hungarian mother, but he is a native of Edo State. He has received numerous accolades in the Nigerian entertainment business. Today DJ Sose’s estimated net worth stands at $400,000.