Have you ever wondered what the poorest states in Nigeria are this 2023? Certainly the thought must have crossed your mind. We will do justice to that as we have compiled a comprehensive list of the 10 poorest states in the country today and we list them according to their Gross Domestic Product (GDP). 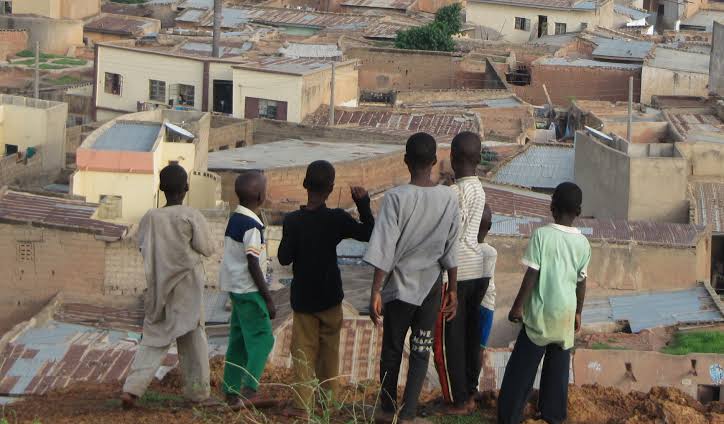 As you know, Nigeria’s 36 states are blessed with abundant mineral resources that should make every one of them independent with the right to compete for the title of richest state in Nigeria but as the case may be, not every state in the country is wealthy enough as some are super rich while some are painfully poor. In this article, we will focus our attention on just 10 of the poorest states in the country with the sufficient reasons why these particular states make our list.

As aforementioned, please bear in mind that this list of top 10 poorest States in Nigeria is compiled based on each State’s Gross Domestic Product (GDP). With the natural and human resources available in these States, it still remains a puzzle as to why they are ranked as the least wealthy in Nigeria.

Some of these States are have been plunged into their current conditions largely due to mismanagement misappropriation of public funds, corruption and corrupt practices as well as bad leadership. Using infrastructural development, state of economy, literacy level, security, governance as well as GDP as the yardstick to list them as 10 of the poorest in Nigeria this 2021.

This is the comprehensive list of the top 10 poorest states in Nigeria this 2023. It is noteworthy to mention that a bulk of some of the states listed here are from the northern part of the country with only a few coming from the south-east and south-west geopolitical zones. No Niger-Delta states appear in this list as virtually all of them are oil producing states in Nigeria and they are wealthy. Without further ado, below are the poorest states in Nigeria at the moment with their GDP in millions of US Dollars:

Presently, Yobe state is ranked as the poorest state in Nigeria. It is one of the north-eastern states in the country with Damaturu as its capital territory. With agriculture as its major economic activity, it is still not quite clear why this state is lagging behind in terms of human and capital development as well as infrastructural development. The illiteracy level in this state is also very high and coupled with recent terrorist activities in the state, Yobe still has a long way to go in order to rise above poverty.

The second poorest state in Nigeria currently is Gombe state. Another northern state that makes up this list. Gombe state is located in the north-eastern part of the the country just like Yobe State and agriculture is also its main economic activity. Its capital city is its namesake Gombe and with its current GDP, it has a long way to go in order not to be counted as one of the poorest in the country in the years to come.

The only south-eastern state mentioned in this list is Ebonyi state, with Abakaliki as its capital city. It is the third poorest state in Nigeria. Unlike some of the Igbo speaking states in Nigeria, Ebonyi is not an oil producing state and it does not enjoy the kind of wealth that some of its counterparts in the region boast. In Ebonyi state currently, the major economic activity there is subsistence farming as well as trading. Education is taken really seriously in the state with some really good tertiary institutions situated there. It is believed that providing education is a way out of the poverty line for the Ebonyi people.

Ekiti state is one of the best educated states in Nigeria and it is the state with the highest number of professors in the country. With its dedication to quality education and the number of academics it has produced over the years, it is surprising to see it in this list of the top 10 poorest states in Nigeria ranking fourth. It is just one of two Yoruba speaking states in Nigeria that makes this list and its capital city is Ado-Ekiti. With its large human resources, Ekiti can do better.

Jigawa state is a state in Nigeria located in the North-west geopolitical zone and it ranks 5th in this list of top 10 poorest states in the country. It is also one of the most populated states in Nigeria and with one of the major vegetation in the country, it is well adapted to agriculture. It is noteworthy to mention that most if the northern states in this list have agriculture, crop farming precisely as their major economic activity and they are capable of producing enough food to feed most parts of the country and generate huge revenues for themselves. Why they remain poor is something of a mystery.

Nasarawa state is the 6th poorest state in Nigeria presently and it is located in the north-central part of the country with Lafia as its capital city. The state is blessed with mineral resources and they are majorly mined by artisans. With huge mineral deposits in Nasarawa, if properly looked into and harnessed, the state will be transformed into one of the richest in Nigeria.

Kebbi state ranks as the 7th poorest in Nigeria currently. It is also a northern state in the country and its capital city is Birnin-Kebbi. The state was created out of the old Sokoto State on August 17, 1991 and it comprises of 21 local government areas.

Taraba state is a northern state and it is the 8th poorest state in Nigeria presently. The state is bounded in the west by Nasarawa State and Benue State, northwest by Plateau State, north by Bauchi State and Gombe State, northeast by Adamawa State, east and south by Cameroon and it is home to the popular Mambilla plateau, one of the best tourist destinations in Nigeria. Going by its GDP, it takes its current position on this list as one of the poorest in the land.

Kwara state is the second state from the south-west that features on this list and it is the 9th poorest in Nigeria currently. Its capital city is Ilorin and by virtue of its position in the country according to geopolitical zones, it is part of the north-central geopolitical zone. A predominantly Yoruba state, it also has within it a considerable population of Fulani indigenes.

Zamfara state is the 10th poorest state in Nigeria presently. It is the home of sharia and it takes great pride in farming as seen in its slogan “Farming is our Pride”. Its capital city is Gusau. Zamfara used to be the poorest state in Nigeria as at 2014 but it has lost that title to Sokoto state, a state from which it was carved out. It continues to remain poor but is taking little steps to get out of poverty.