These companies have played important roles in the provision of heath care through their research and production of potent drugs that are used to treat and combat illnesses and many health issues effectively. Some of the best pharmaceutical companies in the country presently have been listed in no particular order, tell us what you think at the end of this post via the comments section. 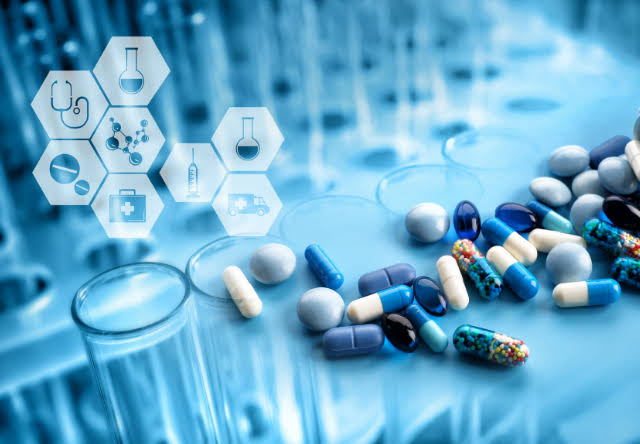 To make sure that this list is credible enough, we have taken time to go to the field and engage medical representatives who are also known as pharma sales people or pharmacy associates of these pharmaceutical companies.

We have also talked to credible medical doctors and pharmacists about some of the medical representatives of some of these companies who call on them, not necessarily asking them about the drugs they detail but focusing our attention at their company names and we found out a pattern that there are certain companies that recur.

The following is a comprehensive list of the 10 best ranking pharmaceutical companies in Nigeria this 2022:

Servier International is a multinational pharmaceutical company that was founded by Jacques Servier in 1954 and it is headquartered in Suresnes, France. The company is present in over 148 countries of the world, with a staff strength of more than 21600 collaborators. Servier in Nigeria is headquartered in Lagos, the commercial capital of the country.

The company’s five areas of interest are in tackling cardiovascular and immune-inflammatory diseases, neuropsychiatric disorders, cancer and diabetes and its notable drugs are Natrilix, Natrixam, Diamicron, Coversyl, Coversyl Plus, Coveram and Daflon 500mg micronized.

Both Natrilix and Natrixam, as well as Coversyl, Coversyl Plus and Coveram are used to treat hypertension effectively while Diamicron is used for the treatment of Diabetes. Daflon 500mg micronized is used to treat Chronic Venous Insufficiency also known as Chronic Venous Disease which comprises of varicose veins, spider veins, leg oedema, leg ulcers of venous origin, to mention but a few as well as haemorrhoidal disease also known as piles or jedi jedi in the local yoruba parlance.

Many doctors and pharmacists as well as wholesalers and retailers are aware of Servier’s contributions in the healthcare industry and recognize the company as one of the best in the business, having been in Nigeria for a very long time and serving the Nigerian people with top quality products over the years.

Sanofi S.A. is a French multinational pharmaceutical company which has its headquarters seated in Paris, the capital of France. The company as of 2013, is the world’s fifth-largest by prescription sales and it was established as Sanofi-Aventis in 2004 by the merger of Aventis and Sanofi-Synthélabo, which were each the product of several previous mergers. The company later changed its name to Sanofi in May 2011.

Its subsidiary in Nigeria with the same name is headquartered in Ikeja, the capital of Lagos State and the company is involved in research and development, manufacturing and marketing of pharmaceutical drugs principally in the prescription market. It also develops over-the-counter medication.

Sanofi covers seven major therapeutic areas: cardiovascular, central nervous system, diabetes, internal medicine, oncology, thrombosis and vaccines. Some of the drugs by which Sanofi is known include Essentiale Forte for normal functioning of the liver and Ibex for pain relief.

May & Baker Nigeria Plc was established on September 4, 1944 as the first pharmaceutical company in Nigeria. It traces its origins to England, where three chemists founded Grimwade, May & Pickett in 1834. This company manufactured chemicals for pharmaceutical products and in 1839 Grimwade, May & Pickett evolved into May & Baker United Kingdom Limited after some changes in the ownership.

May & Baker UK Limited soon grew into a mega European conglomerate through a web of mergers and acquisitions over several years making sure that the name of the company changed at different times and has only the Nigerian offshoot bearing the original name till date.

May & Baker Nigeria Limited started out at 17A Tinubu Street, Lagos in 1944. The company relocated to its present site in Ikeja, the capital of Lagos State during the Nigerian Civil War. In 1976, it built its factory at Ikeja where it began local manufacturing of pharmaceuticals.

In 1979, following the indigenization decree which required that foreign interests in companies operating in Nigeria be of a minority nature, May & Baker, United Kingdom relinquished 60 per cent of its equity holding in May & Baker Nigeria to Nigerians while retaining 40 per cent.

GlaxoSmithKline Plc was formed in Nigeria in the year 2000 as a result of the merger between Glaxo Wellcome Plc and SmithKline Beecham Plc. The company’s history can be traced all the way back to London’s Plough Court Pharmacy in the 1700s.

GlaxoSmithKline Consumer Nigeria Plc was incorporated in Nigeria on June 23, 1971 and it commenced business on July 1, 1972, under the name Beecham Limited. Its Head office is located at 1, Industrial Avenue, Ilupeju, Lagos.

Fidson Healthcare Plc commenced operations on March 1, 1995 as a local distributor of pharmaceutical products. Just over a year after it was established, the company moved into an importation of its own brand of finished medicines. The company set up its first local manufacturing facility in July 2002 and in March 2005, it became the first company in sub-Saharan Africa to manufacture Antiretroviral (ARVs) drugs.

In February 2007, Fidson set up a second manufacturing facility and ceded the former manufacturing facility to an international joint venture project, which led to setting up of Ecomed Pharma Limited. In November of the same year, the company received the NIS ISO 9001:2000 certification of its Quality Management System by the Standard Organization of Nigeria (SON).

In 2008, the company was listed on the floor of the Nigerian Stock Exchange, NSE to become a publicly quoted company. Products of the company include Arthemed, Arthocare, Astymin, Astyfer, Asomex, Chloramphenicol, Ciprotab, Fidvite to mention but a few.

Over time, the company has grown in leaps and bounds to introduce some pharmaceutical products of various therapeutic segments, many of which have become brand leaders in the Nigerian pharmaceutical market.

These therapeutic products include Anti-Malarials, Anti-Infectives, Anti-Inflammatories, Anti-Helminthics, Anti-Hypertensives, Laxatives and Multivitamins to mention but a few. Many of these products are also marketed in some other countries in the West Coast of Africa and other parts of the world.

Products such as Funbact A, P-Alaxin, Lonart, Felvin 20, Power Heat, to mention but a few are some of the products associated with the Greenlife Pharmaceuticals Limited Brand.

CHI Pharmaceuticals Limited was Established in 1990 as a division of CHI Limited. In 1996, the company was incorporated as a limited liability company and it began as an Import and distribution company, hosting scientific offices for multinational pharmaceutical companies.

By the year 2001, CHI Pharmaceuticals Limited became the first company in West Africa to design and launch insecticide treated nets in conjunction with UNICEF & USAID.

In 2010, the company officially completed its production plant In the Ajao Estate area of Lagos State. This was driven by the need to Grow and support the local pharmaceutical manufacturing capacity in Nigeria, and a year later, in 2011, operations commenced at the plant with the production of paracetamol after being certified by NAFDAC.

In 2014, the company became the youngest pharmaceutical company in West Africa to obtain WHO GMP Certification and presently, CHI Pharmaceuticals has become a leader in the pharmaceutical industry in the country.

The company has expanded rapidly, growing its coverage from Lagos to all 6 Geopolitical Zones in Nigeria. Over the passage of time, the company has developed strong relationships with key distributors, wholesalers, institutions, hospitals and pharmacies in Nigeria.

CHI Pharmaceuticals Limited develops and manufactures over 20 generic products at its state of the art WHO cGMP production facility with the capacity to produce 1.2 billion tablets, 300 million capsules and 24 million powder sachets annually. This production facility is managed by well-qualified production & QA/QC professionals.

The company engages in the marketing, sales and distribution of its own brands and those of multinational partners, as well as providing scientific office services. Some of their products include ASPAIN PM Capsules for pain relief, Paracetamol tablets, Hismal tablets against allergies, to mention but a few.

Overall, the company’s products covers a therapeutic class with span the following:

The company grew from humble beginnings as a retail chemist’s shop known as Emzor Chemists Limited situated in the Somolu area of Lagos in January 1977 to one of the most respected, indigenous multi-billion naira pharmaceutical companies in Nigeria presently.

Their most successful brand, Emzor Paracetamol for effective relief against aches and pains needs no introduction in Nigerian homes as it is the most popular brand of paracetamol, second to none in all Nigeria to date.

Agary Pharmaceutical Limited was established in 1993 as a national and regional marketing company that specializes in the importation and distribution of medical and hospital consumables.

For over two decades, Agary Pharmaceutical Ltd. has partnered with a wide array of customers and consultants in numerous fields and specialization to great success.

The company’s hospital consumables and medical equipment are manufactured by CE ISO and TVU certified factories world-wide. They are also registered locally with NAFDAC.

Agary’s indigenous brands are manufactured locally at their state of art manufacturing plant under strict hygienic conditions and in consonance with Good manufacturing practice.

Some of their drugs include: Agary Paracetamol, Gary lite oral rehydration for babies, Garymet Flagyl drugs, Azmetrin antimalarial tablets to mention but a few.

Mopson Pharmaceutical Limited is a top pharmaceutical company in the country that has been in business since 1977 and they major in the manufacturing and supply of drugs. Many federal medical centres, teaching hospitals, state hospitals, industrial clinics and private hospitals across the country are familiar with their quality products.

So far, they have 50 products credited to their name that are developed by the in-house research and development division of their company. Mopson Pharmaceutical Limited are makers of both ethical and generic medications and the company’s products are all registered with the National Agency for Food and Drugs Administration Control (NAFDAC) in compliance with the statutory regulation.