In this post, we have compiled a list of the top 10 oldest universities in Nigeria. Even when our country was under British colonial rule, there was already on ground a well established university that could rival any top tertiary institution of learning on the continent. After independence from the British, many other universities were established, and added to the first university in Nigeria, they make up the oldest and some of them are still the very best universities in the country to date. 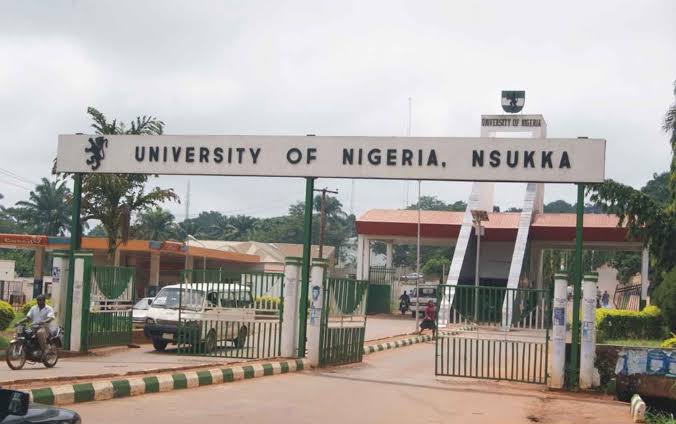 The following are the top 10 oldest universities in Nigeria and the year they were established:

Before 1948, Yaba Higher College (Not to be confused with its successor, the Yaba College of Technology) had been founded in 1932 in Yaba, Lagos, as the first tertiary educational institute in Nigeria which was focused mainly on providing post-secondary vocational education and teacher training to Africans. In 1948, staff and students from Yaba Higher College were transferred to Ibadan to form the new University College Ibadan.

UNN is comprised of four campuses: Nsukka, Enugu, Ituku-Ozalla, all in Enugu State and the Aba campus which is located in Abia State. The Aba campus currently houses the Institute of Nigerian Languages. The law to establish a university in the Eastern Region was passed on May 18, 1955, and Dr. Nnamdi Azikiwe was influential in making this happen. Classes officially began in October 1960 with an initial enrolment of 220 students and 13 members of the academic staff were involved in teaching these students.

This prompted the establishment of the Obafemi Awolowo University and as a result, this tertiary education institution was the first to start a pharmacy school in the whole of West Africa as well as the first Chemical Engineering and Electrical Engineering departments. The school currently has over 60 academic departments and was an affiliate of Loma Linda University in the United States of America. The Obafemi Awolowo University was the first to carry out an indigenous renal transplant in the country when its teaching hospital achieved this feat in May 2002.

The Ahmadu Bello University was founded in 1962 as the University of Northern Nigeria. As at the time of its establishment, majority of the school’s lecturers were British; only two of them were indigenous lecturers and most of the early appointments were professorship appointments.

The two campuses of the university are located in Samaru and Kongo all in Zaria, Kaduna State, with the Samaru campus being the main campus. The campus at Samaru houses the administrative offices, faculties of physical sciences, life sciences, social-sciences, arts and languages, education, environmental design, engineering, medical sciences. agricultural sciences and research facilities while the Kongo campus houses the faculties of Law and Administration.

For many prospective students, UNILAG is their first choice and it is one of the most sought after federal universities in Nigeria because of its prestige and high educational standards. The school comprises of two campuses with the main campus located in Akoka and the college of medicine, located in the Idi-Araba. UNILAG is one of the best universities in Nigeria to study medicine.

The school is made up of thirteen faculties and currently offers undergraduate programmes, post graduate and Distance Learning Institute programmes to its students. Their Post Graduate Programme has both full time and part time options.

The University of Maiduguri was established by the Federal Government of Nigeria in 1975 and it is located in Maiduguri, the Borno State Capital. The school was created with the the intent of becoming one of the leading higher education institutions in the country. It enrolls about 25,000 students and it has a total of twelve faculties. UNIMAID focuses its research efforts in the fields of agriculture and conflict resolution, and expanding the university press.

The University of Calabar is one of Nigeria’s second generation universities, that is, those universities created just after the 1960s. It is located in Calabar, the capital of Cross River State, and it was founded in 1975.  The school was a campus of the University of Nigeria until 1975. It comprises of eighteen faculties and four affiliate institutions. Till date, it remains one of the best universities in Nigeria.

The University of Ilorin is another second generation university that was established in 1975 and situated in Ilorin, the capital city of Kwara State. Like all other universities preceding it on this list, it is also a federal government university and it is one of the best in the country as well. Many prospective students love to pick UNILORIN as their first choice because of its fast academic calendar.

The school, as at the time it was established, commenced academic activities with 200 students admitted into the three pioneer faculties available at that time which were: the faculties of Arts, Sciences and Education. UNILORIN currently has over 30,000 students enrolled into its various academic programmes as well as over 3,000 staff members. The university currently has 15 faculties with over 60 academic departments, making it one of the biggest universities in the south western part of the country as well as in Nigeria as a whole.