This article is about the top 10 most powerful trade unions in Nigeria this 2022 and their functions. We shall take a brief look at the leading and most popular trade unions in the country today and discuss briefly on them while stating their various duties in the process. Trade Unions in Nigeria are associations or umbrella bodies of workers belonging to a particular trade or profession whose main objective is to protect the rights and interests of their members at their various places of work. 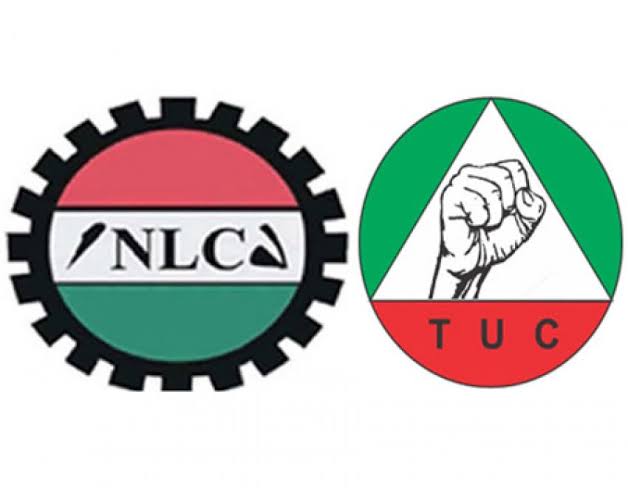 Trade Unions in Nigeria, as is the case with their fellow unions worldwide, are the bedrock of many professional and business or trade organizations, giving a voice to their members in different fields and ensuring that their interests at their various places of work are protected. There are many trade unions in Nigeria today, chief of which are: The Nigeria Labour Congress (NLC), and the Trade Union Congress (TUC).

Apart from the two main trade unions in Nigeria which are very powerful and wield a lot of influence on many workers in the country, there are also a number of professional unions that exist in the country that are also very powerful and they all work in collaboration with the NLC and TUC to ensure that every one of their member’s rights are upheld and that no injustice is meted on them either by the government at State and national level or by their various employers in all of Nigeria’s 36 States else they will embark on industrial action through strikes that may cripple the economy if their demands are not met.

With that said, let us quickly turn our attention to the most popular and most influential trade unions in Nigeria, discussing about them briefly and stating some of their roles in the country today. Do kindly continue reading.

The following are the 10 most powerful, most influencial and most popular trade unions in Nigeria this 2022:

The Nigeria Labour Congress (NLC) was officially established as the only national federation of trade unions in the country in 1978. Prior to that, there existed four labour centres which were: Nigeria Trade Union Congress (NTUC), Labour Unity Front (LUF), United Labour Congress (ULC) and Nigeria Workers Council (NWC). The advent of the Nigeria Labour Congress (NLC) put to a stop decades of rivalry and rancour involving the four centres and unions affiliated to them. The unions, numbering over 1,000 were also restructured into 42 industrial unions, and its founding President was Wahab Goodluck.

The NLC has had a history filled with ups and downs and during the military rule in Nigeria, this trade union was dissolved twice due to conflicts with military regimes of General Ibrahim Badamasi Babangida in 1988, and General Sani Abacha in 1994. The first dissolution was as a result of their opposition to the Structural Adjustment Programme under Babangida which they termed anti-people and agitated for it to be scrapped but this incensed the Military President who in response dissolved the body and placed it under military control.

The second of such dissolution was to oppose General Sani Abacha’s dictatorship in favour of democratic rule. This forced Abacha to dissolve the national working committee of the body in 1994 and place it under the responsibility of a sole administrator. Over the years, the NLC has agitated for better working conditions and better pay on behalf of their workers, and have faced of with the federal government on numerous occasions as a result of this, leading to numerous strikes that have at one point or the other, crippled Nigeria’s economy and held the government to ransome. Under military rule in Nigeria, labour leaders were frequently arrested and union meetings disrupted.

The fundamental aims and objectives of the NLC are to protect, defend, and promote the rights, well being and the interests of all workers, pensioners, the trade unions and the working class in general; and also to promote and defend a Nigerian nation that would be just, democratic, transparent and prosperous. Herein lies the basis of all other functions of the group.

The Trade Union Congress of Nigeria (TUC) was registered as a labour centre on 8th of August, 2005 when the then President of TUC, Comrade (Dr.) Peace Obiajulu, received the certificate of registration. Before that date, TUC had gone through various transformations starting in 1980, first as Federation of Senior Staff Associations of Nigeria (FESSAN), then as Senior Staff Consultative Association of Nigeria (SESCAN) and, finally, as what we know it to be today, the Trade Union Congress (TUC).

The TUC is the equivalent of the NLC but it is only for senior civil servants and workers in different sectors of the economy. Although less powerful and influential than the NLC, the TUC holds much influence in the country and can disrupt economic activities in the country should they feel the need to do so if the government fails to fulfil its promises in discharging its duties in ensuring that workers’ welfare is considered a priority in their scale of preference.

Functions of the TUC include the following:

The Academic Staff Union of Universities (ASUU) was established in 1978, and this powerful trade union in Nigeria succeeded the defunct Nigerian Association of University Teachers which was formed in 1965 to be the umbrella body of all academic staff in federal and state universities in the country. This union is very well known for protecting and defending the rights of all its members across the federation and will not hesitate to go on strike to prove their point should the Federal Government of Nigeria as well as all the 36 State governments turn a blind eye to their pressing needs in the academic setting of Nigeria.

Although ASUU has genuine reasons for defending the rights of their members, in recent years, the way and manner in which they’ve gone about it has brought about harsh criticisms from the general public due to the fact that their actions disrupt school activities and cause university students to spend more than the required number of years in school before graduating as a result of various long term strikes and warning strikes the organisation has had to embark on to prove their point to the government.

The Petroleum and Natural Gas Senior Staff Association of Nigeria (PENGASSAN) is a powerful trade union in Nigeria that deals with the most important sector in the country’s economy, Petroleum. This association accounts for more than 90% of the country’s exports and 80% of the Federal Government’s revenue, and they shoulder a huge responsibility in national development. PENGASSAN is currently affiliated to the Trade Union Congress of Nigeria (TUCN) and Industri-All Global Union. The Industri-All Global Union is located in Geneva, Switzerland. The union comprises of senior members of staff in the oil and gas sector, and it was formally registered as a trade union on August 15, 1978.

The Nigeria Union of Petroleum and Natural Gas Workers (NUPENG) is yet another powerful trade union in Nigeria that is currently affiliated to the Nigeria Labour Congress of Nigeria (NLC). It was initially registered as a Trade Union on August 15,1978 but held its inaugural conference on November 2, 1977 at the Cultural Centre, Benin City, Edo State. This trade union is a “blue-collar” workers’ union whose members are junior staff or production workers in the oil and gas industry is in Nigeria.

Its membership is open to all junior workers in the oil well and natural gas well operations in the industry, including prospecting, drilling, crude oil and natural extraction of oil and natural gas, pipelines, refining, distribution and marketing of natural gas and petroleum products including petroleum tanker drivers. The union is a force and whenever they decide to embark on an industrial action, the nation’s economy suffers.

The Nigerian Medical Association (NMA) is the trade union under which Nigerian medical doctors and dentists are registered. It is the largest medical association in the West African sub-region with over 40,000 members from 36 State branches and the branch from the federal capital territory with about 19,000 in Diaspora. Membership of this association cuts across all six major specialities of Internal Medicine, Surgery, Obstetrics and Gynaecology, Paediatrics, Public Health and Laboratory Medicine/Pathology.

The Nigerian Medical Association (NMA) was established in 1951 and they protect the interests of medical doctors and dentists throughout the federation. When they go on strike, it is never easy on the health sector as everything paralyses until their demands for a better treatment of their members and the overall revamp of the health system in Nigeria are met. This may lead to loss of lives and they have sometimes come under harsh criticisms like ASUU in the way and manner in which they go about their industrial actions.

What is today known as the Nigeria Union of Teachers (NUT) was founded in July 1931 by the amalgamation of the first two (2) teachers Associations in Nigeria, namely, Lagos Union of Teachers (LUT), formed in 1925 with its founding President as Rev. Canon J.O. Lucas and the Association of Headmasters of Ijebu Schools (AHIS), led by Rev. I.O. Ransome Kuti, formed in 1926. At an inaugural meeting of the two (2) groups held at CMS Grammar School, Lagos on 8th and 9th July, 1931, a Constitution was drafted and ratified and the Nigeria Union of Teachers (NUT) was officially launched after accommodating other Teachers’ Associations from Agege, Ibadan and Abeokuta. This powerful trade union in Nigeria hardly goes on strike, and it has one of the highest membership in the country as it comprises of teachers across primary and secondary schools.

The The Non-Academic Staff Union of Educational and Associated Institutions (NASU) is an influential trade union in Nigeria that represents academic workers in the country that are not teachers and lecturers. The union was established in 1978 and like ASUU, are a force when they decide to embark on either a nationwide strike or a State strike in any particular State in the country where their members are disgruntled

The Academic Staff Union of Polytechnics is yet another leading trade union in Nigeria today. It is like ASUU but the umbrella body for only academic staff members of Polytechnics. This union is affiliated to the Nigerian Labour Congress (NLC) and it was established in the year 1990. The Union’s activities are regulated through provisions in its constitution approved and gazetted by the Registrar of Trade Unions, Federal Ministry of Labour and Employment, Abuja; provisions of the Trade Union’s Act and provisions of the Constitution of the Federal Republic of Nigeria. Whenever they embark on industrial action, academic activities are crippled and the effects are felt nationwide but they’re not as devastating as ASUU strikes.

The Nigerian Association of Resident Doctors (NARD) is the umbrella body for resident doctors all over the country. It is an affiliate of the Nigerian Medical Association (NMA) and it fights for the rights of resident doctors undergoing training at different medical facilities all over the federation. Like the NMA, their strike action is shakes the whole country especially when they decide to sit at home over unpaid salaries and inadequate medical facilities in Nigerian hospitals.