This article is about the top 10 most popular spoken languages in Nigeria this 2023. In Nigeria today, one of the things that unifies us as a people is language. It strengthens bonds and is a significant feature of people of different cultures, ethnicity and traditions. Without the use of languages, it would be really difficult to communicate, and pass vital information to the intended people, causing some sort of barrier in the interaction between two or more parties. In this post, we will be looking at the 10 widely spoken and prevalent languages in Nigeria presently. 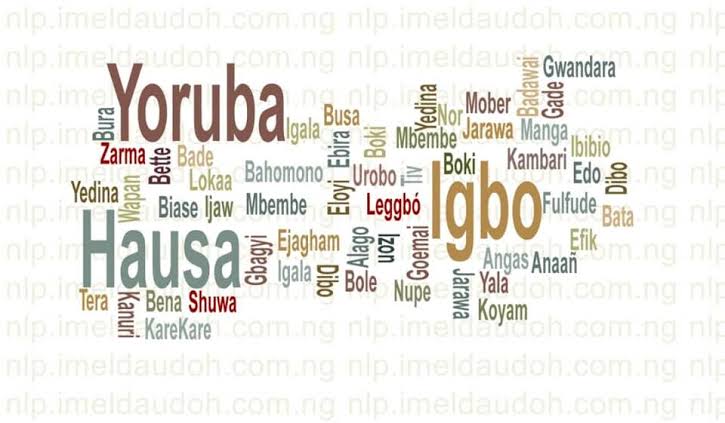 In the world presently, Nigeria currently ranks third behind only Papua New Guinea and Indonesia as far as countries with the most spoken and popular languages are concerned. What this means is that our country is up there with some of the nations with the highest and widely spoken languages on earth, with an estimated 520 uniquely spoken languages when compared to Papua New Guinea (832) and Indonesia (700). The English Language is the most widely spoken in Nigeria and is the unifying language of the country largely due to the fact that it is the lingua franca in this part of West Africa. By it, every tribe and tongue in the country communicate and understand one another and this helps keep the country united.

Below are listed the 10 most popular and widely spoken languages in Nigeria currently in this 2023:

Apart from the English language being a unifying language in the country, Nigerian pidgin is and continues to remain the universal language of choice all over the nation. It is the de facto lingua franca of the country and is understood by almost everyone in the federation. Nigerian pidgin is a unique blend of English and the various indigenous languages in the country that has come to be widely accepted as a choice language in every nook and cranny of Nigeria.

The Hausa Language has the highest number of speakers in Nigeria and this is due to their territorial size in terms of the area and land mass that they occupy in the country. Hausa is the official or central language in the northern part of the country, even though there are diverse ethnic groups scattered all over northern Nigeria. The language is spoken as a first language by about 35 million people in Nigeria from northern States such as Sokoto, Kaduna, Katsina, Kano, Bauchi, Jigawa, Zamfara, Kebbi, and Gombe. It is spoken as a second language by 15 million people in the country, and it extends to other countries in West and Central Africa. There are different dialects of the Hausa Language which slightly vary from one group of speakers to another in the country.

The Igbo Language is the native language of the people from the south-eastern part of Nigeria and there are about 24 million native speakers spanning the States of Abia, Anambra, Ebonyi, Enugu and Imo states. Igbo is also peculiar to parts of Akwa Ibom, Delta, Edo and Rivers States. It is also spoken in every part of the country where you can find Igbo people. Like many other indigenous languages in the country, the Igbo language has different dialects, all of which are mutually intelligible. These dialects include the Idemili dialect, Bende, Owerre, Ngwa, Umuahia, Nnewi, Onitsha, Awka, Abriba, Arochukwu, Nsukka, Mbaise, Ohafia, Wawa, Okigwe, and Ukwa/Ndoki.

Yoruba is the language indigenous to the people of the south west of Nigeria and the language spreads to other countries in West Africa such as Benin Republic and Togo. It is widely accepted that the Yoruba race, owners of the Yoruba language, originated from Ile-Ife, in present day Osun State. The language is spoken by an estimated 20 million people has diverse dialects as well. These dialects are classified into three, which are:

The Fulfude or Fula or Fulani language is a language spoken mostly in the northern part of Nigeria, and it spreads across some West African countries, up to Guinea. The indigenous people who speak Fulani are the Fula people. It should be noted that the Fulani people are not Hausa as people tend to confuse both ethnic groups. They may look the same externally but they are very different from each other. Fulfude language is spoken by some 11 million people in the country and it has various dialects such as Futa Toro, Futa Jallon, and Masina, all in the West and Central Nigeria. States where Fulani is widely spoken in Nigeria include Sokoto, Adamawa, Kano, Jos, Katsina, Maiduguri and some parts of Bauchi state.

One of the top three languages widely spoken in northern Nigeria, is Kanuri. This language is native to an estimated 3 million Nigerians. The language is also spoken in Niger Republic, Chad, and Cameroon. States where you can find Kanuri speakers predominantly include Borno, Yobe and Jigawa.

The Ijaw language is native to the people of the south-south geopolitical zone, in the niger-delta region of the country. About 2 million people speak the language and they are concentrated in States such as Ondo, Delta, Bayelsa and Ekiti. Major Ijaw dialects include Arogbo, Egbema, Ikibiri, and West Tarairi.

The Urhobo language is one of the Edoid languages in Nigeria. It is widely spoken in Delta State and it has more than 10 dialects which include the following: Orogun, Udu, Agbarha, Ofoni, Ughievwien, Isoko to mention but a few. An estimated 1 Million people speak the language in the country.

These two languages sound similar but are very different from each other. Hearing both at the same time often lead people to conclude that they are Calabar but they are both not the same even if they are related. The Efik language is indigenous to the people of Cross River State while Ibibio is indigenous to the people of Akwa Ibom State and there are about 9.5 million native speakers of the Efik-Ibibio language cluster.

The Edo language is peculiar to the people of Edo State and there are at least 1 million native speakers in Edo. The Bini language belongs to the most wide-spread of the five great language families of Africa. Concerns have been raised in the past on how fast the language is going extinct due to preferences in the use of pidgin and English language as the primary languages in the homes of most Edo people.

These are some of the languages we have in Nigeria and we have not captured all. However, we have specified the top 10 most widely spoken ones in the country above. It is important to note that only indigenous languages have been captured and not English because the language came to us as a result of colonization by the British and also because it is the official language in the country.