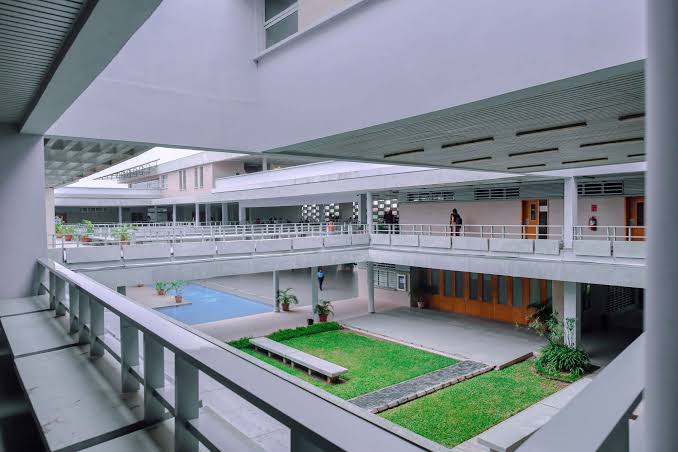 The doors to private university education in Nigeria was open in the year 1999, when Igbinedion University, located in Okada, Edo State, and owned by Chief Gabriel Igbinedion, a prominent Benin Chief and the patriarch of the powerful Igbinedion family was established, opening its doors to the Nigerian populace as the premier private university in the country. This provided a template for other investors in the private university education sector in Nigeria to copy and replicate, building world class tertiary educational facilities in choice locations all over the federation with tuition fees that significantly dwarf what is obtainable in the Federal and State government owned universities in the country.

Private universities in Nigeria are very expensive and not everyone in the country can afford them, their fees are quite on the high side but that is quite understandable seeing the type of world class facilities on display in many of them as well as the high educational standards they have employed in ensuring that their students, whose majority are children of the wealthy, are given world class education that helps them compete favourably with their counterparts on the global stage. As we proceed, we shall be looking at some of the most expensive universities in Nigeria this 2021. Without further ado, let’s dive in.

TOP 10 MOST EXPENSIVE UNIVERSITIES IN NIGERIA 2022

The following are the 10 most expensive universities in Nigeria this 2022 and their tuition fees:

Nile University is a Private University located at Plot 681, Cadastral Zone C-OO, Research and Institution Area, Jabi Airport Bypass, Abuja FCT, the Federal Capital Territory of Nigeria. The University was established in the year 2009 to provide high-quality tertiary education for the country’s ever-increasing number of secondary school leavers. At the time of formation, Nile University had three faculties namely Arts & Social Sciences, Engineering, and Natural & Applied Sciences, and 93 students. As the University grew and thrived over the following years, the need to provide its high-quality instruction at a higher level became increasingly apparent.

In the year 2014, Nile University established its School of Postgraduate Studies, and by 2020, the School joined the Honoris United Universities network, the first and largest pan-African private higher education network. Today, Nile University has over 4000 students (undergraduate and postgraduate), 34 undergraduate programmes across six faculties, and 47 postgraduate programmes across five faculties. Currently, Nile University is ranked as the most expensive university in the country with tuition fees in the range between a mammoth ₦2.7 Million – ₦5.8 Million per year excluding accommodation, feeding, and other fees.

American University of Nigeria (AUN) is a private university located in Yola, Adamawa State, one of the North-Eastern States in Nigeria. It is owned by the Former Vice President of Nigeria, Alhaji Atiku Abubakar, one of the richest politicians in Nigeria, and it provides world class education to its numerous students. This university is modelled after the American educational style, and it is the first university in sub-Saharan Africa to offer this type of education. The goal of AUN is to train the future leaders of Africa and to serve as both a stimulus and agent of economic development throughout the region.

All students, regardless of academic specialization, receive high-level training in information technology, entrepreneurship and in arts and sciences, all of which are the key to future sustainable development. AUN is committed to providing the skills and the leadership essential to advancing the continent’s pressing social and economic challenges. Their tuition fees this 2021 currently stands at ₦3 million – ₦4.2 million per year.

Baze University is yet another leading private university in Nigeria that makes this list of top 10 most expensive universities in Nigeria. It is located in Abuja, the nation’s capital and one of the most beautiful cities in Nigeria, and it is a distinctive quality-based educational institution making a difference in the Nation’s history through the positive impact of its service and graduates output. Baze delivers quality by having experienced international staff, superb teaching equipment, overseas external examiners, and first-rate buildings to guarantee standards.

Baze University aims to provide university education to British standards in Nigeria at about half the cost of sending a student to study abroad. The main Campus is 6km from Abuja Central Area, on Jabi Airport Road, Bypass Ring Road. The university has another site at Bwari for further development. Baze university began in April 2011 with a Foundation class and three Faculties: Management & Social Sciences, Law, Computing & Applied Sciences. Currently the school has six (6) Faculties which includes the three (3) foundational faculties, Faculty of Engineering, Basic Medical and Environmental Sciences. There are several specialities within these Faculties. Baze University tuition fees currently stand at ₦2.2 million – ₦3.2 million per year.

Pan-Atlantic University, Lagos is one of the leading universities in Lagos State. It is also a private tertiary institution situated in the Lekki area of the State, and is most popular for being the school that houses the Lagos Business School, one of the leading business schools in Nigeria. This university was established in 1991, and much like most private tertiary education institutions in Nigeria, it is very expensive with a tuition fee ranging between ₦2 Million – ₦2.5 Million per year depending on the course.

Babcock University a private Christian university that is located at Ilishan-Remo, Ogun State, being one of Nigeria’s most expensive universities, its tuition fees ranges between ₦1 million – ₦3 million per year and this depends on the department. Being a pioneer private University in Nigeria since 1999, Babcock has continued the legacy of upholding a cutting-edge excellence in education. A notable alumni of the school is Davido.

Igbinedion University, Okada commenced its academic programmes in the 1999/2000 session in five Colleges namely, Arts and Social Sciences, Business and Management Studies, Health Sciences, Law and Natural and Applied Sciences. The foundation students arrived Okada on Friday, 15th October 1999. Since then, the University has without interruption upheld its resolve to return tertiary education to the internationally accepted calendar of September to June. As part of its objectives to train and produce job providers, Igbinedion University has Packaged entrepreneurial and skills acquisitions modules to expose students sufficiently enough to be fit for the world of work. The school, being one of the most expensive universities in Nigeria has its tuition fee ranging from ₦1 million – ₦3 million per year.

Afe Babalola University, Ado-Ekiti (ABUAD), a Federal Government-licensed, Non-Profit Private University is a model which is unique in many ways. It is located on 130 hectares of land at an altitude of over 1500 feet above sea level which provides a cool and ideal climate of learning and sports activities. The university was established in the year 2009 by famous lawyer and philanthropist, Afe Babalola. The university operates a collegiate system and has five of such colleges. They are: College of Law, College of Sciences, College of Medicine and Health Sciences, College of Engineering and College of Social and Management Sciences. Being one of the most expensive universities in Nigeria, their tuition fees fall in the range between ₦1 million – ₦2.2 million per year.

Covenant University is a private Christian university in Ota, Ogun State. It is perhaps the most popular, as well as the best private university in Nigeria today. The school is also a very expensive university in the country and it is affiliated with Living Faith Church Worldwide (Winners Chapel). Covenant University was founded by Bishop David Oyedepo in the year 2002 and it is a member of the Association of Commonwealth Universities, Association of African Universities, and National Universities Commission (NUC). Students of this school are renowned for being academically sound as a result of the excellent quality of education being imparted in them and their tuition fees per year falls between the range of ₦850,000 – ₦1.2 million per year.

Benson Idahosa University is yet another private Christian University that makes this list of the leading most expensive universities in Nigeria this 2022. The school is located in Benin City, Edo State, Nigeria and it was founded in February 2002 by the Church of God Mission International under the leadership of Archbishop Benson Idahosa when he was still alive. This university is known for its academic excellence and their tuition fees per year cost in the range between ₦350,000 – ₦1.9 million.

Bowen University is a private Baptist Christian Nigerian university located in Iwo, Osun State. It was founded in 2001 and it is a well-equipped tertiary education institution that has produced quite a number of quality graduates in various fields across the country over the years. The university is quite expensive and the current tuition fees per year at the school currently stand at a price between the range of ₦450,000 – ₦1.3 million.