This post is about the top 10 most developed States in Nigeria this 2023. The majority of the States that feature in this list are also featured in the list of richest States in the country. The most developed States in the country are blessed with the financial resources through their internally generated revenue (IGR) with which they are able to build the necessary infrastructure required to be counted as the leading States in Nigeria when it comes to the level of development attained. 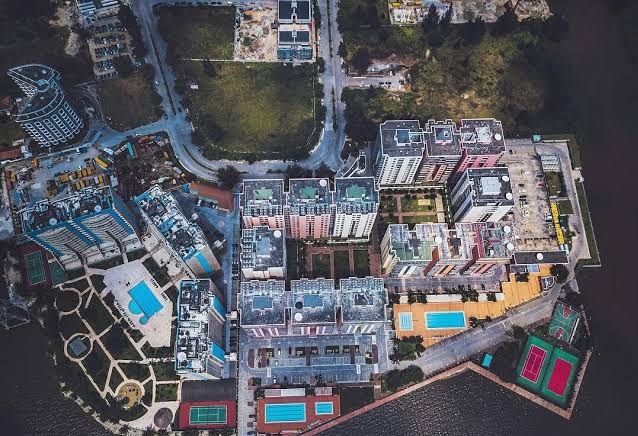 Our country, Nigeria is blessed with many States that are very well developed; as you travel all over the country, you are likely to see impressive sceneries of some of the best cities in these States that are endowed with the very best road networks as well as excellent high rise buildings and a general aesthetic scenery. From the north to the south, as well as the east and west, every geopolitical zone in the country has a number of States that are well ahead of the others in terms of their level of development and it is the best States in these regions that we shall be looking at in detail as we proceed.

Some of the factors that determine the level of development in these States that we have made our centre focus in this article apart from their internally generated revenue (IGR) include their gross domestic product (GDP), power supply, their standard of education (see our article on the best educated states in Nigeria), availability of good drinking water, federal allocation to these States, quality of healthcare systems, excellent road networks, to mention but a few, and without further ado, let us get down to the business of the day.

TOP 10 MOST DEVELOPED STATES IN NIGERIA 2023

The following are the 10 most developed States in Nigeria this 2023:

Lagos State, which is the commercial capital of Nigeria, and the most populated in the country, has its slogan as the Centre of Excellence. It is the richest and most developed State in Nigeria. Lagos State boasts of excellent roads and major bridges that cannot be seen anywhere else in Nigeria. Lagos State is home to the headquarters of many national and multinational companies in the country and this has significantly boosted the economic returns of the State. The State is also one of the most educated States in Nigeria today.

In terms of infrastructure, Lagos State is second to none in Nigeria and it is always evolving to meet the 21st century standards of other major cities in the world. Recent developments in Lagos State has seen a massive boost in real estate, with top destinations like like Banana Island, the Eko Atlantic City being added to the list of already impressive locations on the Island of Lagos which comprises of the impressive Lekki, Ikoyi, Victoria Island, VGC, etc.

Ikeja, the State Capital which is located on the Mainland of Lagos is also an impressively built city, with good road networks, especially in the Alausa area and very well constructed government administrative buildings. The City is very well lit especially at nights and ranks among the top destinations in the State and the country at large. Lagos also has impressive shopping malls and five star hotels that serve as choice destinations for tourists.

While the Federal Capital Territory, Abuja is technically not a State, it being the capital of the federation, is enough reason for it to be added to this list. Abuja is probably the most developed City in the country apart from Lagos and this is because of the Federal presence in it, after all, it is the seat of power. Abuja houses excellent high rise structures, government administrative buildings, impressive road networks, good health care systems, choice destinations for family outings, five star hotels, to mention but a few.

Anambra State is the first State in the South Eastern part of the country as you approach Igboland from the Onitsha bridge. The State is the most developed State in the south east and it is home to some of the major business cities in Nigeria such as Onitsha, Nnewi and Awka. Anambra State, being a very economically prosperous State has seen its infrastructure developed over the years, chief of which are the good road networks in Onitsha towards Owerri and the recently built international airport that serves to bring more development and internally generated revenue for the State.

Apart from being economically prosperous and being home to many of Nigeria’s billionaires, Anambra State also boasts impressive literacy levels, the State is also blessed with many mineral resources that promote internal and foreign trade. Real Estate is also one of the ways through which development is springing forth in Anambra State, and this will continue well into the foreseeable future.

The money realized from crude oil sales over the years have been well utilized to build infrastructures such as good road networks and bridges, especially in Port Harcourt the State Capital, as well as in the improvement of primary health care and education. The State capital is also very well lit at night to capture the beautiful scenery of the aesthetic presence in the city.

Due to the massive urbanization within the State as a result of the presence of excellent facilities such as two major seaports, luxury resorts, multinational companies, an international airport, oil refineries and choice destinations within the it, Rivers stands out as one of the most developed States in Nigeria today.

Another Igbo speaking State that ranks among the most developed in Nigeria is Enugu State. This State has in recent years, witnessed massive developmental projects that have transformed the face of Enugu for good. With great road networks, as well as the citing of choice shopping malls, superstores, hotels and impressively built luxury houses, Enugu State has become a visitors heaven on earth.

The State is also a top tourist destination and the standard of living is quite impressive. Education as well in Enugu is up there with the very best in the country with power supply considerably good to favour businesses that are springing up in every area of the State.

Akwa Ibom State is one of the richest States in the country and it is among the leading States with the best GDPs in the federation. The State has massive internally generated revenue (IGR) that has helped with many of the developmental projects that have transformed it for the best. Akwa Ibom State is a choice tourist destination, with good road networks and primary healthcare, and it is home to the best football stadium in Nigeria. The Godswill Akpabio Stadium, Uyo is modelled according to the Allianz Arena which is home to Bayern Munich in Germany.

Imo State, the Eastern Heartland, is another oil producing State in the country that is one of the most developed. There was a time when its capital city, Owerri was the cleanest city in Nigeria. Imo is the best educated State in the country and as one of the most developed in Nigeria, it has an abundance of excellent road networks, choice hotel destinations, an amazing night life, a well lit city at night, beautiful government administrative buildings and as aforementioned, a good educational system.

The State also boasts of great internally generated revenue as well as federal allocations that helps in its massive development. You only need to visit Imo to understand in detail the level of development going on there, especially in Owerri.

Abia State also makes this list due to the fact that Umuahia, its State Capital and Aba, its commercial Capital are major cities that contribute massively to its development. The City of Aba, a major commercial and manufacturing city in Nigeria, is famously known for being home to some of the best footwear academies as well as the very best shoe manufacturing companies in the country. It is also home to the popular Ariaria International Market.

The rapid industrialization in Aba which includes thriving businesses in the manufacture of clothing and textile materials, cement, soaps, etc, have helped launch Abia State in general as a major development hub in the country. In terms of road networks, power supply and general standard of living, more still needs to be done. Abia State however, has a good educational system.

Oyo State is a South Western State in Nigeria that is located close to Lagos State. Its capital city, Ibadan, is one of the largest cities in West Africa, and it contributes significantly to the country’s economy. Oyo State has flourishing towns such as Oyo Town, Ogbomoso, Ibadan etc, that are major economic hubs of the State. The State is mainly driven by agriculture but there are also other thriving businesses that have contributed to its development. Oyo State has good road networks, shopping malls, hotels, ultramodern markets, and in terms of education, it ranks among the very best in Nigeria. Healthcare is also decent in the State. You just need to visit Oyo State to understand the level of development going on there.

Ogun State is also close to Lagos State. It is known by its slogan, “The Gateway State”. Ogun is a very industrialised State and the presence of many industries has opened it up for massive development. It is also the home of the headquarters of many pentecostal churches in Nigeria. The State also houses many top secondary schools of international standard and it is home to Babcock University, one of the most expensive universities in Nigeria. There are good road networks in Ogun State and employment opportunities are on the rise. The general standard of living of the people is also high.

Kano State is arguably the most developed State in the northern part of the country. Its capital city, Kano is very beautiful with well connected road networks and bridges. You can also find many beautiful buildings in Kano. Industrialization in the State has also ensured its urbanization, and it is interesting to note that a number of top companies are situated in Kano State ranging from FMCG companies to pharmaceutical companies, as well as others involved in cosmetics, furniture making, footwear, tye and dye, etc. Kano State also produces some cash crops that add to its economic development, helping it to maintain its status as one of the most developed States in the country.