In this article, we shall be looking at the top 10 most beautiful cities in Nigeria currently in this 2023. Our country, which is made up of the 36 States and the Federal Capital Territory, Abuja, is blessed with major cities that are the economic hub of the different States which they are located in. Among the many cities scattered all over the federation, there are some which are considered the very best and most beautiful in terms of infrastructure, and in a little while, we shall be looking at them in detail. 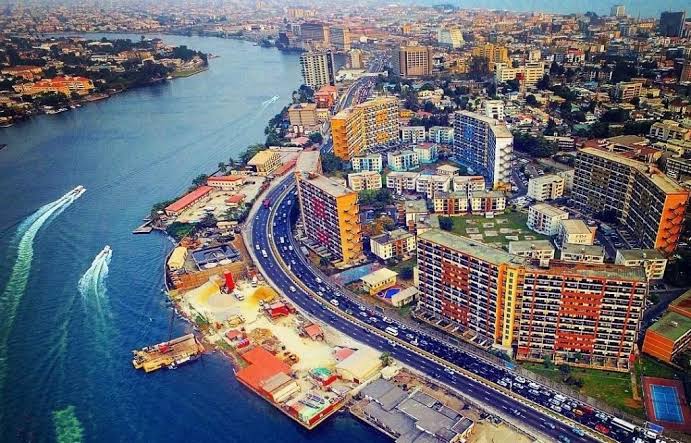 These major cities in the country are well very planned, they are the most concentrated in terms of population, and because of their economic importance, they serve as great tourist centres, playing host to several tourists from different parts of the world all year round, thereby boosting their internally generated revenue significantly, ensuring that they can self sustain. If you have ever wondered what the most developed cities in Nigeria are currently, look no further as we have listed the most urban and most popular beautiful cities in the country below.

TOP 10 MOST BEAUTIFUL CITIES IN NIGERIA 2023

Below are listed the 10 most beautiful cities in Nigeria this 2023:

Lagos is the most important city in Nigeria economically and it is one of the most beautiful cities in the country as well. The City of Lagos, which is located in Lagos State, is the most prosperous in Nigeria as well as one of the most populous cities on the African continent. As a megacity, Lagos has the fourth highest GDP in Africa and if it were a country, it would be one of the richest as well. This beautiful city is the home of some of the largest and busiest airports and seaports in Nigeria, and Africa at large.

The city is also blessed with infrastructure that is second to none in the country. It is home to some of the longest bridges in Nigeria, the most important being the Ibrahim Badamasi Babangida Bridge, popularly known as the Third Mainland Bridge; and houses some of the most beautiful scenery with top hotels, companies, schools and residential apartments gracing its skyline. There are also beautiful beaches and resorts in abundance in the city.

Abuja is the Federal Capital Territory of Nigeria. It houses the seat of power in the country and as a result of this, this city is very well planned and very beautiful as well, having some of the best infrastructure in the country presently. The beauty of Abuja can be seen all over due to its impressive government buildings, chief of which are the Presidential Villa, the National Assembly Complex, and the Supreme Court Complex. There are also excellent shopping malls, recreational parks, the National Church and Mosque, hotels as well as the National Stadium Complex. Some of the popular tourist attraction sites in the city of Abuja include the Aso and Zuma Rocks respectively, which make up part of the major popular rocks in Nigeria.

Owerri is another major city in Nigeria that has one of the most beautiful scenery. This is the capital city of Imo State, a Niger-Delta and oil producing State popularly known as the eastern heartland, and it has many beautiful places within it. Owerri is a popular entertainment hub in Nigeria and many people love to travel to the city to relax and unwind during the holiday period.

It is notable for many beautiful buildings such as hotels, casinos, and other relaxation centres. There are various tourist attractions in the city such as the Freedom Square, Oguta Lake, Mbari Cultural Centre to mention but a few. As you approach Owerri from Onitsha, the first beautiful edifice that welcomes you is the Maria Assumpta Cathedral, an important landmark in the city.

Enugu is the capital city of Enugu State. This is a very important city in Nigeria as it served as an economic hub for the country when coal mining was booming, hence its nickname the “coal city”. Enugu is very beautiful with good road networks and a serene environment.

The city is home to the Enugu campus of the University of Nigeria, Nsukka and it is a popular destination for Nollywood movie production in the country. Great tourist attractions in the city include the Enugu Museum, Enugu Golf Course, Milken Hills, Ezeagu Tourist Complex, Awhum Cave and Waterfall, Ngwo Caves and Waterfall, Opi Lake Complex, Polo Amusement Park, etc.

Calabar is another beautiful city in Nigeria. It is the capital of Cross River State, and is one of the most popular tourist destinations in Nigeria due to the presence of world class tourist attractions such the Obudu Cattle Ranch and the Tinapa Resort situated within it that rakes in millions of dollars as internally generated revenue every year for the State at large.

Calabar is notable for its excellent infrastructure. It has very good road networks and some beautifully constructed buildings. The City also plays host to The Calabar International Street Carnival every year, which is one of the most popular street carnivals on the African continent.

Uyo is one of the most beautiful cities in Nigeria currently. It is the capital of Akwa Ibom State, one of the richest states in Nigeria currently. Popular beautiful places to visit in the city of Uyo include: Ibom Connection, Ibom Plaza, Ibom Tropicana Entertainment Centre, National Museum of Colonial History, Amalgamation House, Godswill Akpabio International Stadium, Ibeno Beach, to mention but a few. The city is very well planned with good road networks, as well as many beautiful buildings.

The city of Warri is one of the most beautiful in Nigeria and a major economic hub in Delta State. Warri plays host to some of the refineries we have in the country, with this making it an important oil and gas destination in Nigeria. Its economic importance surpasses that of Asaba, the capital city and due to the presence of oil companies in this city, the development here is noteworthy.

Akure is the capital and largest city in Ondo State. It is a beautiful city located in the south-west geopolitical zone of the country and it houses beautiful places such as Deji of Akure Palace, Idanre Hills, Cave of Ashes, Igbokoda Waterfront, Igbo Olodumare, Ebomi Lake Tourist Centre, Owo Museum of Antiques, Glass Hall Event Centre, Filmhouse Cinema, Akure, etc.

Kaduna is a very popular city in the country and it ranks as one of the most beautiful as well. It is the capital of Kaduna State, located in Northern Nigeria. It takes its name from the Kaduna River, which is one of the major rivers as well as one of the longest rivers in Nigeria. The city is very well planned, with good road networks, impressive modern buildings as well as great fun spots. It is very beautiful with good lighting system at night.

Port Harcourt is the capital city of Rivers State and it is very beautiful, little wonder it is known as the Garden City. Port Harcourt is a very well planned city with good roads and many impressively constructed buildings. It is also one of the most expensive cities to live in currently. There are great tourist destinations that make for beautiful views in the city such as the Port Harcourt Tourist beach, Bonny Island, Port Harcourt zoo, Rivers State Museum, Port Harcourt Pleasure Park, Isaac Boro Park, etc.

The beautiful City of Kano is the capital of Kano State located in Northern Nigeria. It is made up of Sahelian vegetation and this city is popular throughout the country for its excellent road networks and impressively built bridges. It is really beautiful and would catch the attention of anyone on a visit in the city. Kano is the economic hub of Northern Nigeria and it is the second largest city in the country after Lagos. The city has many tourist destinations such as museums, cinemas to mention but a few.

Jos is a beautiful city with many tourist sites and landmarks. It is the capital of Plateau State and is the coldest city in the country. Some of the tourist destinations that make the city of Jos beautiful include the following: Shere Hills, Wase Rocks, Riyom Rock Formation, Kurra Falls, Assop Falls, Jos Wildlife Park, Jos Zoological Garden, Pandam Game Reserve, Naraguta Leather Works, Solomon Lar Amusement Park.