In this post, we shall look at the top 10 longest rivers in Nigeria today and their locations. While we have initially written on the major rivers in Nigeria, we believe it is necessary to also discuss about the longest rivers in the country. Rivers are large amounts of water bodies which flow continuously in a long line that usually terminate into oceans, seas, lakes or other rivers. Their value can never be overemphasized as they are natural resources that are vital to the economic lives of those living around them. Some rivers are short and some are longer, spanning through many countries. This article provides information on some of the longest rivers in the nation. 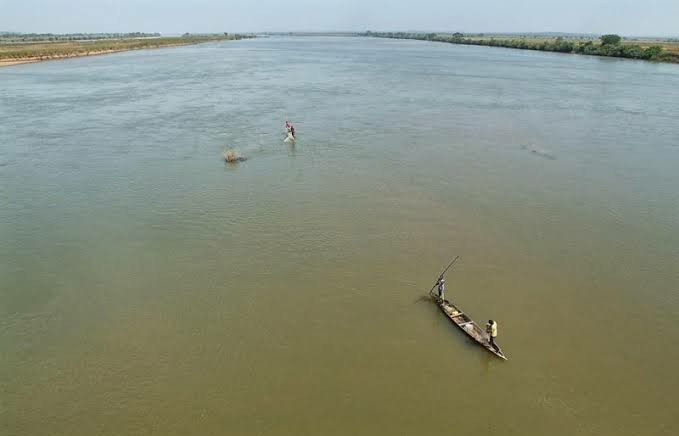 TOP 10 LONGEST RIVERS IN NIGERIA AND THEIR LOCATIONS

The following are the 10 longest rivers in Nigeria today:

The River Niger is the longest river in Nigeria and the longest river in West Africa. It flows from a number of West African countries into Nigeria, going through Niger State, forming a tributary with the River Benue at Lokoja, the Kogi State Capital, this is the reason Kogi State is known by the slogan, The Confluence State, according to Nigeria’s 36 States and their Slogans. From Lokoja, it flows southwards, forming a boundary between Asaba, the Delta State Capital and Onitsha, a major city in Anambra State, running its course through the Niger-Delta region, from where it flows into the Atlantic Ocean at the Gulf of Guinea. The River Niger flows through 2,597 miles making it an important transportation route in the countries through which it flows and it is the third longest river in Africa.

The River Benue is the second longest river in Nigeria, forming a tributary with the River Niger. It runs its course along a length of 870 miles. The river is shared between Cameroon and Nigeria, taking its source from the Adamawa plateau.

The Kaduna river is the third longest river in Nigeria. It covers a distance of 342 miles and it is a tributary of the River Niger. The Kaduna is peculiar for being a habitat of crocodiles and it is said that the river got its name from crocodiles, Kaduna meaning “crocodiles”. River Kaduna takes its source from the Jos Plateau, flows through Kaduna State and merges with the River Niger in Niger State.

The Gongola River is located in the north-eastern part of Nigeria. It is the fourth longest river in Nigeria, flowing through a distance of 330 miles and it has as its main tributary the River Benue. The upper course of the river and its tributaries are seasonal and the lower reaches of the river are impounded by the Dadin Kowa Dam and the Kiri Dam further below. This helps to control flood peaks downstream.

The Cross River is the fifth longest river in Nigeria and it can be found in the South-South of Nigeria. It is from this river that Cross River State got its name. The river flows through a distance of 304 miles, taking its source from Cameroon where it is known as the Manyu river, flowing into Nigeria through popular cities such as Oron, Calabar, to mention but a few, into the Niger-Delta region of the country.

The Yobe river is the sixth longest river in Nigeria, flowing through a distance of 200 miles. The Yobe River is also known as the Komadugu Yobe or the Komadougou-Yobe and it flows into Lake Chad through Nigeria and Niger Republic. The tributaries of the river include the Hadejia River, the Jama’are River, and the Komadugu Gana River. Notable towns near the river include Gashua, Geidam, and Damasak in Nigeria, and Diffa in Niger.

The Sokoto River is the seventh longest river in Nigeria, having a length of 199 miles. The river was previously known as Gublin Kebbi and it is located in the North-Western parts of the country. It also forms a tributary of the River Niger. The Sokoto River begins its course from Funtua in Katsina State and flows through popular ciries in North-Western Nigeria such as Gusau, the capital city of Zamfara State, Sokoto the Sokoto State capital and Birnin-Kebbi, capital city of Kebbi State.

The Osun River is the eighth longest river in Nigeria, spanning a length of 166 miles and it is arguably the most popular major river in Yorubaland. The river can be found  in the South-Western part of the country from where it flows southwards through most South-Western states into the Lagos Lagoon and the Atlantic Gulf of Guinea. The Osun River is revered and worshipped in Yorubaland as a deity.

The Zamfara River is the ninth longest river in Nigeria, flowing through a distance of 160 miles. It can be  found in the North-Western part of the country. The river takes its origins from Zamfara State and runs through Kebbi State and joins the Sokoto River in Sokoto State. The Sokoto River in turn, joining with the River Niger which flows southwards from then on.

The Anambra River is the tenth longest river in Nigeria and it completes our top 10 list of longest rivers in the country. This river is one of the major rivers in Nigeria as well as a very important river in South-Eastern part of the country where Igboland is located. It is from this river that Anambra State got its name and the river flows through a distance of 130 miles. The Anambra River is known as the Onwubala or Oma Mbala by the natives who reside near it. It is the most important feeder of the River Niger below Lokoja. The flow of the Anambra river is released into the Atlantic Ocean in the Gulf of Guinea through various outlets forming the 25,000 kmsq Niger Delta region.