In this article, we shall be taking a look at the top 10 highest grossing Nigerian films of all time. These Nigerian movies are the most successful in terms of revenue generated since the Nigerian movie industry, Nollywood began. We have outlined all of the movies in hierarchy from highest to lowest and given their values in Nigerian Naira. If you want to find out which Nollywood movies make this list, kindly continue reading. 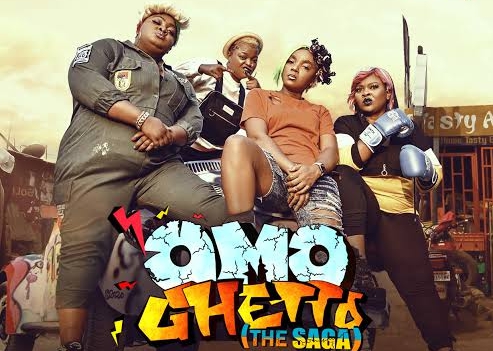 Nigeria’s film industry which is known as Nollywood, is one of the three most productive film industries in the world, the other two being America’s Hollywood and India’s Bollywood. Our movie industry has a rich history, dating back to 1926, when the first motion picture titled “Palaver” was shot in British colonial Nigeria. Since that time, Nollywood has continued to grow in leaps and bounds.

In ranking the highest grossing Nigerian movies of all time, we have considered some certain factors. Kindly note that the proceeds or profits generated from special screenings, DVD sales, online streaming and theatrical screenings outside Nigeria are excluded from this gross total, and Nigerian movies produced before the year 2000 are also excluded from this list due to the fact that their gross totals have not been inflation adjusted. With that in mind, let us now look at the all time highest revenue generating movies in Nigeria in details below.

As of this 2023, the following movies are the 10 highest grossing Nigerian films of all time:

Omo Ghetto: The Saga is also known as Omo Ghetto 2. This movie is a 2020 Nigerian gangster comedy film that was co-directed by Funke Akindele and her husband JJC Skillz. The film features some of Nollywood’s finest such as Funke Akindele, Chioma Akpota, Nancy Isime, Eniola Badmus, Bimbo Thomas, Deyemi Okanlawon and Mercy Aigbe in lead roles.

This was the second film in the Omo Ghetto franchise and it was also the sequel to the 2010 trilogy film Omo Ghetto. Its theatrical release which coincided with Christmas Day on December 25, 2020 received extremely positive reviews from critics. Omo Ghetto 2 became a box office success and surpassed Fate of Alakada as the highest grossing Nigerian film for the year 2020.

As of 2022, the film’s total revenue generated stands at a mammoth ₦628 million, surpassing the record of the 2016 film “The Wedding Party” to become the highest ever grossing film in the the history of Nollywood.

The Wedding Party is a romantic comedy drama film directed by Kemi Adetiba. This movie premiered on September 8, 2016 at the Toronto International Film Festival in Canada and on November 26, 2016 at the Eko Hotel and Suites in Lagos, Nigeria. The worldwide release of the film was on December 16, 2016, and as at that time, it was the highest grossing Nigerian film ever. This record which was broken in 2017 by its sequel The Wedding Party 2 but both films are currently second and third on the all time list.

The Wedding Party 2: Destination Dubai is a 2017 Nigerian romantic comedy drama film directed by Niyi Akinmolayan. It is a follow up to The Wedding Party, which was originally released in December 2016. The film was shot in Lagos, Nigeria and Dubai, The United Arab Emirates and it currently sits third on this list of highest grossing Nigerian movies of all time. If you haven’t seen this movie, do avail yourself time to see both Parts 1 and 2. You’ll be glad you did.

Chief Daddy is a 2018 Nigerian movie which is the fourth highest ever grossing Nigerian film. It is centred around a billionaire industrialist, Chief Beecroft, who serves as a benefactor to a large extended family of relatives, household staff and mistresses. He dies suddenly and his will creates a saga amongst his extended families.

Sugar Rush is the fifth highest ever grossing Nigerian film of all time. It was released on December 25, 2019, and it is a crime action comedy film written by Jadesola Osiberu and Bunmi Ajakaiye, and directed by Kayode Kasum. Adesua Etomi, Bisola Aiyeola and Bimbo Ademoye all star in the film in the lead roles.

King of Boys is the sixth highest grossing Nigerian film of all time. It is the story of Alhaja Eniola Salami, a businesswoman and philanthropist with a promising political future. She is drawn into a struggle for power which in turn threatens everything around her as a result of her growing political ambitions. To come out of this on top, she is caught up in a game of trust, not knowing whom really to look up to, and this leads to her ruthlessness.

The movie is set in Abuja, the Federal Capital Territory where four rich men known as the Merry Men seduce powerful women, get contracts from the political elite, steal from the rich, give to the poor and have unending fun with the hottest women in town. They face their biggest challenge yet when they antagonize a notorious and corrupt politician who plans on demolishing a village to build a shopping mall. The four men scheme to save the poor people of the village. This movie is the seventh highest grossing Nigerian movie of all time.

This 2019 Nigerian political satire drama comedy film is the ninth highest ever grossing Nollywood movie of all time. It was written and directed by Funke Akindele on her directorial debut. The film had its theatrical release across 50 theatres on December 13, 2019 and opened to positive reviews from critics. It was the fourth highest grossing Nigerian film for the year 2019 but has since dropped to ninth on the all time list as of 2021.

The tenth and final Nigerian film that makes our top 10 list is A Trip To Jamaica. It is a 2016 Nigerian comedy drama film directed by Robert Peters starring Ayo Makun, Funke Akindele, Nse Ikpe Etim and Dan Davies. The movie had its worldwide premiere on September 25, 2016 in Lagos State, and was at some point the highest ever grossing Nigerian movie of all time.