There are many monarchs in the country rightly considered first class traditional rulers but in this list, we have listed just the top 10 first class kings in Nigeria this 2023. These royal fathers, many of which are the richest Kings in Nigeria, are descendants of monarchs of old who in precolonial times, had political power but as time passed by, their powers were greatly reduced by successive colonial and post colonial governments but they still wield considerable influence over the people that are subject to them and they are seen as custodians of tradition and symbols of unity among their subjects. In summary, their titles are largely ceremonial these days. 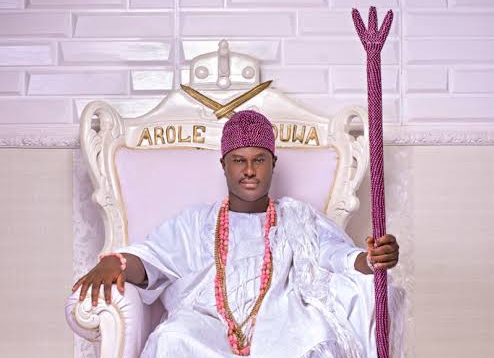 As earlier stated, these first class kings in Nigeria wield much influence even over many other kings in their respective States and are considered the number one reigning traditional rulers in every State of the federation. Much of their influence date back to the several years of rich history that their various kingdoms had when their ancestors ruled in their time. Of a truth, there are many kings in Nigeria but not all of them are ranked equally. Some traditional rulers are higher than the others in hierarchy hence the title first class kings.

Most first class kings in the country are deified among the peoples of their various tribes and their influence in traditional matters and certain matters of state can never be overemphasized. Without further ado, the top 10 first class kings in Nigeria are listed and discussed below.

The top 10 first class kings in Nigeria currently this 2023 are listed below:

The Ooni of Ife is also a first class king in Nigeria and the reigning monarch of the ancient town of Ile-Ife, situated in present day Osun State. The Ooni is widely believed to be the most powerful and most important king in Yorubaland and he is a direct descendant of Oduduwa who was the godlike first Ooni of Ife and the progenitor of the Yoruba race. The Ooni of Ife, though not as powerful as he was before the coming of the British, is still very influential and highly recognized in Nigeria today. He is the spiritual leader of the Yoruba people as well. The current Ooni of Ife is Oba Adeyeye Enitan Ogunwusi Ojaja II.

The Sultan of Sokoto is a first class king in Nigeria that is the traditional ruler of Sokoto. He is a direct descendant of the first Caliph of the Sokoto Caliphate, Usman Dan Fodio and as the spiritual leader of all muslim faithfuls in Nigeria, he is known as the Commander of the Faithful or Leader of the Faithful. The Sultan of Sokoto is very influential and he supersedes every other traditional ruler in northern Nigeria. He is the head of Jama’atu Nasril Islam (Society for the Support of Islam – JNI), and president-general of the Nigeria Supreme Council for Islamic Affairs (NSCIA). The current Sultan of Sokoto is Sultan Alhaju Muhammadu Sa’ad Abubakar IV.

The Emir of Kano is another first class king from northern Nigeria that is the traditional ruler of the Kano Emirate. He is second to the Sultan of Sokoto in rank in northern Nigeria and is a very influential figure in the country. Kano Emirate was formed during the Fulani Jihad which saw old Sultanate of Kano come under the control of the Sokoto Caliphate in 1805. The current Emir of Kano is His Royal Highness, Aminu Ado Bayero II, whose ascension to the throne came after the deposition of his nephew, His Highness, Muhammadu Sanusi II on May 9, 2020.

The Dein of Agbor is another first class traditional ruler on this list. Agbor is an ancient kingdom in Delta State and it was part of the Benin Empire before Benin fell to the British. The current reigning monarch of Agbor Kingdom is His Royal Majesty, Benjamin Ikenchukwu Keagborekuzi I. He became a the Dein of Agbor at the age of two years and four months in 1979 after the sudden death of his father. He is the current Chancellor of the University of Ilorin.

The Oba of Benin is a first class monarch who reigns over the Benin Kingdom and is the custodian of the culture and tradition of Edo State. He is the head of the ancient Eweka dynasty of the Benin Empire. The current Oba of Benin is Omo N’Oba N’Edo Uku Akpolokpolo Oba Ewuare II who ascended the throne on October 20, 2016. He is one of the most popular, most powerful and most influential traditional rulers in Nigeria.

The Oba of Lagos is one of the most popular first class traditional rulers in Nigeria presently. His influence in Lagos State is felt even in government despite the fact that he has no political power. Although he is styled as the Oba of Lagos, his jurisdiction and territory largely spans the whole of Lagos Island, one of the largest cities in Lagos State. The current reigning monarch of Lagos is Oba Ridwan Babatunde Osuolale Aremu Akiolu I, he ascended the throne in 2003 and he is also known as the Eleko of Eko.

The Olu of Warri is a first class monarch in Nigeria who is the traditional ruler of the Itseriki people of Warri in Delta State. The current Olu of Warri is His Majesty, Utieyinoritsesola Emiko, he goes by the regnal name Ogiame Atuwatse III. He is the son of King Godwin Toritseju Emiko, the late Ogiame Ikenwoli Atuwatse II (the 19th Olu of Warri). He ascended the throne of his fathers on August 21, 2021, succeeding the late Ikenwoli Godfrey Emiko I as the 21st Olu of Warri in the process. He is also a member of the Warri Government Council.

The Olubadan of Ibadan is a first class king in Nigeria that reigns over the ancient city of Ibadan, the capital of Oyo State. Like all other kings mentioned, the Olubadan is also a ceremonial king with no political power but has influence over his subjects and is consulted by the State government on traditional matters. The current Olubadan of Ibadan is Oba Moshood Olalekan Ishola Balogun Alli who ascended the throne in 2022.

Other worthy mentions include: