This article is about the top 10 cheapest places to live in Lagos State presently in this year 2023. If you have the desire to move to Lagos State whether temporarily or permanently, as the case may be, and you need a rundown of some of the best places to live in the State that are quite affordable, we have made it easy for you by compiling a comprehensive list of some of the cheapest areas to live in Lagos State today as the cost of renting an apartment in these areas of the State is considerably lower than what is obtainable in other parts of the State. 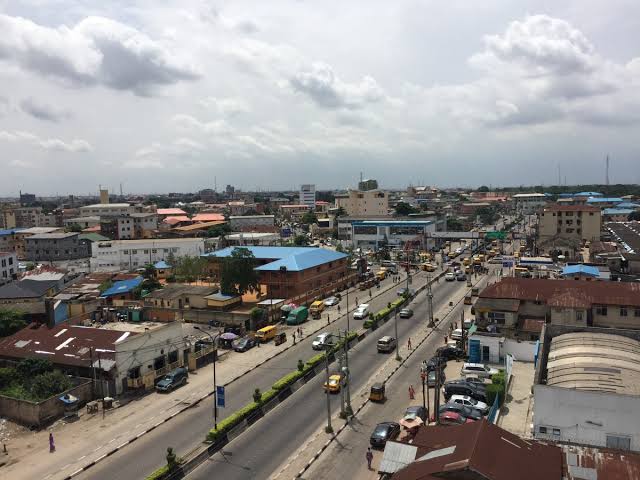 Lagos State, irrespective of its numerous challenges, chief of which are the traffic and drainage situations plaguing the State, continues to be one of the choicest destinations in Nigeria for work and a better life when compared to the standard of living in many other parts of the country. It comes as no surprise as Lagos is the economic hub of Nigeria and continues to appeal to many people from different parts of the country. People from other States who plan to live and work in Lagos State may have one or two questions about accommodation seeing that Lagos has always been known to be expensive in terms of housing.

Seeing the need to answer this question for the vast majority looking to make the switch from other States to Lagos State or from the Island part of the State to its Mainland, Nigerian Guide has compiled a comprehensive list of the less expensive places in Lagos State where you can get accommodation at cheaper rates as opposed to what is obtainable in the more expensive places that have come to be readily associated with the luxury and ambience of Lagos State as a whole. Without further ado, let us proceed.

In no particular order, the following are the 10 cheapest areas to live in Lagos State this 2023:

Badagry is one of the cheapest and most affordable places to live in Lagos State when it comes to accommodation. It is a town that is located very far away from Lagos Island and this may be challenging for people going from here to their business places on the Island but that may not be a bother for people who have made up their minds to make the daily sacrifice as long as their rent is quite affordable. On the average, the cost of renting a house in the Badagry area of Lagos State, preferably a three bedroom apartment is about ₦300,000 while a one room apartment goes for about ₦150,000. Prices may vary but they are not very far away from the estimated figures.

Another cheap place to live in Lagos State and live comfortably is Ogba. This town is a very large, popular town in the Ikeja area of Lagos State and it is very close to Ojodu/Berger, Agege, Iju-Ishaga, and even Ogun State. In Ogba, with at least ₦350,000, you can get a really good three bedroom apartment to live in. This may not be possible in places like Surulere, Ebute Metta, Yaba or even on the Island but Ogba gives you value for your money with the only challenge being that those living in this part of Lagos, whose businesses and workplaces are on the Island, have some distance to cover before they arrive at their workplaces.

Fagba as well as Iju-Ishaga are in close proximity to each other and much like Ogba, they’re all located in the Ikeja area of Lagos State. There are great modern houses at these areas as well as old family houses in excellent condition that are very affordable in Fagba as well as Iju-Ishaga. Renting a house at any of these places in Lagos State is quite cheap as you can get accommodation for anything between ₦300,000 – ₦350,000 and it can range from self contains to three bedroom apartments depending on the area.

Ojo is yet another cheap area in Lagos State that one can live in. This town encompasses areas such as Iyana Iba, Alaba, Ijankin, Okokomaiko, Ajangbadi, etc, and it is close to Badagry and Agbara. This area is definitely an option if you’re looking for cheap accommodation in Lagos State and with at least ₦350,000, one can get a comfortable three bedroom apartment. Ojo however, isn’t blessed with good road networks and this is a major challenge faced by people resident in that area of Lagos State. Power supply in this part of the State is also an issue.

Apapa is the port city of Lagos State, it is also an industrial city with many manufacturing companies domiciled in it but it also has some really nice residential areas that makes it what it is today. Apapa is home to the famous Lagos wharf, the main Seaport in Nigeria from where Nigeria does business with the rest of the world. There are also many shipping companies in Apapa as well as many clearing, and transport companies but our focus is on the residential side of the town. Apapa is one of the cheapest places to live in Lagos State today with an average rent fee of about ₦250,000 – ₦300,000 for a three bedroom flat and ₦150,000 for a two bedroom or one bedroom flat.

Mushin is close to the Oshodi area of Lagos as well as Surulere. It is yet another cheap area of the State to live in. Some places in Mushin are really good places to live in and they’re quite affordable while other places are ghettos with the standard of living really poor. On the average, a rent fee of about ₦300,000 or more is enough to get at least a nice two or three bedroom flat in Mushin.

The Igando/Ikotun area of Lagos State is also a really cheap place to live in. Igando is located in the Alimosho Local Government Area of Lagos State, and it lies between Ikotun and Iyana Iba. Along with Ikotun, Igando is a good place to settle, the only main issue in this area of the State is the traffic congestion that is a regular feature over there. With about ₦300,000 – ₦350,000 or thereabout in the Igando/Ikotun area of Lagos, one can get a comfortable three bedroom flat that is really spacious.

You cannot talk about the cheapest areas to live in Lagos State today without mentioning Ikorodu. Ikorodu is one of the fastest developing areas in Lagos State and this is as a result of the affordability of apartments in that area of Lagos State. Whether you are renting an apartment or buying land to build your own house, the cost is cheap compared to other parts of the State. Ikorodu is plagued with bad roads but the area enjoys a great deal of power supply and this is one reason why people migrate to this place to live permanently.

Mile 12 has for so long had a reputation as one of the most dangerous places to live in Lagos State but that is not all that true as there are really good places to live in this part of Lagos. It gives its name to the famous Mile 12 International Market, the food hub of the entire West Africa and as such, many people have come to think of this place as just a market area but in truth, it is a residential area with affordable housing. In Mile 12, a spacious room and parlour self contain costs about ₦300,000 or more depending on the area. This is quite affordable for working class people starting life.

Ayobo and Ipaja are quite close to each other in Lagos State that’s why they’re grouped together and they also rank among the cheapest places in Lagos State to live in. People who live in Surulere but cannot afford to rent an apartment there can comfortably rent apartments at Ayobo or Iyana Ipaja at the rate of about ₦200,000 for two bedroom flats and ₦150,000 for one room apartments.

Other cheap places to live in Lagos State include the following: