This post is about the top 10 best universities to study pharmacy in Nigeria this 2023. These pharmacy schools in the country have been able to distinguish themselves from others and give the very best education to their students as far as pharmacy in Nigeria is concerned. 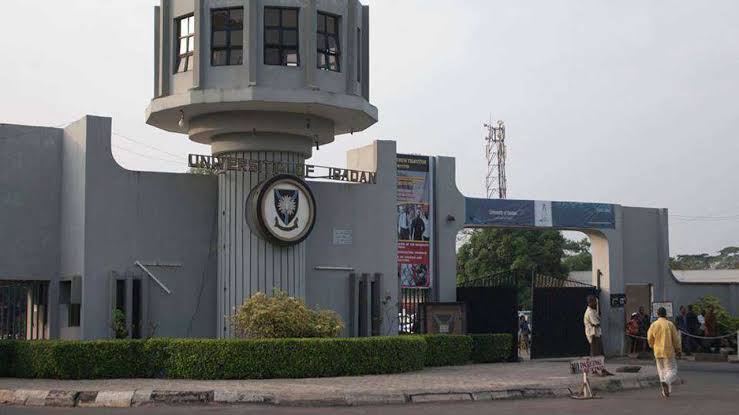 In this comprehensive list of the leading pharmacy schools in the country presently, three are placed just higher than the others. This is because they award their graduates with the Doctor of Pharmacy degree (PharmD) as their first degree, which is higher than the Bachelor of Pharmacy degree (BPharm) that other schools in the country bestow on their graduates, and it comes as a double degree award where the holders are also bestowed with the BPharm title as well, such that they are addressed as “Pharm. Dr.”, instead of just the title of “Pharm.”, which only a comes as a result of just bagging the bachelor’s degree in pharmacy.

Pharmacy is a professional course in Nigeria and it is very well respected and reverred. The course is studied by some of the very best minds in the country and it guarantees a respectable pay upon graduation. Many pharmacy graduates go on to work for some top companies or they may end up establishing their own business. Whichever way, the salary of pharmacists per month in the country is respectable and these medical professionals live comfortable lives too.

Pharmacy is a very vast course and many universities in the country have it as a faculty instead of a department and students can choose the areas they want to specialise in when they graduate. The list below contains the list of the top 10 pharmacy schools in Nigeria with special emphasis on the first three due to the much better degree that they award upon a student’s graduation which is different from the rest in the list and from every other school offering pharmacy in the whole of Nigeria.

The following schools are the 10 best ranking universities to study pharmacy in Nigeria this 2023:

Studying pharmacy at UNN requires maximum concentration and a lot of hard work as only the very best  will graduate at the end of their programmes and this lasts for a duration of five years, not counting internship. If you are a prospective pharmacy student and you want to select your institution of choice, UNN should be one of the first three. The other two universities that award pharmacy degree just like UNN are talked about as we proceed in this article.

Departments at the Faculty of Pharmaceutical Sciences at the University of Nigeria, Nsukka include the following:

According to Wikipedia, the University of Benin commenced the Doctor of Pharmacy programme in 2001 following the approval given for the commencement of the program by the regulatory government agency for pharmacy education and practice in Nigeria, Pharmacists Council of Nigeria (PCN). It was however not until 2016 that the National Universities Commission (NUC), formally approved the PharmD degree programme.

The University of Benin PharmD programme is a six-year undergraduate programme. Upon successfully completing of the programme, students are awarded both the Bachelor of Pharmacy (BPharm) degree and the Doctor of Pharmacy (PharmD) degree. Before the commencement of the programme, UNIBEN offered a five-year BPharm degree programme which began in 1970. In the PharmD programme, students are given extensive didactic preclinical/professional clinical preparation as well as clinical training (including pharmaceutical care) in different hospitals and community pharmacies. Students are prepared to have knowledge on patients counselling, drug information, pharmaceutical care, ADR reporting, pharmacovigilance to mention but a few.

Pharmacy Council of Nigeria (PCN) and the national professional body of pharmacists, Pharmaceutical Society of Nigeria (PSN), have envisaged that in the near future, PharmD degree will become the minimum educational qualification for the registration/licensing of fresh graduates of Nigeria’s pharmacy schools for practice in the country. Through the efforts of the PCN, most pharmacy schools in Nigeria are now intensifying their preparations to commence the PharmD degree programme.

Departments at the Faculty of Pharmacy, University of Benin include the following:

Bayero University, Kano, is the third university in Nigeria that awards the doctor of pharmacy degree currently. It shares an exclusive list with UNN and UNIBEN in that regard. This university is one of the best places to consider when you want to study pharmacy in the country. They have all it takes to make a student’s learning experience worth the while and also ensure that only the best  are admitted to study pharmacy in their school.

Six departments make up the faculty of pharmacy at UI and they include the following:

There is also a Centre for Drug Discovery, Development and Production (CDDDP) at the faculty.

The Faculty has over 60 lecturers made up of one emeritus professor, other professors, readers and lecturers. Over the years, the school has produced highly rated graduates who are contributing immensely to pharmacy profession all over the world as captains of industry, leaders in community pharmacy practice, hospital practice, academia and other sectors of the economy.

Pharmacy was first established as a Department in the former Nigerian College of Arts, Science and Technology, Ibadan Branch, in the year 1957. When the University of Ife (now Obafemi Awolowo University) was established in 1962, it remained a Department within the Faculty of Science. It, however, continued to award the Diploma in Pharmacy degree till June 1965 while concurrently starting a programme for the Bachelor of Pharmacy (B. Pharm.) degree in September 1963.

The Senate of the University decided during the 1968/69 session to upgrade the Department into a full Faculty status from 1st October, 1969, with four main departments: Pharmaceutical Chemistry, Pharmacology, Pharmacognosy and Pharmaceutics. Consequently, the growth of the Faculty continued at the Ibadan Campus of the University until it transferred to her present building on the Ile-Ife (home) campus in September 1972.

The Faculty over the period of its growth and development had three units namely, Drug Research Unit, Pilot Drug Production Unit and Drug Quality Control Unit which were incorporated into the Departments of Pharmacognosy, Pharmaceutics and Pharmaceutical Chemistry, respectively. However, during the 1978/79 session the three units were separated from the Departments and merged into a Unit, now known as the ‘Drug Research and Production Unit’, to consolidate the various efforts on research in the Faculty. Senate approved in 1983 that this Unit should become an autonomous department in the Faculty of Pharmacy. The department of Clinical Pharmacy and Pharmacy Administration was physically and effectively established in November 1996, after a long sojourn in the Dean’s Office, and has since then been functioning as an independent department.

The Faculty also has established postgraduate programmes in all her departments while the staff development programme of the University has contributed immensely towards the availability of Teaching and Research staff in the Faculty.

The philosophy of Pharmacy education is to produce graduates with a wide range of scientific, professional and managerial competence which best serves the needs of the community and who possess sufficient adaptability to meet the demands of a changing health care delivery.

There are currently five departments in the faculty of pharmacy at Obafemi Awolowo University, Ile-Ife and they are:

The faculty of pharmacy at the University of Lagos trains world class pharmacists at graduate and undergraduate levels. It has been for years one of the best universities in the country and a top schooling destination for students who require a BPharm degree in pharmacy.

The faculty of pharmacy at the university was established in 1980 as a school in the college of medicine. It began academic activities with two departments which leaned towards pharmacy more than medicine at that time. The ultimate objective of any professional education is to produce practitioners with adequate knowledge and skills who will provide professional and useful service to the native country and mankind. The undergraduate education in pharmacy at the University of Lagos is designed and intended to prepare men and women for the profession of pharmacy. The philosophy of pharmacy education borders on the establishment of standards to ensure quality pharmacy education.

The Pharmacists at UNILAG are trained and educated for a wide range of scientific, professional and managerial functions, which best serve the needs of the community and possess sufficient adaptability to meet the demands and challenges of a changing health care delivery system. Pharmacists at UNILAG are trained in order to provide competency for performing all pharmaceutical services in Nigeria and these involve:

The following also have been considered as appropriate objectives at UNILAG which, when acquired by the student will give adequate professional recognition for the various services.

Overall, studying pharmacy at the University of Lagos is something that endures that the students  are very well rounded on the rudiments of pharmacy practice.

Departments at the faculty of pharmacy, University of Lagos include:

The faculty of pharmacy, University of Jos was first established as a faculty in the defunct Federal University of Technology, Makurdi in 1983. After a year, this defunct school was merged with the University of Jos. It went through some changes and in 1988 it was renamed the Faculty of Pharmaceutical Sciences.

Armed with competent lecturers and administrative staff, this faculty brings out the best in their students. Each students pass through a rigorous training to become who they are. There are also facilities at the faculty to make learning less difficult for students. It is among several universities in the country which award the BPharm degree.

Departments at the Faculty of Pharmaceutical Sciences, University of Jos include:

The pharmacy programme at the Nnamdi Azikiwe University commenced in 2006/2007 and it has since developed into one of the best in the country. The university trains top class pharmacists at their Agulu campus and makes sure to instil in them all there is to know about the field of pharmacy in Nigeria and the best pharmacy practices globally.

Departments at the Faculty of Pharmaceutical Sciences, Nnamdi Azikiwe University include:

The present Faculty of Pharmaceutical Sciences started as a Department of Pharmacy and Pharmacology under Faculty of Science in 1968. In recent years, the Faculty of Pharmaceutical Sciences at ABU Zaria has a total of five departments. The university offers professional Pharmacy undergraduate programme which leads to the degree of B.Pharm which is a pre-requisite for registration as a pharmacist with the Pharmacy Council of Nigeria (PCN). The vision of the faculty vision is to be a pacesetter in shaping healthcare through innovative pharmaceutical education, research and practice.

Departments at the Faculty of Pharmaceutical Sviences at Ahmadu Bello University, Zaria include the following:

One of the best universities to study pharmacy and obtain your BPharm. Departments at the Faculty of Pharmacy, Olabisi Onabanjo University, Ago-Iwoye include: