This article discusses the top 10 best places in Lagos State, Nigeria, to buy cheap land currently in this year 2022 in order to enlighten you, our esteemed readers who would love to purchase inexpensive lands in any location of Lagos State, which happens to be the richest State in Nigeria, but have no idea where to start looking for a nice place to settle. If you would please keep reading, you will learn where to find incredibly affordable parcels of land in the Centre of Excellence. 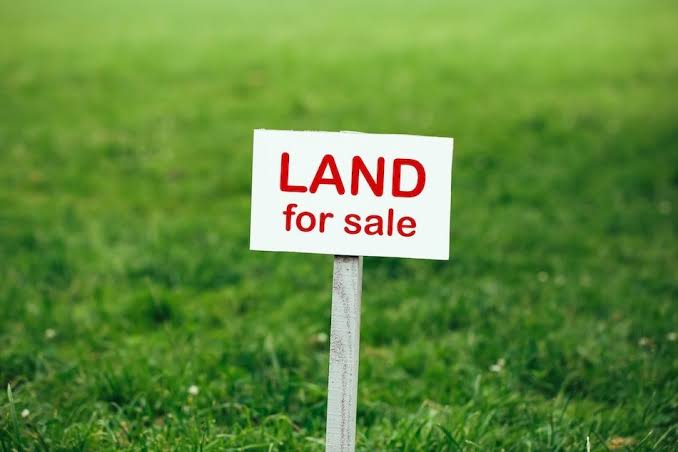 Lagos State, which ranks among the most populated States in Nigeria, is the country’s commercial capital, which is also the country’s economic hub, and properly so. With places like the Banana Islands, the Ikoyis, the Victoria Islands, the Victoria Garden Cities, the Lekkis, the Magodos, and the Ikejas, to name just a few, it is a very cosmopolitan city. The State has seen its cost of living increase significantly over the years as a result of being a melting pot of various peoples, cultures, and businesses. As a result, owning a piece of land has become something of a pipe dream for many people who want to become landlords.

As Lagos State continued to develop into the modern-day megacity that it is today, the cost of lands skyrocketed to almost unimaginable figures. As a result, only the filthy rich could afford as many lands as possible in many areas of Lagos State. Many years ago, people who wished to own at least a plot of land in Lagos State could afford it because the lands of yesteryear were quite affordable. You needn’t worry, though, since there are still plenty of locations in the State where you can satisfy your desire to own land by purchasing an affordable plot of land.

Land has one advantage: it increases in value over time. Because of this, it is best to buy land as soon as possible to avoid having to pay exorbitant prices for it later on. You can either build your home on the land and become a landlord, receiving consistent yearly rents, or you can purchase the land and leave it to lie fallow after which you can resell it if you choose for a maximum profit in the future. Whichever option you choose, the many cheap land locations in Lagos State are situated in some of the best neighborhoods for comfortable middle class individuals, that is, those who have successful careers and/or enterprises but are not extremely wealthy.

Make sure to obtain an official deed of ownership over the land when buying a plot of land in any area of Lagos State so that it is legally yours to prevent stories in the future. That said, let us examine some of the top locations to buy inexpensive lands in Lagos State today.

The following are the 10 cheapest places to buy land in Lagos State this 2022 in no particular order:

Ikorodu is without a doubt the best location in Lagos State right now to purchase cheap plots of land because the area is still developing. Land is typically sold for less in areas that are still under development. If you want to own land in Lagos, you can visit Ikorodu to find out how much at least a plot of land sells for. Some lands in Ikorodu are offered for sale in neighbourhoods like Maya, Itoikin, Ijede, Igbogbo, Ogijo, Imota, and Imowonla, to name a few, for anywhere between ₦600,000 and ₦1 million.

Another place in Lagos State where you can buy some of the cheapest lands at incredibly low prices is Amukoko. Amukoko is located in the Ajeromi/Ifelodun Local Government Area of Lagos State, adjacent to Apapa and Ajegunle. Some of the locations that make up this area, including Alaba, Ojo Road, Imam, Oja, Turner, and Tejumola, have land prices ranging from ₦750,000 – ₦1.3 million.

Agbado is located in the Ifako/Ijaiye Local Government Area of Lagos State, and there are a variety of locations where you may find affordable land for sale, including Oremerin, Ijaiye, Oluwo, Ishaga, Adiyan Ibaragun, Akera, Abule Ekun Olambe, and others. There are still many road networks and housing projects under construction in the area. Lands in this region of Lagos State can be purchased for as little as ₦900,000.

Ijegun is yet another location in Lagos State where it is cheap to buy a piece of land. It is situated in the Alimosho Local Government Area of the State, and plots of land there are generally available for purchase for ₦600,000 or more, particularly in communities like White Sand, Fagbile, Animosho, and Isheri Osun. It is important to keep in mind that these places are swampy, which accounts for the low cost of the land because it will still take a lot of time and effort to sand fill the area before you can build a strong foundation.

Eti-Osa is a local government area in Lagos State that includes wealthy neighbourhoods like Victoria Island, Lekki, Ajah, Ikoyi, and Obalende, to name a few. Despite the fact that many of the lands in these neighbourhoods are very expensive, Eti-Osa still has plenty of really affordable land that is available, including Cooperative Villa, Sangotedo Town, Badore, Unity, and some areas of Obalende. If you wish to develop on your land, the lands are highly suited for doing so because they are not prone to erosion. In Eti-Osa, a land piece starts at ₦1.5 Million.

Akute is a town that sits between Lagos and Ogun States respectively. It is one of the best places to purchase cheap lands in Lagos State today. Real Estate business in this area of Lagos is still coming up and as such, the lands are sold at really cheap prices. You can get very good deals at places in Akute such as Ojudu Berger, Ojokoro, Ijoko, and Ibafo respectively.

One of the areas of Lagos State that is rapidly developing is Agbowa town, which is situated in Epe. It includes places where lands are very cheap, such as Aba-Onigbagbo, Aba-Oriyanrin, AbijoAbomiti, Abosioto, Abule, and Ijesha. It is advised to visit the area if you require a parcel of land in Agbowa to find out the current costs.

Badagry is well known for having inexpensive lands, and this is still the true today. It is one of the top locations in Lagos State for finding lands at incredibly cheap prices. The price of a parcel of land in this part of Lagos State ranges from ₦1 million – ₦2 million, and you should thoroughly investigate the area before making any purchases because the majority of the land in Badagry is owned by the government.

Apapa is yet another place in Lagos State that features in this list of the best places in the Centre of Excellence to buy cheap lands. Even though this place is far developed than many of the places we have mentioned in this list, and that some lands here cost really much, there are still places in Apapa such as Coconut, Ajegunle, Kirikiri, Wema, Tincan, etc, that you can buy lands at cheap rates from about ₦3 million upwards.

Ojo Alaba is a town in Lagos where you can buy lands at cheap rates especially at places like Ajangbadi Ikemba, Alaba, Ira, and Ojo. This area of Lagos is not as well developed as many other parts mentioned earlier but it has good lands domiciled in it that are sold at really affordable prices.

Ibeju Lekki is fast becoming the real estate hub in Lagos State and it has the potential to rival and even surpass some of the top destinations in the State which are notable for housing the rich and very affluent people in Lagos such as Lekki, Ikoyi, Victoria Island, and Eko Atlantic due to the fast rate at which the place is being developed. Ibeju Lekki is a worthy mention in this list as real estate is sold at quite affordable prices but may skyrocket in the future because of where it is located. The Dangote Refinery, Lekki Free-trade Zone, Lekki-Epe International Airport, Dangote Private Jetty, Lekki Seaport and Pan African University are all located in this area.