In this post, we take a look at the top 10 best football academies in Nigeria this 2023. Association football academies are establishments or soccer facilities that groom and nurture the talents of young and upcoming football players in order to make them professionals and top athletes in this their chosen career path. 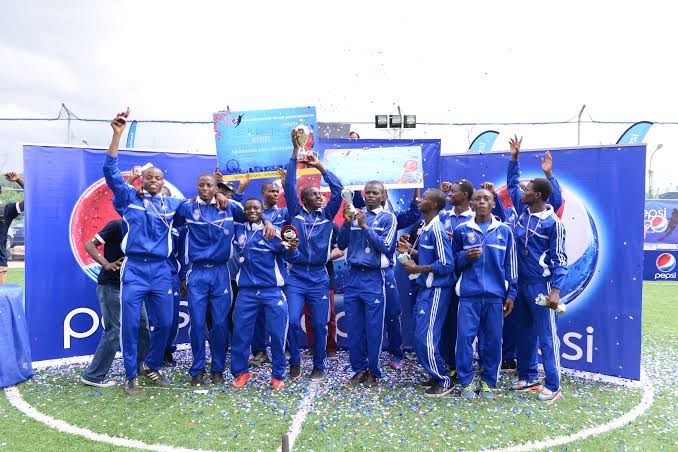 Aspiring professional footballers will be better placed than their colleagues on the streets by attending some of the top soccer academies in the country as this has a lot of benefits coupled with the fact that it gives the association football player the exposure to be watched closely by some of the best scouts representing a number of top football clubs in the country or in the world as the case may be.

Athletes who major in football will have the opportunity to hone their skills and improve their all round game if being mentored by some of the best football academies in Nigeria and we shall take a look at the best 10 of such establishments in the country currently.

The following are the 10 best and most popular football (soccer) academies in Nigeria this 2023:

The Pepsi Football Academy, located in Agege, Lagos State, is as association football establishment that was founded by Kashimawo Laloko in November 1992. It is the most popular soccer academy in the country that has produced quite a number of Nigerian players who have gone on to become superstars over the course of time.

This soccer academy is operated  by the Pepsi Company in Nigeria and without doubt, it is the biggest football academy in the country boasting up to three thousand (3000) young soccer players between the ages of 6-18 being trained in their facility.

The Pepsi Football Academy currently has about fifty-four (54) coaches in their ranks as well as fourteen (14) different football training centres in different parts of the country.

The Barcelona Football Academy in Nigeria is located in Lagos State, at the Teslim Balogun Stadium, Surulere. The official name of this soccer academy is FCBEscola Soccer School, Lagos. They also operate another facility in the Lekki area of Lagos State. This prestigious football academy follows the FC Barcelona model aimed at developing youth talent on and off the soccer field.

FCBEscola trains young players between the ages of 5-18 to become excellent football players as they develop through their ranks. The School is focused on developing the skills of the footballers such that after graduation, they can pursue careers as professional footballers with international football clubs.

Midas Football Academy is yet another prestgious soccer school in Nigeria presently. Located in Ipaja, Lagos State, this association football school was founded in November 2006. The academy is duly registered and affiliated with the Nigeria Football Federation and Lagos state Football Association.

This soccer academy not only grooms talents in Nigeria but also from other parts of the country. Some of their graduates have gone on to play in United States colleges and third division soccer league and it is a vision to produce top class talents that will represent Nigeria in major international competitions, who will also go on to play for some of the best football clubs in the world.

Kwara Football Academy was established by the Kwara State Government in 2005 in order to empower its youths. It is situated in the Kwara State stadium complex in the capital city of Ilorin. This is a truly Nigeria soccer school that trains young footballers from all over the country. The Academy currently has seven coaches who are all former international football players with coaching certificates.

The facilities in the academy have the capacity to accommodate 200 students. Some of the existing structures include: four standard football pitches well grassed with submersible sprinklers, one tennis court, one basketball court, one gymnasium, three blocks of students hostels (27 rooms each) and a medical centre.

Papilo Football Academy is a top soccer academy in the country that was established by former Super Eagles Captain and two-time African Player of the Year, Nwankwo Kanu. According to their official website, this soccer school was established in 2000 to groom young players and train them to become full grown professional footballers.

Since inception, the Papilo Football Academy has developed a lot of players that have turned out for the Nigerian national team, some of who include: Kelechi Iheanacho, Chidiebere Nwakali, Joel Obi to mention but a few.

Siaone Soccer Academy was established by former Nigerian Striker and Coach, Samson Siasia. This association football school is located in Abuja, Nigeria’s Federal Capital Territory. It is one of the very best in Nigeria presently.

This Football Academy was established in 2007 by a popular retired football footballer, Chief Segun Odegbami, one of the best Nigerian footballers of all time nicknamed “Mathematical” for his excellent football brain. The school is open to all Nigerian youths aspiring to be a professional football players. TIA is Nigeria’s first and only multi-sports secondary school for young boys and girls with interest in and talent and passion for sports.

Lagos Tigers Football Club (LTFC) is a rapidly growing junior football club/soccer school based in Lekki and Gbagada. It was established in 2012, for boys and girls between the ages 3 – 15 years to fill the gap of quality football training for the youth. LTFC began with just five (5) members but with the passage of time, over two hundred (200) children have been registered and trained with the academy. The number is expected to increase steadily given the revival for sports and healthy living in Nigeria.

Buruj Sports Academy is registered with Corporate Affairs Commission. It was officially admitted in the Nigerian Football Industry as a stakeholder in the global sports enterprises in the year 2008. The Lagos based academy is a member of Nigeria Football Federation (NFF). The academy’s activities are anchored on the service plate of training people in sports activities, branding and participating in major sports competition, etc. Informatively, over a thousand youths have benefited from Buruj Sports Academy since inception.

This football academy aims to develop players of character, who are role models, committed to the team, the Academy and one another, who are willing to push themselves, giving maximum effort every time to reach their full potential. The academy creates a true development programme and environment, which takes a fresh approach to identifying, inspiring and nurturing top class football talent.