This article is about the top 10 best film acting schools in Nigeria this 2023. The best acting schools in Nigeria today will be discussed in detail as we proceed. There are many movie acting academies in the country that help to groom the next generation of professional Nollywood stars including those who may eventually venture into Kannywood, ensuring that the Nigerian movie industry never lacks the talent to keep it going. 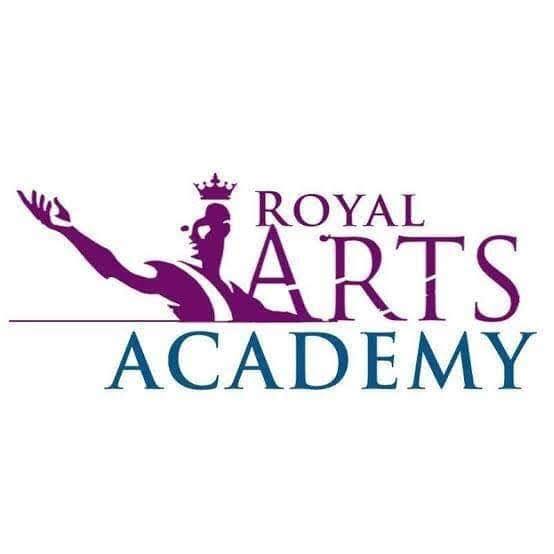 Acting schools in Nigeria exist in different parts of the country with a vast majority concentrated in Lagos State and Abuja, the Federal Capital Territory. We have taken out time to compile a comprehensive list of the very best ones that guarantee excellence in this field of the arts.

A host of acting schools in Nigeria are founded and funded by accomplished movies actors, and in these schools, many students work closely with a number of these seasoned actors, theatre directors, producers and others who can teach them the various skills required for them to make it big in this chosen profession. With that said, let us look at the leading acting schools in the country today.

The following are the 10 best and most popular acting schools in Nigeria this 2023 and their locations in no particular order:

Royal Arts Academy was established in 2010 by renowned Nollywood screenwriter, film producer and director, Emem Isong; it is one of the best and most popular acting schools in Nigeria today that has produced a host of Nollywood stars such as Theresa Edem, Ijeoma Agu, Lota Chukwu, Bunmi Ajakaiye, Etinosa Idemudia, May Owen, Debby Felix and Emem Ufọt, to mention but a few.

From humble beginnings in the year 2010, the school has risen to become an international acting school today with students from many countries such as Nigeria, South Africa, Cameroon, Liberia, Kenya, Dubai and Mozambique trooping in every year for the chance to be moulded into genuine superstars in the movie industry in not just Nigeria alone but in Africa and the world at large.

Courses offered at Royal Arts Academy include but are not limited to the following: Acting, Screenwriting, Editing, Directing, Film and Television Production, Dance, Psychology for Acting and Aerobics and Physical Fitness. This popular acting school is located at 4, Adebisi Close, off Ogunlana Drive, Surulere 100001, Lagos, and they are accredited by the National Board of Technical Education (NBTE). Students of this programme may proceed after this to the polytechnics or universities for higher education.

The PEFTI Film Institute Limited is another leading movie acting school in Nigeria today. It was established in the year 2004 by Wale Adenuga Productions, creators of the popular Binta, Papa Ajasco, This Life, Odd World and Super Story TV series. This movie acting school is the nation’s foremost Private Film and Television Production Company to create opportunities for both emerging talents to acquire a proficient Professional training in the diverse disciplines of Film, Television and Music Production.

The vision of the PEFTI Film Institute is to remain the foremost Private Professional Institute, vastly accessible to those at the grass root and the top executives, providing enhanced qualitative training that transcends all barriers, and their mission is to revolutionise the Film, Television and Music industries, through a functional, systematic and flexible approach, with a view to improving the level and quality of Professionalism in these growing industries.

They are accredited by the National Board For Technical Education (NBTE) and the Innovation Enterprise Institutes (IEI). This acting school is located at 5/7, Joy Avenue, Ajao Estate, Off Osolo Way, Isolo, Lagos.

The Del-York Creative Academy is the foremost capacity building institution in Africa for film, media, animation, technology, and the marketing communications industry. This film and media school, which is headquartered in Lagos State, the commercial capital of Nigeria, is pioneering the growth of the African Creative Industry through its intensive hands-on training programmes which also involves inviting international experts from Hollywood to provide African creatives with comprehensive training for working in the global creative industry.

The Del-York Creative Academy is accredited by the National Board for Technical Education (NBTE), and they have remained the best filmmaking and media studies institution since being established in 2010. This film academy in Nigeria attracts participants from across Africa and as far as Europe and the Americas with the aim of building the next generation of talents in film production and media, adopting the best modules for a top learning experience.

Lufodo Academy of Performing Arts (LAPA) also ranks as one of Nigeria’s best film acting schools today. It is the brain child of veteran Nollywood Actor, Olu Jacobs and his wife, Joke Silva who is also a veteran in Nigeria’s movie industry. This film institute was established in the year 2009 with a pilot scheme of intensive short courses run over a six-month period, covering elocution, movement, presentation for radio and camera, and other aspects of the actor’s craft.

The success of these short courses, along with a high demand for customized training in performance and presentation skills, clearly showed the necessity for a fully fledged academy of performing arts. Presently, after considerable development, and with formal accreditation by the National Board of Technical Education of Nigeria (NBTE), they proudly offer a full time, 2-Year conservatory programme at the end of which graduating students will be awarded a National Innovative Diploma in Performing and Media Arts.

The intensive and highly practical curriculum, culminating in a nationally-recognized certification at LAFA, makes them an excellent fit for secondary-school leavers and budding industry practitioners seeking to pursue the craft of stage and screen acting to the highest professional standards. In tandem with their full time educational programme, Lufodo Academy of Performing Arts also operates, LAPA Consult, through which we provide bespoke, intensive, elocution and presentation training for executives, professionals and corporate bodies.

The National Film Institute located in Jos, Plateau State of Nigeria was established in accordance with the provision of the National Film Policy (1992) and the Decree No. 61 of (1979) setting up the Nigerian Film Corporation. The Institute is designed and equipped to provide training of the highly specialized manpower needs of the film industry. The choice of Jos was based on its friendly weather and the abundance of beautiful scenery for film shooting locations.

The National Film Institute, Jos, is accredited by CILECT (Centre International de Liaison des Ecoles de Cinema de Television) in Brussels. This is the academic body that accredits all film institutions. It is also a member of the Executive Council of CILECTs’ African Regional Association (CARA) of film schools in Africa. NFI is presently affiliated to the Department of Theatre and Film Arts of the University of Jos, and it is accredited by the National Universities Commission (NUC) and the National Board for Technical Education (NBTE).

Yul Edochie Academy also makes this list of top 10 best and most popular movie acting schools in Nigeria this 2022. This leading acting academy in the country was founded by Yul Edochie, a popular Nigerian actor, and the son on veteran movie actor, Pete Edochie. It is an academy for acting, and a training ground for actors and actresses in the country. The founder’s dream is to build an army of well grounded, focused and professional actors and actresses, mentor them and steer them to greatness. This top Nigerian movie acting institute is located at Km 46, Lekki-Epe Expressway, Farms Bus Stop, Beside Splash Bar, Sangotedo Area, Ajah, 101245, Lekki

High Definition Film Academy (HDFA) was established in 2011 to frontier quality and affordable film education for students around the world with a desire to pursue a career in acting and/or filmmaking. This top movie acting institute in Nigeria offers an intensive, hands-on, total immersion approach to learning, and no previous experience is required before students can enrol.

Their teaching methods are top quality and they impart the necessary skills needed for students to be successful actors and actresses by subjecting them to a rigorous schedule of classroom lectures. From the first week of each programme, students are introduced to practicals, where start to write, shoot, direct, and edit their own films, and they are allow to make mistakes in order to be corrected, thus helping them to learn very fast.

Mount Zion Institute of Christian Drama trains and impacts those who have the vision for Christian drama and film production all over the world by making them understand more about their visions and assignments. This film institute unifies and spiritually empowers drama ministers in other nations they go, by helping the drama ministers, after training, to stay united informing an association with same visions and goals in their various churches and cities.

Over 3000 students have graduated from the Mount Zion Institute of Christian Drama courses held in Nigeria; London, UK; Arlington, Dallas; Winnipeg, Canada. In Nigeria, the MZICD has impacted in the lives of many Drama Ministers, and the traces of its blessing can be found in many ministries and many churches. Larger percentage of Christian movie makers and actors in Nigeria are alumni of Mount Zion Institute.

SCENE ONE SCHOOL OF DRAMA

Scene One school of Drama is owned by veteran Nollywood actress, Funke Akindele-Bello, it was established in 2011 with 25 founding students on admission, with a minimum Secondary School Certificate of Education (SSCE) qualification. The school which offers a wide variety of creative courses including Introduction to Drama, Traditional and Contemporary Dance, Music, Etiquette and Manners, was borne out of the need to create a resourceful platform for the youths to discover, develop and showcase their God-given talent. It is located in Lagos State.

Other worthy mentions include the following: