This article is about the top 10 most educated states in Nigeria currently in this year 2023. The States in Nigeria with the highest literacy levels which appear in this list are mostly concentrated in the southern part of the country, with the majority coming from the south-west geopolitical zone while the south-east and the south-south states of the Niger-Delta region are not too far behind. 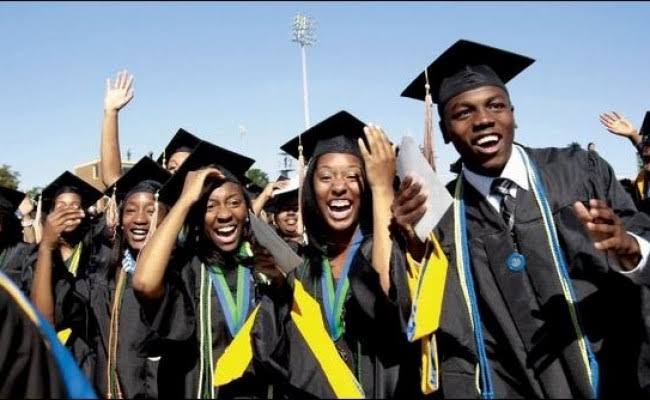 Make no mistake about it, there are top quality schools in the northern part of the country that can rival any any of the best in Nigeria but the southern part of the country is more educationally developed and prioritizes education more. In this article, we have compiled a list of the top 10 most educated States in Nigeria today and this is done in no particular order, bearing in mind popular opinion as well.

The following are the 10 best and most educated states in Nigeria this 2023 with their literacy levels:

Imo State, one of the Igbo States in Nigeria, is the most educated State in the country with a very high literacy level of 96.43%; also making it the best educated State in the south-eastern part of Nigeria.  Majority of the indigenes of Imo State are formally educated and they love white collar jobs. Most Imo students are highly cerebral and this can be traced down to their homes in their formative years where their parents ensure that they start very early to get formal education.

Within Imo State is located some of Nigeria’s top educational institutions such as the Federal University of Technology, Owerri (FUTO); Federal Polytechnic, Nekede (FEDPONEK) which is the first in the list of best polytechnics in Nigeria according to the National Board for Technical Education (NBTE); Imo State University (IMSU); Imo State Polytechnic, Umuagwo; Eastern Palm University, Ogboko, Orlu; Hezekiah University, Umudi, Nkwerre; Technological Skills Acquisition Institute, Orlu; and Alvan Ikoku College of Education, Owerri (An affiliate of the University of Nigeria, Nsukka). Within Owerri, the State capital, is a number of top quality primary and secondary schools.

Even the very best and most popular companies in the country, especially FMCG Companies, Pharmaceutical Companies, as well as Travel Agencies, all have their headquarters situated within the State which explains the massive influx of people into it in search of greener pastures. Some federal government institutions and parastatals also have their headquarters firmly rooted in Lagos. The State has some of the best secondary schools in Nigeria which include King’s College, Lagos; Queen’s College, Yaba to mention but a few. Lagos State is also home to some of the best music schools in Nigeria.

Anambra State is one of the South-Eastern States in Nigeria that is known for business. While some of its businessmen have little or no formal education, the ones who finished school have gone on to forge successful careers in business and are well known in the country.

Anambra State loves and prioritizes education and it is little wonder why the State has a high literacy level of 95.70%. Anambra State is home to some of the best and most prestigious secondary schools in Nigeria. The likes of Christ the King College, Onitsha; Bethlehem Schools; Federal Government Girls College and Onitsha High School are some of the best in the country.

Oyo State is another south-western State that features in this list of top most educated States in Nigeria with a literacy level of 95.30%. The State focuses greatly on education and this is a feature that can be seen in almost every Yoruba State in Nigeria. Their love for education is almost unmatched in Nigeria. The popular and prestigious University of Ibadan, Nigeria’s premier university can be found in the State and to date, it remains one of the best universities to study medicine in Nigeria.

Another popular university, the Ladoke Akintola University of Technology (LAUTECH), situated in Ogbomoso is a great citadel of knowledge. Oyo State also boasts of many top private and government educational institutions scattered all over the state especially Ibadan, the state capital.

Rivers State is the first south-south State in the country to make this list of the best educated states in Nigeria with a high literacy level of 95.0%. The State is one of the oil producing states in Nigeria, contributing significantly to Nigeria’s income generation. Rivers State, through its Universal Basic Education Board invests greatly in educational development at primary and secondary school level.

Ogun State and education are like siamese twins, they can never be separated. When it comes to educational advancement, Ogun State, with the slogan “Gateway State”, is indeed the gateway of top quality learning in the country with a high literacy level of 94.4%. This State is home to the highest number of educational institutions in the Nigeria.

Enugu State is a south-eastern State in the country that has education as its top priority as evident in the number of institutions located there and a high literacy level of 90.0%. The State is home to the prestigious University of Nigeria, Nsukka, one of the undisputed top 5 universities in Nigeria which has produced notable Nigerians such as the following people on this this list. UNN is also one of the oldest universities in Nigeria.

The State is also home to the Enugu State University of Technology which is one of the best state universities in the country. There are a host of top public and private secondary schools located in Enugu as well that shows that the state, when it comes to literacy levels, is up there with the very best. Other notable schools located in Enugu State include Caritas University and the Institute of Management Technology.

Delta State, is another south-south State in Nigeria which features on this list that also has education as the centre of everything they do as is evident in their literacy levels of 89.9%. This oil producing State in the country has many tertiary education institutions with school curricular focused on petroleum exploration and production.

Osun State, a south-west State, completes this list of top 10 best and most educated States in Nigeria with a high literacy level of 89.4%. The State houses several private and public universities. Some top tertiary institutions in the State include Bowen University, Adeleke University and the Redeemers University of Nigeria, Osun State University, Obafemi Awolowo University, Oduduwa University to mention but a few.