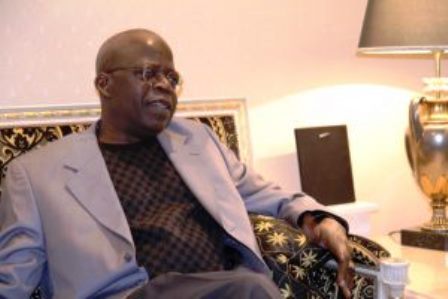 Bola Ahmed Tinubu is a well-known and highly-regarded Nigerian politician born on the 29th of March 1952. He started and completed his primary school education at St John’s primary school, Aroloya, Lagos State. He continued his education in United States of America, where he attended Richard J. Daley College Chicago in 1975. Tinubu graduated with a Bachelor of Science degree studying Accounting in 1979.

Tinubu decided to remain in the United States upon completing his university education for a while before relocating back to Nigeria in 1983. He started his political carrer in 1992 and was elected to the Senate of the Federal Republic of Nigeria, representing Lagos West constituency under the Social Democratic Party (SDP) platform. Due to the love and respect he commands within Lagos, he was voted to power as Governor of Lagos State in 1999 under the Alliance for Democracy (AD) platform. Bola Ahmed Tinubu was sworn into office in 1999 and he wasted no time in embarking on some developmental projects in the State.

After four years in office, he was rated as one of the best governors in the country due to large number of projects that were completed during his administration. Tinubu contested for the governorship position for the second time and won the election still under the platform of the Alliance for Democracy (AD), and he was sworn into office for the second time in 2003. Bola Tinubu and his wife Senator Oluremi Tinubu were both honoured with a chieftaincy title on the 20th of November 2012 in Abeokuta, Ogun State. He was also decorated as the Aare Ago of Egbaland, while his wife was decorated as the Erelu Aare Ago of Egbaland. Tinubu also holds both the chieftaincy titled of the Asiwaju of Lagos and the Jagaban of Borgu Kingdom in Niger State, Nigeria.

Though, he has been out of power since 2007, Tinubu plays huge role when it comes to making decisions or policies in Lagos State. He is presently seen as the Awolowo of this present day in Yorubaland and as such, it is not surprising that when he declared his intent to run for the 2023 Presidential elections, he was unanimously chosen by many people from Yorubaland to run under the platform of the ruling APC.

Though former Edo state governor Adams Oshomole is the official APC national chairman, Ashiwaju Bola Ahmed Tinubu is seen as the current leader of the All Progressive Congress (APC).

The exact source of his wealth remains unrevealed but, as much as we know, his mother Abibatu Mogaji was a successful business woman in the southwest state before her demise in 2013. Apart from the financial worth of his parents, Tinubu makes cool money from politics and that has been his major source of his wealth for more than two decades.

The former Governor of Lagos State owns quite a large number of properties and assets. They include the multi-million Naira Bourdillon building in Ikoyi, Lagos State, a Mercedes Benz G-wagon which is reportedly worth ₦600m and other assets we don’t know. He also possesses a $60m-rated private jet as a means of transportation. He owns a grand hotel — that serves as alternative source of income — in Lagos state likewise a large hectares of land in Abuja.

Evaluating all his assets in monetary terms, the former Lagos State Governor is financially valued at an estimated $9 billion but rumours suggests that he is worth more than Dangote himself. 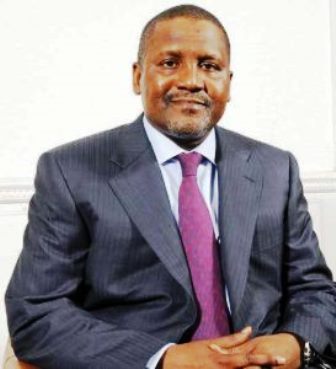 Aliko Dangote, a wealthy, influential and popular business man, who is the richest man in Nigeria and Africa today, was born on the 10th of April 1957. The business guru was born into an Islamic background in kano State Nigeria. According to Wikipedia, Dangote is the grandson of Alhaji Alhassan Dantata who was rated as the richest man in Africa when he was alive. Unfortunately, Dantata gave passed on in 1955 after a brief illness.

Aliko Dangote is currently playing a significant role in the country’s economy as his investments and assets can be seen across the country and beyond. As earlier, stated, the Kano State indigene has massive investments in Nigeria and beyond. He is the founder and President of the Dangote group of companies that was established in the year 1977.

Established in 1977, Dangote Group started as a one-man trading organization but with the passage of time along with hard work and determination, the company has expanded into a conglomerate. Today, the group is an active player in different sectors of the Nigerian economy and has expanded to other parts of Africa. These production companies include the following:

This is the oldest company of the Group and it deals with processing of limestone into finished products (cement). They equally package the products and transport them throughout the country and other parts of Africa for sale.

This company deals with production and packaging of sugar for sale.

This arm of the Dangote conglomerate was mainly established for the production of consumer good and drinks – such as Pasta, biscuits, oil among many others.

As result of the Conglomerate’s respective success in Nigeria, they have expanded as aforementioned to other countries in Africa including Ghana, Togo, Benin Republic, etc. Dangote’s achievements in business world, influence on economic growth and development in Africa hasn’t gone unnoticed by the world’s leading finance-related website Forbes.com. Forbes continues to rate Aliko Dangote as the richest man in Africa to date.

In his part — after receiving ₦150m from Dangote to fight the outbreak of Ebola in 2011, former president of Nigeria Goodluck Ebele Jonathan decorated him as the Grand Commander Of the Order Of Niger (GCON). As an Arsenal fan, the billionaire revealed his interest to purchase a share from Arsenal Football Club in 2015. According to him, he was not happy with the way the Premier League side was run, so, he wanted to improve the club, especially the business side it by becoming a shareholder.

There have been different stories to his source of wealth. After making our research, we got so many answers from Nigerians as regards to how and when the Kano State citizen began his journey to financial greatness. Some said he started as a biscuit seller, while others claimed Dangote’s wealth is as a result of the inheritance gotten from his grandfather. However, according to a trusted site, we can confirm that his money and wealth is as a result of his entrepreneurship skill.

In an interview reportedly granted by the richest black man on earth some years ago, he sold out sweets (candies) to his classmates in school while growing up. From there, he began to develop his business mind and that’s how he became who he is today, though, his grandfather also played some important role in his journey to prominence.

He owns a private jet worth $45 million. Houses, cars and other private possessions are what the billionaire can call his own.

Currently, his net worth is estimated to be $12.5 billion which is above Tinubu’s.

TINUBU NET WORTH & DANGOTE NET WORTH: WHO HAS MORE MONEY?