Teniola Apata popularly known in the music industry by her stage name as Teni Makanaki or simply Teni is a Nigerian singer, songwriter, stage performer, entertainer and  recording artiste. Her biography, net worth, endorsements, songs, awards and nominations are all captured in this post. 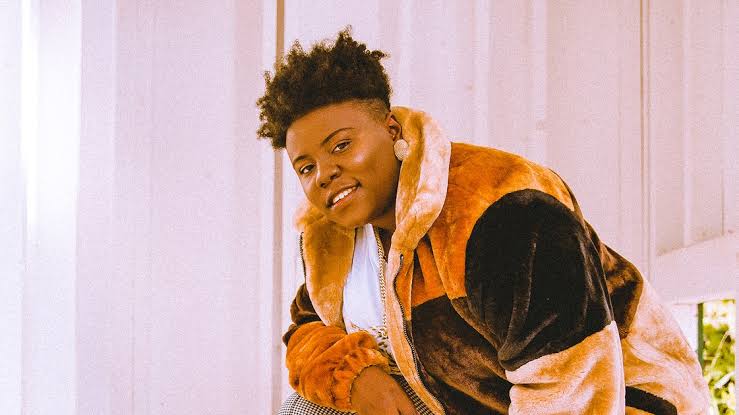 Born in Lagos State on December 12, 1992, she is a fast rising and much loved entertainer in Nigeria, very gifted and talented as well. Teni is widely reported to be a native of the ancient town of Ilesa, in Osun State by some sections of the media, while others say she hails from Ekiti State, Nigeria.

She is the 9th child out of 10 in her family and her father, Simeon Apata, served in the Nigerian Army, he was also a Nigerian Civil War veteran before he was murdered by unknown gunmen on January 8, 1995 when she was just a little child.

Teni is the younger sister of another popular Nigerian singer, Niniola. While growing up, she attended Apata Memorial High School, a school owned by her father in Oshodi-Isolo Local Government, Lagos, one of the military secondary schools in Nigeria.

After her secondary education, she proceeded to the American Intercontinental University, Schaumburg, Illinois, USA for her tertiary education where she obtained a degree in Business Administration.

Teni’s music career began in 2016 when she got back to Nigeria from the United States and was signed to the music label, Magic Fingers Records owned and headed by one of Nigeria’s top music producers, Shizzi.

Her debut single Amen was released under Magic Fingers Records. She later left Shizzi’s record label and signed with Dr. Dolor Entertainment in 2017. It was in this year that Teni’s music career began to rise, especially after releasing the single Fargin in late 2017.

She became hugely successful and gained wide media recognition after the release of three singles Askamaya, Case and Uyo Meyo all of which were a hit back to back. The song “Askamaya” ranked 15th on MTV Base’s year-end list of the Top 20 Hottest Naija Tracks of 2018.

In 2018, Teni won Rookie of the Year at the Headies Awards, and Most Promising Act to Watch at the 2018 Nigeria Entertainment Awards. She also went home with the Best New Artiste at the 2018 SoundCity MVP Awards Festival.

She was ranked eighth by NotJustOk on their list of the 10 Hottest Artistes In Nigeria. Premium Times Newspaper also listed her among the “Six Nigerian breakout stars, viral sensations of 2018”.

On February 20, 2019, Teni was featured on YouTube Music’s Trending Artiste on the Rise. On May 3, 2019, she released the video for Sugar Mummy. On June 14, 2019, she released a new single titled Power Rangers. Teni mostly sings in Yoruba Language, spicing it up with Nigerian pidgin.

Teni is a very well established artiste in Nigeria with her popularity ever increasing. Her successes in music over the years have contributed majorly to her earnings and this has significantly improved her net worth considerably. Teni is currently worth $3 million in US Dollars, which when converted to Nigerian Naira, is about ₦1.7 billion.

Some of Teni’s songs include the following: