This article is about the biography and net worth of the Nigerian celebrity Tekno this 2023. Augustine Miles Kelechi, widely regarded by his stage name Tekno, is a Nigerian singer, song writer, recording artiste, music producer, stage performer, entertainer and dancer. He is also known as Tekno Miles, The Golden Boy of Africa, Slim Daddy and Alhaji Tekno. 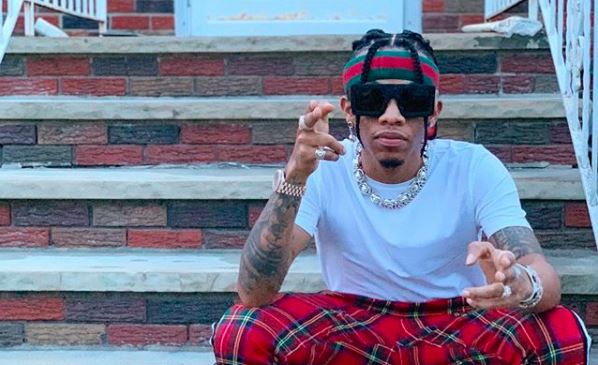 Tekno was born on December 17, 1992, in Bauchi, Northern Nigeria into a family of six which comprises of five boys and a girl. He is a native of Ivo Local Government Area, Ebonyi State. He grew up in several parts of Northern Nigeria such as Nasarawa, Kaduna and Abuja as a result of the fact that his father was an officer in the Nigerian Army and was frequently being transferred. Tekno Miles was enrolled in a music school when he was 8 years old. It was at this music school that he he learnt and mastered the basics of playing the piano and guitar. He is the elder brother to “Starboy” label act Spotless.

As an upcoming artiste, Tekno Miles got his first record deal when he signed a contract with K-Money Entertainment, a record label under which he would release his first single titled Holiday which featured vocals from Davido. The song was a success and it gained wide media acceptance and critical acclaim. It went on to receive massive airplay in Nigeria.

He continued to hone his skills in music such that his performance of a song titled Onye Ne Kwu, a remix of Ice Prince’s hit song Oleku at an event in Abuja in 2012 caught the attention of one of Nigeria’s top comedians, Julius Agwu and other celebrities who were present at the occasion. Other top celebs that were in attendance at the occasion were Iyanya and Ubi Franklyn, the manager of Made Men Music Group and they struck up a friendship with Tekno Miles. Ubi and Iyanya eventually encouraged Tekno to take the big step and move to Lagos to advance his career and gain the media visibility that matches his talent, something he did and has never looked back since then.

When he got to Lagos, Tekno signed a recording contract on October 5, 2013 with Made Men Music group. After signing the contract, it didn’t take long before he released his hit singles, Dance and Anything both of which won him a nomination for the 2014 Nigeria Entertainment Awards Best New Act of The Year. On June 18, 2015, Tekno continued to wow his fans with more hit tracks, following up from where he left off the previous year. The release of Duro topped the Nigerian music charts and it peaked at Number 5 on Capital XTRA’s Afrobeats Chart: Top 10. The song earned positive reception in other parts of Africa as well as in the United States.

“Duro” remix featuring Flavour and Phyno was released afterwards on November 16, 2015. Still in November of that year, he released another single titled Wash, a song which was produced by DJ Coublon. His first album, Basstards was released on September 21, 2016. During the course of his music career, Tekno has worked with some of Nigeria’s top music artistes such as Davido, Wizkid, Flavour, Phyno, Lynxx, Bracket, to mention but a few, and he is credited as the songwriter of majority of Davido’s hit songs including the much loved single titled If.

Tekno wrote and produced several others songs such as, Catch You by Flavour, Panya by Bracket, Last Station which featured Stonebwoy, Pray For You featuring Lynxxx, Boss by Ice Prince, and Show by Victoria Kimani. He is also linked to the song Bum Bum by Diamond Platnumz featuring Iyanya.

Tekno is unmarried, he is still very much single but he has a daughter by the name Skye, born to him in June 2018 his baby mama and long time sweetheart Rachael Akosua Funmilola Garton, also known as Lola Rae, a Nigerian-born singer and dancer of Ghanaian and British origins.

Tekno Miles signed an endorsement deal with MTN Nigeria in 2016 to be their brand ambassador. The deal was reportedly worth about N 18 million. He also signed an international deal with Sony Music worth about $4 million dollars. The deal made him one of the highest paid musicians in Nigeria and placed him on the world stage.

Tekno is currently worth an estimated $6 million, majority of his wealth coming from album sales, shows as well as endorsement deals.

Tekno’s awards and nominations include the following:

Songs by Tekno Miles include the following:

Tekno, having been made very rich by his music, owns many cars in his fleet, some of which include a black coloured Range Rover HSE, a Lamborghini Aventador, a Bentley Continental GT,a Coupe Mercedes-Benz S550, a Rubicon Jeep Wrangler, and a BMW X6.