Anita Natacha Akide, popularly known as Tacha, or Symply Tacha is a Nigerian celebrity, reality TV star, video blogger and social media influencer who hails from Port Harcourt, the Rivers State Capital. She is very famous for participating in the Season 4 of the Big Brother Naija (BBNaija) Pepper Dem Season reality TV show where she was widely tipped to win but lost in the end to Mercy Eke, the eventual winner and her main rival in the reality TV programme. She is unofficially recognized as Port Harcourt’s first daughter and has a massive fan base known as The Titans. 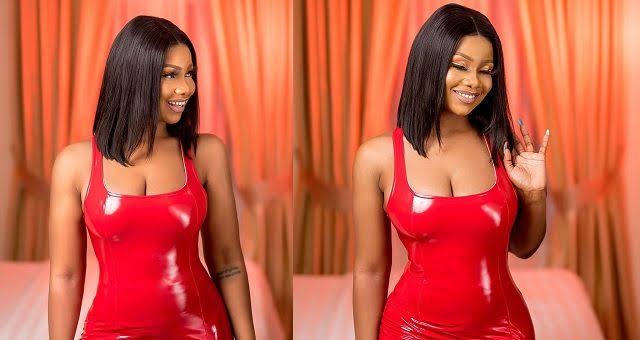 Tacha was born on December 23, 1995. She hails from the Kalabari clan of the Ijaw ethic group, one of the ethnic groups and tribes in Nigeria and she grew up in Port Harcourt, the Rivers State capital; Rivers being a Niger-Delta State located in the south-south geopolitical zone in the country and also an oil producing state in Nigeria. Because she is from Port Harcourt, She is widely unofficially known as Port Harcourt’s first daughter.

Tacha’s career as a celebrity began when she took part in the BBNaija reality TV show in 2019. She was one of the most exciting and most controversial housemates on the show as well. Her stay in the BBnaija show was unfortunately brought to an end when she physically attacked Mercy Eke, who would go on to win the prize money, in the Big Brother Naija house as a result of a heated argument that ensued between the two.

Following her eviction, Tacha’s popularity grew even bigger than when she was on the BBNaija TV show and this effectively cemented her place on social media as an influencer with a very large fan base popularly known as TachaTitans or The Titans. She is the owner of an Instagram make- up online store known with the Instagram handle @everythingtacha.

ABOUT HER FAMOUS TATTOO

Tacha has a famous tattoo on her chest and it is in tribute to Davido, the owner of DMW records and one of the richest musicians in Nigeria. She is a massive follower of Davido on social media and she loves majority of his songs. Tacha admitted that she got her tattoo of Davido to show how much she loves him. Davido saw the tattoo on Instagram and was impressed with her, commenting with a love emoji and following her back on the social media platform.

During a heated argument with Mercy in the BBNaija house, Tacha lost her cool and physically attacked Mercy by pushing, shoving and pulling the hair of her fellow housemate. It is believed that the argument was stirred up by Cindy, another housemate. Tacha’s action on live television cost her her stay in the Big Brother Naija house, leading to her eviction from the reality TV show.

Big Brother Naija rules clearly state that any type of violence such as provocation, goading, bullying and victimization may be punished by Big Brother in any way he chooses and Tacha’s actions were considered violent. She was found guilty by Big Brother for breaking the rule of physical violence in the House and was also judged guilty for intending to harm Mercy when she shoved her and pulled her hair twice on different occasions. For that reason, she was evicted from the Big Brother Naija House.

Presently, Tacha is not publicly dating anyone but it is being speculated in the media that she has a mystery boyfriend known as King Ladi of whom much is not known. While she was still at the BBNaija house, she revealed that she was once in a relationship with a broke boyfriend who he could not help her with the funds to start a business. She has since left the unknown boyfriend and moved on with life.

Tacha is currently worth $2 million this 2023. The source of her wealth coming from participation in the BBNaija reality TV show, her Instagram online store, her various endorsement deals as well as the money she makes as an influencer on social media.

Tacha has done really well for herself in the course of her celebrity career. The Port Harcourt first daughter is the proud owner of an expensive mansion in the Rivers State Capital and she bought the mansion for an undisclosed fee. She has also been spotted at different locations with different types of cars but the one that she is mostly recognized for owning is the one below:

Tacha’s Mercedes Benz C300 is valued at ₦14 million and she bought the car in early 2020. Showing it off to her followers on social media, she posted a picture of her expensive car with the caption: “There is so much to be thankful for”.