Simisola Bolatito Kosoko, (Nee Ogunleye), popularly known as Simi, is a Nigerian singer, songwriter, entertainer, stage performer, recording artiste, sound engineer and actress. Her music career began as a gospel singer, releasing her debut studio album titled Ogaju in 2008. Simi gained wide media attention and prominence in 2014 after she released her single titled Tiff. The song was nominated for Best Alternative Song at The Headies in 2015. 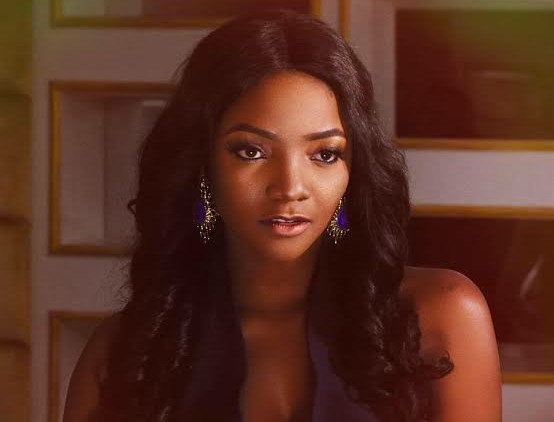 In 2014, Simi signed a record deal with X3M Music but she left the music record label in May 2019 as a result of the expiration of her contract. Her second studio album titled Simisola, was released on September 8, 2017 while her third studio album titled Omo Charlie Champagne, Vol. 1 followed in 2019. The release of “Omo Charlie Champagne, Vol. 1” coincided with her thirty-first birthday on April 19, 2019. Simi launched her own record label, Studio Brat in June 2019.

Simi was born in the Ojuelegba area of Surulere in Lagos State on April 19, 1988 and she is the last of four children. While granting an interview to Juliet Ebirim of Vanguard newspaper, she revealed that her parents separated when she was 9 years old, also revealing that she grew up as a tomboy. After her primary education, Simi went on to attend Stars International College, Ikorodu, Lagos for her secondary education, obtaining her SSCE in the process and proceeding to Covenant University, Ota, for her university education where she bagged a Bachelor of Arts degree in mass communication.

Simi’s music career as is the case with Mayorkun and many other Nigerian singers, started in her local church’s choir and by the age of 10, she had already written her first song. Her professional music career commenced in 2008 after the release of her first studio album “Ogaju”, which housed a number of songs such as Iya Temi and Ara Ile. The album was produced by popular Nigerian music producer, Samklef.

In January 2014, Simi released the 5-track Extended Play (EP) titled Restless. This EP eventually earned her a record deal with X3M Music and the EP comprised mostly of covers recorded by popular music stars, such as Rihanna’s “Man Down” and Adele’s “Set Fire to the Rain”. Simi released two singles on January 9, 2014, the singles were “Tiff” and E No Go Funny. The two songs received massive airplay in Nigeria and were met with generally positive reviews from critics. The video for “Tiff” was directed by Josh Clarke and released on August 30, 2015 with the song being nominated for Best Alternative Song at the 2015 edition of The Headies.

In late 2015, Simi won the Most Promising Act to Watch award category at the 2015 Nigeria Entertainment Awards and she later revealed in an interview with Leadership newspaper that she started working on her second studio album, which was to be released in 2016. On February 14, 2016, Simi released Love Don’t Care. The song received frequent radio airplay and was positively received by millions of her fans.

The song “Love Don’t Care” addresses tribalism and discrimination in Nigeria and its music video was directed by Clarence Peters. Simi was nominated in October 2016 for Best Breakthrough Act at the MTV Africa Music Awards and she collaborated with Falz the Bahd Guy on October 27, 2016 to release the EP Chemistry. By the end of 2016, Simi was nominated in three categories at The Headies 2016, winning one.

Before her second studio album Simisola, which comprised of 12 tracks was released, Simi dropped two singles; Smile for Me and Joromi. The two songs also had their music videos released and were directed by Clarence Peters and Aje Films, respectively. Simi also released music videos for O Wa Nbe, Complete Me, Gone for Good and Aimasiko in order to further promote her second album. On September 1, 2017, Simi unveiled the album’s track listing and seven days later, the album was released, debuting at number 5 on the Billboard World Albums chart.

Simi revealed in March 2019 that she would be releasing her third studio album Omo Charlie Champagne, Vol. 1 to coincide with her birthday on April 19, 2019. This information was disclosed in a series of social media messages. The 13-track album is a mixture of sentimental ballad, Afropop, Afro-fusion, Afro-soul, R&B, EDM and moombahton which features guest vocals from Patoranking, Maleek Berry, Falz, and her husband Adekunle Gold.

The production of the album was primarily handled by Oscar, with additional production from Vtek, Legendury Beatz, and Sess. Simi dedicated her third studio album to her father Charles Oladele Ogunleye, who died in 2014. “Omo Charlie Champagne, Vol. 1” was preceded by three singles: I Dun Care, Lovin and Ayo. In May 2019, Simi departed from X3M Music following the expiration of her recording contract. Both parties did not renew the contract and agreed to part ways. In June 2019, Simi announced the launch of her independent record label, Studio Brat.

Simi is married to singer Adekunle Gold. They got married in a private wedding ceremony on January 9, 2019 and it was later revealed that they had been dating for five years prior to their wedding. On Sunday, June 7, 2020, the couple welcomed their first child and daughter, Adejare amidst joy and much happiness to the delight of their fans and well wishers.

Simi has five albums and one extended play (EP) to date, and they are:

Her selected songs include the following:

Below are some of Simi’s awards and nominations:

Simi’s net worth this 2023 is estimated to about $2.5 million. Her net worth is mostly from her music which includes album sales and shows she attends. She is one of the most popular female musicians in Nigeria.