Sambo Dasuki is the Former National Security Adviser to the Former President of Nigeria, Goodluck Ebele Jonathan. He was born on December 2, 1954, in Wusasa, Zaria, Kaduna State, Nigeria, and he is a retired Nigerian Army Colonel. We will be looking at his biography and current net worth (2023) in this article. 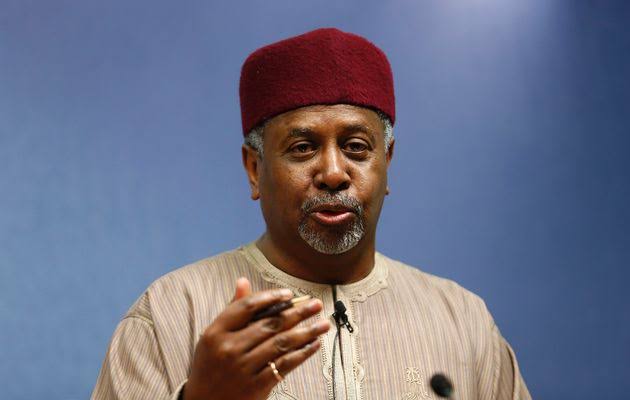 Sambo Dasuki, as aforementioned, was born on December 2, 1954 to the late Alhaji Ibrahim Dasuki, the 18th Sultan of Sokoto and he is the first son of the deceased Sultan. Dasuki hails from Sokoto State but he was raised in Kaduna where he completed both his primary and secondary education at the Kaduna Capital School and later, Government College, Kaduna respectively.

In 1972, he enrolled into the Nigerian Defence Academy, NDA where he was the coursemate of several renowned Nigerian Army officers such as Colonel Kayode Are, General Owoye Andrew Azazi, as well as top Naval officer, Admiral Ganiyu Adekeye. He was commissioned as an officer by the Nigerian Defence Academy in 1974 and was posted to an Army Headquarters platoon afterwards to proceed with his military career.

PARTICIPATION IN THE COUP D’ETAT OF 1983

In 1983, Sambo Dasuki who was a Major in the Nigerian Army and the military assistant to General Mohammed Inuwa Wushishi, actively took part in coup d’état that successfully toppled the democratically elected Government of Alhaji Shehu Shagari and installed Major General Muhammadu Buhari as the Head of State of Nigeria.

Later, Dasuki and three other Majors namely Abubakar Dangiwa Umar, Lawan Gwadabe, and Abdulmumini Aminu, arrested Major General Muhammadu Buhari in the 1985 palace coup which was led by the Chief of Army Staff, Major General Ibrahim Babangida. Following the successful palace coup, Sambo Dasuki was made Aide-de-camp (ADC) to General Ibrahim Babangida on his accesion to power as Nigeria’s new Head of State.

Dasuki worked at the Nigerian Security Printing and Minting Company Limited (NSPMC) as Managing Director of the company, a position which he resigned from following the controversial privatization of the company by former President Olusegun Obasanjo.

In 2015, while he was serving as national security adviser, he made the Independent National Electoral Commission aware of the fact that operations against Boko Haram militants meant the Nigerian military would be unable to provide adequate security for the upcoming 2015 Nigerian general elections which was scheduled for February 15, 2015 but was postponed until March 28 of the same year.

Dasuki also insisted in 2015 that the Nigerian military would ensure that the Sambisa Forest, which was the last fortress of the Boko Haram terrorist group, would be liberated before the May 29 inauguration of President Buhari’s new government.

Coincidentally, on the one year anniversary of the abduction of Chibok school girls, Dasuki insisted that government was concerned about the welfare of every single Nigerian not only the Chibok girls, as terrorists abducted other innocent Nigerian girls, boys, men, and women and security agencies were making all efforts to rescue them. The military rescued more than 300 abductees a few weeks afterwards.

Before he was arrested and jailed by the DSS under the Muhammadu Buhari led Government in 2015, Sambo Dasuki was placed on house arrest at his Abuja residence and heavily guarded by the DSS for about one month, making sure that any attempt by him to leave the country was strongly repelled.

Dasuki’s request for the DSS to return to him his seized international passport was granted by Justice Adeniyi Ademola of the Federal High Court Abuja, to enable him travel abroad for medical treatment but this was hampered by the DSS who besieged his Abuja home yet again on November 5, 2015.

ARREST AND RELEASE FROM PRISON

Sambo Dasuki was arrested by the Economic and Financial Crimes Commission, EFCC and remanded in their custody for his alleged involvement in the misuse of $2.2 billion intended for the purchase of arms to fight Boko Haram terrorists.

He wrote a statement which implicated a number of Peoples Democratic Party, PDP top ranking members, ex-governors, ex-ministers and many others who diverted millions of naira via the office of the Former National Security Adviser. His statement helped the EFCC to investigate the funds diversion and this came to be known as DasukiGate.

The DasukiGate investigation led the EFCC, towards Dasuki’s accomplices in the arms deal fraud. It was alleged that the $2.2 billion was part of the sum of $5 billion returned by the Swiss Government, which was stolen from Nigeria’s treasury by the late military dictator, General Sani Abacha who stashed the money in offshore accounts.

Those implicated in the DasukiGate saga include: Raymond Dokpesi, owner of DAAR Communications Limited, the company which operates Africa Independent Television, AIT, Bashir Yuguda, a former minister of state for finance, Attahiru Bafarawa, a former governor of Sokoto State and Mr. Shuaibu Salisu, a former Director of Finance at the Office of the National Security Adviser.

Others include Olisa Metuh, the National Publicity Secretary of PDP who admitted his involvement and pledged to refund the sum N400 million which he collected from Dasuki as a ‘peace’ offer.

In January 2016, in the events following his trial, the EFCC confiscated his properties in Kaduna. The properties include a hotel and a mansion under construction. There is also a house in Asokoro, Abuja which he is alleged to own.

Sambo Dasuki faced 22 count charges of fraud and money laundering and pleaded not guilty of the crime during the court hearing at the Federal High Court in Abuja on December 14, 2015. He was initially granted a bail to the tune N250 million based on certain conditions placed by the federal high court but he was re-arrested on his way out of Kuje prison in Abuja by the Department of State Services, DSS, who insisted he be investigated for many crimes.

Despite being granted bail, Dasuki was held in prison since December 2015, spending four years in prison with the Presidency seemingly turning a deaf ear to the rule of law and refusing to release him until December 24, 2019.

His release came after the Federal Government faced much pressure from the international community who insisted on his release and the release of other political prisoners wrongfully held in prison despite being granted bail by competent courts of law.

Colonel Dasuki (Rtd) made money both as a military officer and as a civilian political appointee under different regimes and administrations. His primary source of wealth is politics and other private investments. While he was in office as Nigeria’s National Security Adviser, it was alleged that his salary was over ₦20 million. He is well established but as at the time of writing, his true net worth could not be ascertained.