Ayoleyi Hanniel Solomon, widely regarded by his stage name, Reekado Banks, is a Nigerian singer, songwriter, stage performer, recording artiste and entertainer formerly on the books of Mavin Records, owned by Don Jazzy but now the CEO of his own music label, Banks Music. 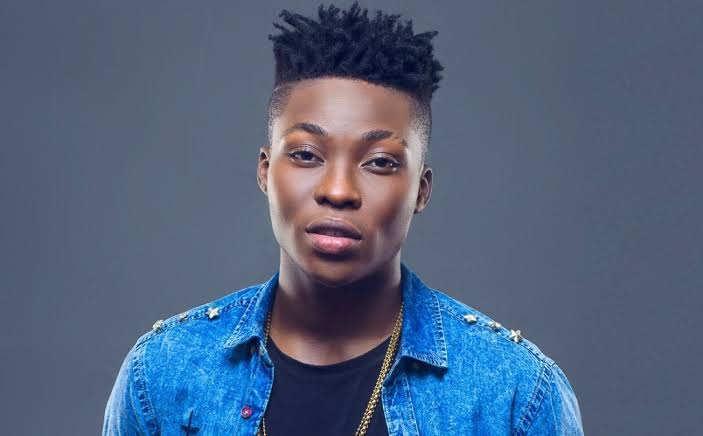 Prior to setting up his own music label, Banks was a member of Mavin Records from 2014 to 2018 where he went on to achieve significant success within that four year period with the Mavin crew. Before ever signing his record deal with Mavin, he went by the stage name “Spicy” as an upcoming artiste until he later changed to what he is known as presently to fit with his rising profile.

Born into a family of music lovers, it is no surprise why Reekado Banks grew up to be the musician that he is today. He is a native of Ondo State, in the South-Western part of Nigeria and the last child of a pastor father and a caterer mother. His siblings are also into music, his elder brother being a producer and his elder sister, a gospel singer. Reekado Banks grew up under a strict family setting due to both of his parents being pastors. By the age of 14, he had completed his secondary education and began making music afterwards, his first set of songs coming in the year 2008.

While still upcoming, his elder brother produced all of his songs and taught him the basics of singing, writing and producing, things he would later go on to perfect and become one of the most sort after musicians in Nigeria. In 2014, Reekado Banks bagged a bachelor’s degree in history and strategic study from the University of Lagos, UNILAG. He has cited Don Jazzy, 2face Idibia, DJ Jimmy Jatt, Olamide and M.I as the top music artistes who have had the biggest influence in his music style.

Reekado Banks struck a record deal with Mavin Records due to the fact that his brother submitted some of his songs to the music label in an online talent hunt. Mavin Records then signed him after his entries were preferred over majority of the 5000 entries. During an interview with the National Mirror, he made mention of how his brother submitted his songs and reached out to the record label on his behalf without his prior knowledge. Banks also told the National Mirror about his versatility as an artiste, stating that he makes music with the thought that humans are different and have different taste.

On February 21, 2014, Reekado Banks premiered the single Turn It Up which coincided with the day he signed with Mavin Records. He featured Tiwa Savage in the song and “Turn it Up” was released as his first official single under the record label. Reekado Banks was featured in the song Dorobucci, alongside Don Jazzy, Korede Bello, Tiwa Savage, Di’Ja, Dr SID and D’Prince, all of whom were known as the Mavins All Stars Crew. He also collaborated with some of the already mentioned artistes to release three singles which are Adaobi, Arise and Looku Looku.

On February 13, 2015, Reekado Banks released the Don song Katapot, which was produced by Don Jazzy. The song allegedly being a diss track towards D’banj and Wande Coal. Something Don Jazzy was quick to debunk in a series of messages on twitter.

In July 2015, Reekado Banks signed an endorsement deal with mobile telecommunications giant Globacom worth several millions of Naira. He announced his departure from Mavin Records On December 7, 2018, four years after first signed for them. Heh as since launched his own record label known as Banks Music.

At the Headies of 2014, Reekado Banks was declared Rookie of the Year and was controversially awarded Next Rated award at The Headies 2015. He also won the Award for Most Promising Act at the City People Entertainment Awards in 2015. His first studio album Spotlight was released on September 1, 2016 and it debuted at number 10 on the Billboard World Albums chart.

Reekado Banks is currently worth an estimated $2 million. His net worth is as a result of album sales and other business ventures.

Some selected Reekado Banks songs to date include the following: