This article is about the biography of His Excellency, Peter Gregory Obi, CON (Okwute), former Governor of Anambra State and Labour Party Candidate for the President of Nigeria in the forth coming 2023 General Elections. 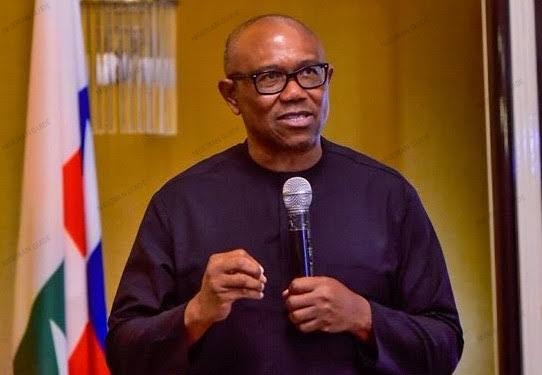 Peter Obi, who was born on July 19, 1961, in the Nigerian economic hub of Onitsha, Anambra State, attended the prestigious Christ the King College in Onitsha before transferring to the University of Nigeria in Nsukka, UNN, where he graduated with a Bachelor of Philosophy in 1984. He started his National Youth Service Corps (NYSC) programme, which is a one-year requirement for every Nigerian fresh graduate after finishing tertiary education.

Obi started his venture into business after completing his required national service, working his way up while demonstrating the modest Christian principles he had been nurtured with. His business allowed him to meet people from various tribes as he traveled the length and breadth of Nigeria, braving various challenges along the way. He built strong relationships along the way, many of which have continued for decades.

Peter Obi built a reputation as a savvy businessman over the years, launching a retail company that has given thousands of young Nigerians jobs and investing in other companies in other economic areas that are still to this day assisting in the creation of worthwhile jobs for Nigerians. He has held a number of board positions in various organizations thanks to his knowledge and strong eye for commercial opportunities.

Peter Obi ran for and was elected governor of Anambra State in 2002 because he believed that things could be better for the citizens of his home state. But it took three years of legal battle for him to be certified the victor after his main rival was wrongfully declared the winner and sworn in as governor.

When he assumed office in March 2006, he started putting his Anambra States Integrated Development Strategy (ANIDS) into action. This was a localized version of the United Nations’ Millennium Development Goals (MDGs), which were intended to reduce poverty, child mortality, hunger, and a number of other pressing social issues.

Obi’s innovative leadership was built on the principle that a nation can only thrive when its citizens are given the freedom and opportunity to generate wealth. To do this, he concentrated mostly on raising the state’s educational standards, creating vital health infrastructure, enacting business-boosting laws, and protecting the safety of people and property within the state.

Obi’s imaginative initiatives helped Anambra State rise 16 spots in the school rankings to become Nigeria’s top state, despite being erroneously impeached twice. His administration made significant investments in waste management, assistance for primary, secondary, and even tertiary healthcare facilities, the development of vocational skills, and many other areas.

The efficient cooperation between the public and commercial sectors, as well as between development partners and civil society organizations, was a defining feature of Obi’s two terms in office and guaranteed that the majority of the implemented programmes were carefully monitored, assessed, and improved. In its efforts to raise the standard of living in the State, Obi’s government made sure that international best practices were upheld by cooperating closely with development partners like UNDP, UNICEF, the World Bank, DFID, and the European Union.

By the end of his term as governor, Anambra State had about $156 million in bonds denominated in dollars, making it the first state in Sub-Saharan Africa to establish a Sub-Sovereign Wealth Fund of its kind. His administration completely rebuilt the first state-owned teaching hospital, Chukwuemeka Odumegwu-Ojukwu Teaching Hospital in Awka, and went on to complete 12 other healthcare facilities that had not previously been accredited. He took office in 2006. His school management practices have made sure that Anambra State’s educational standards have remained high to this day.

He was elected as the Vice-Chairman of the Nigeria Governors’ Forum (2008-2014) and Chairman of the South-East Governors’ Forum (2006-2014), despite being the only governor in the region to belong to a different party, as has been recurring in his life journey, where both peers and the public place great trust in his abilities to serve diligently.

GETTING READY FOR FUTURE SERVICE

Obi has stayed up to date with changing trends in community development, human capital development, and poverty alleviation both before and after leaving office as governor. Numerous executive programnes at some of the best universities in the world, including the Lagos Business School, Harvard Business School, the London School of Economics, Columbia Business School, New York, Institute for Management Development, Kellogg Graduate School of Management, Oxford University, INSEAD, and many others, have been attended by him.

His main goal has been to figure out how to best realize the Nigerian dream, which is the idea that every Nigerian can make a meaningful contribution to the country’s development while also leading a fulfilling life.

BUILD UP TO THE 2023 PRESIDENTIAL ELECTION

Obi, who is running for president under the Labour Party, has emerged as the voice of hope for a better Nigeria in the lead-up to the Nigerian general elections of 2023. Due to his prominence as a candidate who is not a member of either of Nigeria’s two more established political parties, there is renewed hope that Nigeria may forge a new path away from the ingrained corruption that has held it back for years.

Widespread support has been given to Obi’s 2023 presidential campaign, especially from young Nigerians who have organized themselves and promoted him under the name Obi-dients. According to his admirers, Nigeria needs him to restore its pride of position in the globe because of his integrity, effective resource management, commercial acumen, respect for the rule of law, security antecedents in Anambra, and general focus on creating human capital.

Peter Obi is married to Margaret Brownson Obi (Nee Usen), and they are blessed with two children. He has received numerous national and international honours, including the Commander of the Order of Niger (CON), one of Nigeria’s national awards.

Obi served as the Honorary Special Adviser to the President on Finance after his term as the governor of Anambra State came to an end. He held this position until May 2015 and was a member of the Presidential Economic Management Team. Given his effective management of State finances as governor and creation of a healthy reserve for his successor, his contributions were deemed to be of immeasurable value to the country; as a result, he was given additional national duties, which he fully carried out up until the swearing-in of a new federal government.

Peter Obi, fespite leaving government in 2015, is as one of the most well-known spokespersons for a new Nigeria, where the qualities of competence and character are the foundation of what it takes to run the executive branch and any of its agencies. He has shown the need for a more cost-sensitive and efficient government where corruption is significantly minimized and transparency is the norm through numerous engagements and exchanges of ideas.

As the Peoples Democratic Party’s Vice Presidential Candidate in 2019, he addressed and led the discourse about Nigeria and Nigerians adopting a production-based mindset and economy, and making sure that the country’s resources were effectively managed to produce the best outcomes.