Tobechukwu Victor Okoh, widely known by his stage name, Peruzzi, is singer, songwriter, stage performer, entertainer and a recording artiste signed under the Davido Music Worldwide (DMW) record label. He was previously on the books of Golden Boy Entertainment. 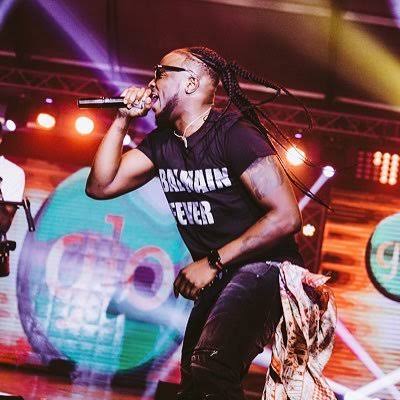 Born on December 5, 1989 in Lagos State, he is of Igbo descent with Imo being his State of Origin. Apart from the fact that his full name is given at the start of this post, many people are not aware that he is from the south eastern part of Nigeria as there is some confusion towards this. Tobechukwu Victor Okoh kick started his music career when he was just 7 years old. This happened when his dad bought him a keyboard as a present.

Peruzzi attended Lerato Primary School in the Egbeda area of Lagos State, and proceeded to Command Children’s School, Ikeja, for his secondary education. After completing his secondary education, he was supposed to study Medicine and Surgery, a top medical course at Odessa National Medical University, one of the best medical universities in the world in Ukraine but he chose to put his studies aside to pursue music full time.

Tobechukwu Victor Okoh has three major hit singles to his name. The tracks For Your Pocket, Mata and Tatashe are some of his best works to date. The hit song Amaka, a masterpiece by the legendary 2Baba (Tuface Idibia), was what brought Peruzzi to the limelight as he was featured in it and the song consolidated his popularity among many Nigerian music lovers. His first studio recording came in 2007 and he has been recording music ever since. Peruzzi calls his style of music ‘UrbanAfro Vibe’ and this is inspired by his versatility as an artiste, making him the first Nigerian UrbanAfro Vibe Artiste ever.

His public profile has continued to rise since he signed to Davido’s music record label, DMW. Under the label, Peruzzi has released some hit singles that has got Nigerians dancing, and this earned him a nomination for Rookie of the Year at the 2018 Headies Awards. Peruzzi in an interview admitted that shelving his plans of becoming a medical doctor did not sit well with his parents, his dad in particular, being highly disappointed. Things have since improved on the home front as after a series of family meetings, he is being supported by his family to pursue his music career with zeal.

Peruzzi’s net worth in US dollars currently stands at about $10 million which makes him one of the richest musicians in Nigeria today.

According to Wikipedia, Some of Peruzzi’s songs include: