Patrick Nnaemeka Okorie, popularly known as Patoranking is a singer, songwriter, dancer, entertainer, and stage performer who majors in the reggae-dancehall music genre in the Nigerian music industry. He came into the limelight after collaborating with artistes such as Konga, Slam, Reggie Rockstone, and XProject, and has never looked back ever since, even going on to surpass the aforementioned music acts before him. Patoranking was associated with Dem Mama Records (Now DM Records) and became very popular following the success of his song Alubarika featuring Timaya. 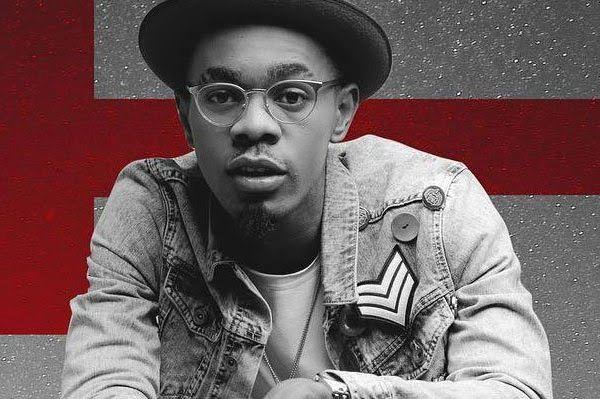 Patoranking was born on May 27, 1990 in Ijegun-Egba, Alimosho, Lagos State. He is a  native of Onicha LGA, Ebonyi State, in the south-eastern part of Nigeria. His stage name was given to him by a Jamaican artiste at Alpha Beach in Lagos when they met and it was gotten from his first name, Patrick.

Patoranking and his family lived in Ijegun-Egba, Satellite Town before they later relocated to Ebute Metta, all in Lagos. He had his secondary education at Citizen Comprehensive College Epe, before switching to Jibril Martin Memorial Grammar School in Iponri, Surulere.

After his secondary education, Patoranking took to dancing as his profession, performing at street jams and carnivals before kicking off his singing career.

Patoranking is a reggae musician who has credited the likes of Buju Banton, Bob Marley, Fela Kuti, Lucky Dube, Chaka Demus, Majek Fashek, Blackky, Blackface, 2Baba and Marvelous Benjy as the music icons who have greatly influenced his music.

In May 2012, he released a single titled Iya Bisi, which featured Qdot and Kbaj. The song fuses dancehall and fuji music genres. Patoranking credited Qdot and Kbaj as part of the composers of the song after they had shared ideas with him on how the song should be.

On September 12, 2013, Patoranking released the audio and video for “Alubarika” at the same time. He featured Timaya in the song and he described the song as a summary of his life as a musical artiste, emphasizing that it opened doors for him in terms of building a fan base and working with established musicians in the process.

Patoranking signed a record deal with Foston Musik in February 2014 and this effectively ended his affiliations with Timaya’s Dem Mama Records. Without wasting any time, he released the hit single Girlie O, days after signing for his new record label and the song was produced by WizzyPro. The music video for the song was shot and directed in London by Moe Musa, and it was released on 5 February 2014.

“Girlie O” remix featuring top music star, Tiwa Savage was released on May 19, 2014 and it was well received by music loving Nigerians. The song debuted at No. 9 on MTV Base’s Official Naija Top 10 chart. The music video for the remix was shot and directed in London by Moe Musa just as it was done for the original song.

He was featured on Seyi Shay’s Murda single alongside Shaydee. The song was produced by Dokta Frabz and released on 1 April 2014. On May 11, 2014, the music video for “Murda” was uploaded onto Vevo. It was directed by Meji Alabi for JM Films.

In January 2016, Patoranking was announced as one of the judges for the inaugural edition of the talent hunt, The Voice Nigeria. He released his first ever studio album God Over Everything on August 1, 2016, featuring guest appearances from the likes Phyno, Wizkid, Sarkodie, Olamide, Elephant Man, and K1 The Ultimate. The album debuted at No. 4 on Billboard’s Reggae Albums chart.

Patoranking is widely reported to have dated a lady simply known as Leila and they both have a child, a son from the relationship. It is alleged that they have now gone their separate ways but they see once in a while as they are bound by their love child. Patoranking also has a daughter by the name Wilmer.

Patoranking lives in a townhouse in Metro Garden, Lekki, Lagos State. He has a recording studio in the house which enables him to work very easily. He also has a number of luxury cars which include a 2014 Range Rover SUV, a Red Porsche, and a Mercedes G Wagon.

This 2023, Patoranking has a net worth of $10 million.. He has been able to rise from very humble beginnings to a wealthy and influential artiste, the bulk of his net worth coming from his music and music shows.

Patoranking has three albums to his credit, “God Over Everything” released in 2016 and “Wilmer” which was released in 2019. On August 2020, he released his third studio album titled “Three”, a twelve-track album that packs some very interesting songs.

Some of Patoranking’s songs include the following: