Esegine Orezi Allen, widely known as Orezi is a singer, songwriter, stage performer, entertainer and a recording artiste. He hails from Owhelogbo, Isoko, Delta State, in the South-South region of Nigeria, where he was also raised. In this post we take a look at his biography, net worth, endorsements, awards and nominations and more. 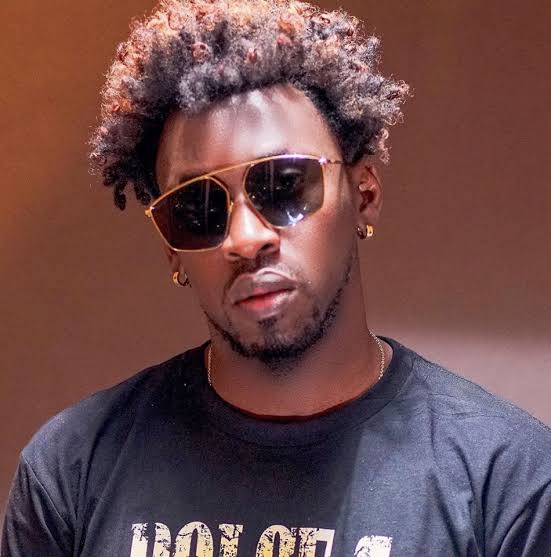 Orezi is the firstborn of his parents and he has four other siblings. He completed his secondary education at Command Secondary School in Abakaliki, the Ebonyi State capital and proceeded to the University of Lagos, Akoka, Yaba for his tertiary education, where he obtained a Bachelor’s Degree in Urban and Regional Planning in 2008.

The year 2009 was the beginning of his career in music as this was the year he released his first single I No Fit Lie which became a hit. This spurred him on to continue in his quest for musical excellence, so in 2010, Orezi released another track, High B.P, which also proved to be a hit. Towards the end of 2010, he released another single titled Jamilaya which featured DJ Jam Jam, and the song received critical acclaim. Top music producers whom he has worked with include Kiddominat, Del B, and Dokta Frabz, to mention but a few.

In 2011, Orezi was featured on the track “Emoti” together with Danagog, Igho, and DJ Debby. The song was aired on top music channels such as Trace TV, MTV Base, Sound City and One Music. He has collaborated with DJ Jimmy Jatt, featuring in Jimmy Jatt’s song titled Komije along with Sauce Kid, Muna, and Igho. Orezi continued to rise in the Nigerian music scene with the release of the song Rihanna in 2013, which proved to be a massive hit.

His music video for the song Booty Bounce featured short appearances from celebrities like Karen Igho, Bovi, Wande Coal, Kay Switch, Sina Rambo, Vina, Danagog, Skuki, and General Pype to mention but a few, and for several weeks, the song was one of the top ten African songs on Trace Urban, Channel O, and MTV. The music video for the song received a nomination in the Reggae/Dancehall category at the 2012 Channel O Music Video Awards.

Orezi was one of the music stars that performed at the Star Trek musical concert tour, which was held in Kaduna and Markurdi, both in Northern Nigeria in 2010. He also performed at Nigeria’s 50th Independence Anniversary celebration organized by the Kaduna State Government on October 1, 2010.

Orezi performed in 2011 at DJ Jimmy Jatt’s Jump Off Show which was held at the Get Arena in Lekki, Lagos. He has also performed at many club tours in Nigeria and South Africa, and was part of the Emoti Tour organized by DJ Debby. In 2012, he performed at the Rhythm Unplugged concert in Ibadan, the capital city of Oyo State.

Orezi’s biggest hit single Rihana, was released in 2013. The song made the world take notice of his talent as it is also the name of one of world music’s biggest stars. Once this song became a success, he signed a record deal with Sprisal Records. “Rihana”, the video was shot in South Africa, costing ₦7.3 million in the process. It gained rave reviews across the continent.

Orezi was signed to HKN record label, a music company owned by Davido, in 2013. That same year, he released the hit single You Garrit. In 2014, he released another new single Shoki which is already popular among music lovers.

Orezi has won a number of awards and has been nominated for some during the cause of his music career, they include:

Some of Orezi’s songs include:

Orezi is currently worth $5 million this 2023. Some of his investments include owning a mansion on Lagos Island, worth about ₦121 million. He also owns a black BMW X6 which is worth about ₦25 million, a wine colored Range Rover Sport worth about ₦30 million and a white colored Toyota Prado SUV which costs about ₦20 million.