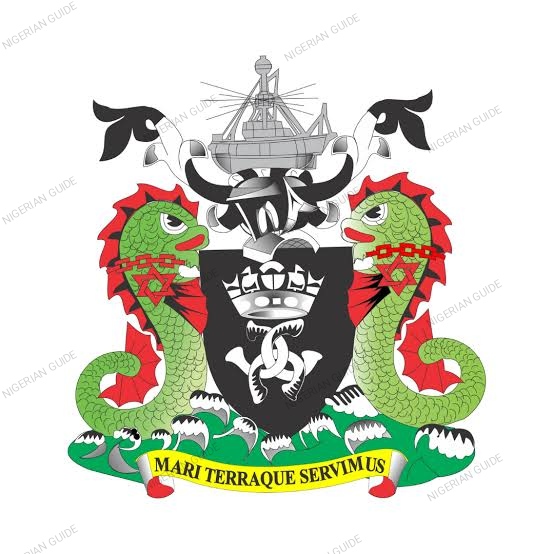 Their operations are carried out under the supervision of the Federal Ministry of Transportation. The NPA also operates in collaboration with other Government Agencies. The Head Office of the Nigerian Ports Authority is located at 26/28 Marina, Lagos, Nigeria.

Port operations and development in Nigeria began in the middle of the 19th century. The effort towards the provision of facilities for ocean going vessels started with the opening of Lagos Lagoon in the early 1909. The Apapa Port in the South West was earmarked for development in 1913 and construction of the first four deep water berths of 548.64m at the port began in 1921

The Port of Port Harcourt was conceptualised on discovery of coal at Enugu and was subsequently opened for the business in 1913. The completion of the railway line in Enugu in 1916 resulted in the development of four 1920 feet long berths at Port Harcourt to expedite the exploitation and eventual exportation of coal on one hand and the support of importation of goods on the other hand. The Nigerian Port Authority was established as a continuous Public Corporation by the Ports Act of 1954 to address the institutional weakness that bordered on lack of coherent policy framework as ports development were done on adhoc basis driven by changes on the level and demand of sea-borne trade.

In 2003, the Federal Government of Nigeria initiated the drive towards improving efficiency in Nigerian Ports, and the landlord model was adopted for all the Nigerian Ports. This gave rise to the concession of 25 Terminals to private Terminal Operators with lease agreement ranging from 10-25 years. One of the concessions was a Build, Operate and Transfer (BOT) arrangement. Also in the process of reorganising the ports, the former eight (8) ports were reduced to six (6) major ports, with two (2) ports in Lagos and four (4)in the east namely; Lagos Port Complex, Tin Can-Island Port Complex, Calabar Port, Rivers Ports, Onne Ports Complex and Delta Ports Complex respectively.

In line with the reform programme, the transaction commenced with the advertisement for Expression of Interest on the 3rd of December, 2003, by the National Council on Privatization with the Bureau of Public Enterprise acting as the transaction agent. A total of 110 EOIs were harvested out of which only 94 were pre-qualified. Pre-bid conferences, Data room and physical due diligence were also done and request for proposals sent out to bidders. Technical bids were submitted and evaluated; the financial offers were also opened to determine the successful bidders.

All the successful bidders negotiated their concession agreements with a Public Sector Team made up of Nigerian Ports Authority and the Bureau of Public Enterprise. Successfully negotiated agreements were signed. Transition programme initiated preparatory to handing over. Under this new arrangement the Authority ceded some of her functions and responsibilities to the Private Sector.

The following are some of the major functions of the NPA in Nigeria today: