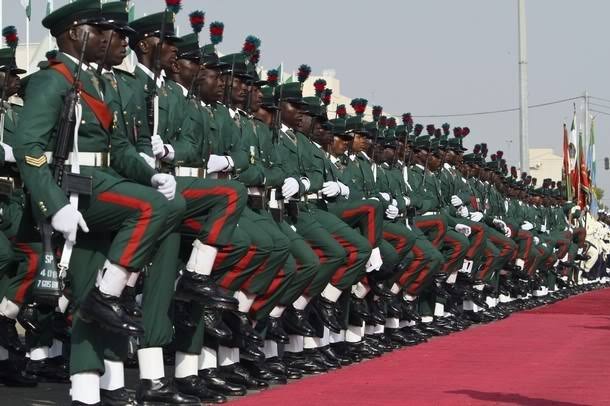 Due to the military might of Nigeria, especially her army, our country is widely regarded as a regional power and exercises regional hegemony in West Africa. This means that Nigeria has unrivalled power and influence over the entire West African region. Also, in world affairs, Nigeria ranks as a middle power and she has a moderate influence in world affairs largely due to the role our armed forces, especially the army, play on the world stage. Currently, the Nigerian army is among the best and most equipped land forces in Africa.

The Nigerian army was founded in 1960 and it is an offshoot of the Royal West African Frontier Force that was the active military force in the country during the colonial period. Since independence, the name change from RWAFF was necessary to give our military an indigenous identity, totally independent of foreign influence. Currently, the Nigerian Army has grown and as at present, it consists of Nine (9) formations all over the federation. The formations of the Nigerian Army include the following:

These are the salaries of the commissioned and non-commissioned officers of the Nigerian Army this 2023. Contrary to many beliefs that the Nigerian army receives massive pay cheques per month for their services to the nation, what they actually get paid every month end is not all that huge considering the risks involved in the type of job that they do, it is just enough to keep them going. Below are the salaries of Nigerian Army Officers in the country presently.

The following are the salaries paid to non-commissioned officers of the Nigerian Army per month:

The figures listed above are subject to change and as new figures are released, we will do our best to keep you updated.