In this article, we shall be looking at the Nigerian Air Force, its history, ranks and their salary structure this 2023. The history of the Nigerian Air force can be traced to as far back as the year 1961 after the country participated in peace-keeping missions in Congo and Tanganyika (now The United Republic of Tanzania). During these peace-keeping missions, the Nigerian Army regiment were airlifted by the use of aircrafts from foreign air forces to and from the theatres of operation. As a result of that, the Government of Nigeria at the time, took into cognizance the urgent need to establish an air force actively supported by modern facilities to provide full complement of forces to enhance the country’s military posture. Therefore, in 1962, the Nigerian Government agreed in principle that the Nigerian Air Force (NAF) be formed. 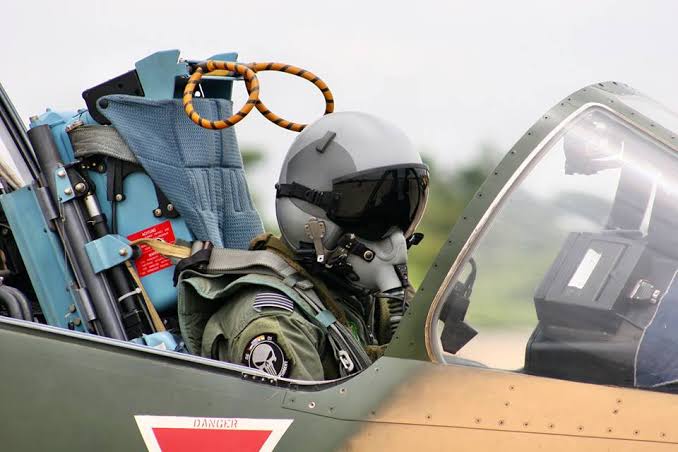 As a result of the agreement for the formation of the Nigerian Air Force, The Nigerian Parliament approved the establishment of the NAF and as such, the recruitment of cadets followed in June 1962. As a result of that, the NAF was officially established by a statutory Act of Parliament in April 1964 to ensure that it serves four main purposes which are:

In 1962, the move to recruit the required manpower for the planned air force commenced. As a result of this,  the Nigerian Government was in talks with some friendly nations on the possibility of training Nigerian Air Force personnel in various specialist fields. Hence, the first batch of 10 cadets was enlisted into the NAF in 1962 to be trained with the Ethiopian Air Force. 1962 was a significant year for the NAF as it not only birthed it but also ensured that it was firmly rooted as one of the arms of the Nigerian military.

While still in its early stages of its establishment, the NAF took part in the the Nigerian Civil War alongside sister services from 1967-1970, and at that time, the NAF was only equipped with a few aircraft. As the war gained momentum, some fighter aircraft such as MIG 15 and 17 were purchased by the Nigerian Government to help end the war speedily. After the Nigerian Civil War ended  in 1970, there was the need to re-organize the NAF and upgrade its equipment. Hence, between 1981 and 1990 the NAF acquired additional aircraft types of advanced technology, and it was needful that their personnel were well trained to man and maintain the new aircraft types. This led to the NAF re-organising its training aspects in all NAF trade specialties.

As a result of the expansion of the Nigerian Air Force over time and the need to enforce all international laws and conventions relating to space activities in the Nigerian airspace, the Federal Government of Nigeria promulgated Decree 105 (Armed Forces Amendment Decree) of 23rd August 1994 which stipulated additional roles for the NAF. These additional roles include:

Every one of the above staff branches is headed by a Branch Chief who is directly responsible to the Chief of Air Staff. The Branch Chiefs are assisted by several directors and staff officers.

The office of the Chief of Air Staff is designed to include the following:

The Policy and Plans Branch makes sure to form, develop and implement strategic policies and plans in the NAF. The Branch also prepares in close consultation with other air staff branches and commands, long-range plans and policies to support timely, accurate and efficient employment of air power under the direction of the Chief of Air Staff to meet NAF mission. The Training and Operations Branch is responsible for policies and directives for the daily operations of the NAF. The branch is also saddled with the responsibility for all training both on ground and aircrew duties.

The Aircraft Engineering Branch takes charge of all matters relating to aircraft, armament design and maintenance in the NAF. The Logistics and Communications Staff Branch is oversees policies on provisioning, procurement and maintenance of all equipment and infrastructure in the NAF. The Administration Staff Branch the smooth, day-to-day running of the Nigerian Air Force. This branch is the centre of all NAF personnel and administrative matters.

The Standads and Evaluation Staff Branch is responsible for ensuring proper maintenance of standards in the NAF and to facilitate full-time research into specific areas of the Service with a view to avoiding waste in both human and material resources. The Air Secretary Branch establishes guidelines for the recruitment, career management and maintenance of a balanced force structure for the NAF.

The Nigerian Air Force comprises of six Command centres which include the following:

The Air Training Command and Ground Training Command were established for planning and coordinating the administrative and operational command of all NIgerian Air Force training activities, while the Logistics Command was established to supply and maintain all the NAF operational equipment as well as infrastructural facilities required for the effective accomplishment of NAF assigned tasks.

The following is a full list of all Nigerian Air Force Bases in the country this 2023:

RANKS IN THE NIGERIAN AIR FORCE

The ranks for the Nigerian Air Force commissioned and non-commissioned officers are given below:

In the Nigerian Air Force, there are 11 ranks for commissioned officers, and they are stated in descending order from the highest to the lowest rank:

There are 9 ranks for non-commissioned officers in the Nigerian Airforce and they are listed as follows in descending order from the highest rank to the lowest rank:

The following is a comprehensive salary structure of officers of the Nigerian Air Force this 2023:

These are the salaries earned by the Nigerian Air Force non-commissioned officers on a monthly basis currently:

Below are the salaries that Nigerian Air Force commissioned officers earn per month this 2023: