This article discusses the current NERC salary structure in Nigeria currently in this year year 2022. We will review the monthly earnings of selected Nigerian Electricity Regulatory Commission (NERC) employees in order to determine how much they are paid at this federal government agency. If you have always wanted to learn about the NERC compensation structure, this information is just for you. 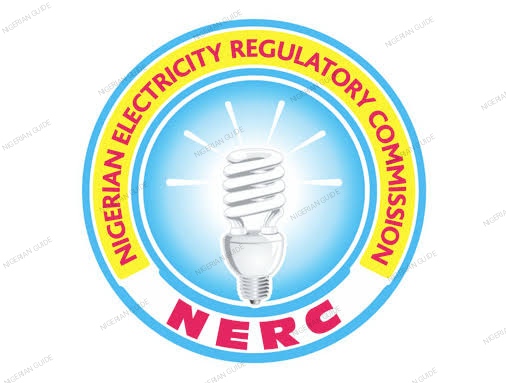 The Nigerian Electricity Regulatory Commission (NERC) is one of the independent regulatory agencies in Nigeria that is charged with overseeing the country’s electricity business. NERC was established in 2005 as part of the Obasanjo administration’s economic reform agenda, through the Electric Power Sector Reform Act of 2005, for the formation and review of electricity tariffs, the transparency of subsidies, the promotion of efficient and environmentally friendly policies, as well as the formation and enforcement of standards in the creation and use of electricity in Nigeria. NERC was established largely to oversee the tariffs of government-owned or controlled power producing firms, as well as any other generating company with a license for power generation, transmission, and distribution of electricity.

Nigeria began producing electricity in 1896. The Nigeria Electric Supply Company (NESCO) was founded in 1929. The Electric Corporation of Nigeria (ECN) was founded in 1951 to take over NESCO’s assets. The Niger Dams Authority (NDA) was founded in 1962 to enhance Nigeria’s hydropower potential. ECN and NDA merged in 1972 to become NEPA (National Electric Power Authority), which eventually morphed into Power Holding Company of Nigeria as a holding business for the company’s impending unbundling and subsequent privatization. Previously, Nigeria’s electric power sector was overseen by the Federal Ministry of Power. It acted as both a policy-making body and a regulator, the latter primarily through the Ministry’s Electrical Inspectorate Services section.

Nigeria’s electric power sector began with the Niger Dams Authority, which was in charge of the dams around Shiroro and the Niger River, one of the major rivers as well as the longest rivers in Nigeria. Due to abysmal power crises throughout Nigeria, then President Olusegun Obasanjo’s government attempted to reform the sector through the National Council for Privatisation/Bureau for Public Service (under the leadership of Nasir Ahmad el-Rufai), which had seen no major government attention or investment since the 1980s.

The EPSRAct of 2005 established the NERC, which was inaugurated on October 30, 2007, with Ramsome Owan as its first Chairman/CEO. Dr. Ransome Owan, a US-trained scientist who previously worked for GE, was named executive Chairman of NERC for a five-year tenure. Other Nigerians from the Diaspora who had come to work for NERC were on his team. NERC has been granted additional tasks, including the establishment and administration of the “Power Consumer Assistance Fund,” which will assist Nigeria’s impoverished power consumers. It was also in charge of regulating rural networks and setting contribution rates for the Rural Electrification Fund.

The EPSRAct 2005 established the Commission’s powers and responsibilities, effectively ushering in the privatization of Nigeria’s electric power services and the unbundling of the defunct National Electricity Power Authority (NEPA)/Power Holding Company of Nigeria (PHCN). NERC’s principal responsibility is to defend consumers’ interests, give licenses to operators/investors, set and monitor electricity pricing, and foster competition when possible. The Commission’s major goal is to defend the interests of current and future consumers in respect to electricity generated and distributed through distribution or transmission systems. Consumers’ interests are their interests as a whole, including their interests in low-cost electricity, as well as the decrease of greenhouse gases.

NERC SALARY STRUCTURE IN NIGERIA 2022: HOW MUCH THE NERC PAYS ITS WORKERS

The Nigerian Electricity Regulatory Commission (NERC) pays its entry level/fresh graduate personnel a monthly salary between the range of ₦250,000 and ₦290,000 after tax on average in 2022. When allowances and incentives are added to a NERC employee’s compensation, it considerably increases. Promotion improves their monthly compensation even further.

Other selected NERC job positions and monthly salary this 2022 include the following::

Please be aware that these are estimates and the exact amounts paid to NERC workers are known only by the agency which pays these workers directly. That notwithstanding, we were able to find out about these monthly payments after our research which is close to the figures we have highlighted above.