This is the Biography, History and Net Worth of Azeez Fashola, popularly known by his stage name, Naira Marley this 2023. In this post, we discuss his age, career, songs and more. 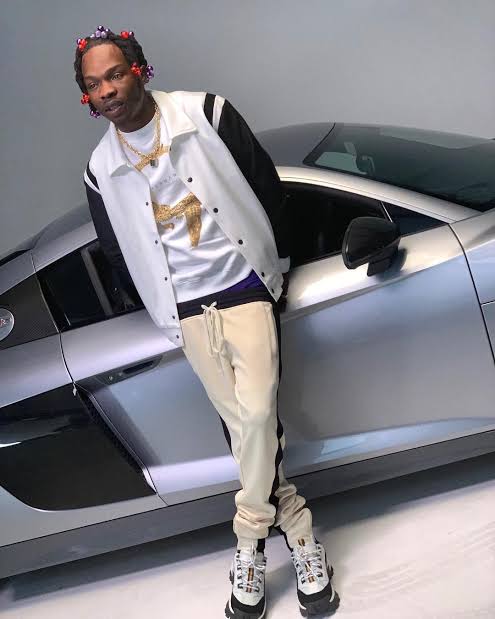 Naira Marley is one of Nigeria’s most widely followed musical artistes, his group of large following fans are widely regarded as Marlians. He is a singer, songwriter, stage performer, entertainer and rapper. He has been in music for quite a while before he achieved fame in 2017. Naira Marley entered into the spotlight of Nigerian music with the hit single Issa Goal which featured already established stars like Olamide Badoo, Falz, Simi, Slimcase and Lil Kesh in the remix of the song.

Naira Marley was born on May 9, 1994 in Agege, Lagos State. He moved to Peckham in South London, UK at the age of 11 and while in the United Kingdom, he studied at Porlock Hall before attending Walworth School, where he obtained his General Certificate of Secondary Education. Naira Marley later graduated with a distinction in business from Peckham Academy. Naira Marley also studied at Crossways College which is currently known as Christ the King Sixth Form College, London. He returned to Nigeria much later in life to pursue his career in music.

While he was growing up, Naira Marley originally wanted to become a Master of Ceremonies and voice-over artiste, granting interviews to that effect. He later fell in love with singing in 2014 after discovering his passion for music and was encouraged by his close friends to pursue a career in music. His stage name was influenced by his love for Bob Marley, the legendary King of reggae music, and his dreadlocks are a tribute to the reggae legend.

As earlier mentioned, in 2014, Naira Marley began to hone his musical skills. He discovered his love for singing and developed the talent when he was encouraged by some of his friends to sing in one of their recording sessions in the studio. This started out as a joke but after that day, he began taking music seriously. He used to pay for the studio sessions for his friends but after he tried and did a rap session with them on one occasion, he decided to start paying for himself as well to develop his talent.

He continued to seek new ways to improve his musical talent and this paid off when early in his career, in 2015, he released the track Marry Juana which featured Max Twigz, one half of the Cannabis Boyz crew. The song was a fusion of dancehall rhythms and Naira Marley’s strong Nigerian accent. It achieved considerable success. The song gave Naira Marley a low key Nigerian following in the UK music scene, considering it was while he based there that he released it. It also made him one of the fast rising Nigerian rappers over there.

The song is a fusion of grime, rap, melody and dancehall and it marked the turning point of his career and his rise to fame in music because after that song, came many others which have gone on to become successes in Nigeria. He is the darling of many music lovers all over Nigeria especially for the way he dishes out his lyrics. Naira Marley’s show Marlian Fest was hosted at the Eko Convention Centre, Victoria Island, Lagos on December 30, 2019, and it saw top music artistes such as Wizkid in attendance. His large, controversial fan base known as the “Marlians” were also in attendance.

During the Marlian Fest, Naira Marley announced the launch of his much anticipated record label Marlian Records and subsequently unveiled Cbluck, Zinoleesky, MohBad and Fabian Blu as the new artistes signed under his record label.

Naira Marley courted with controversy when he was arrested by the Economic and Financial Crimes Commission, EFCC on May 10, 2019, a day after his 25th birthday, in relation to internet fraud. He was arrested alongside fellow musicians Zlatan Ibile, Rahman Jago, and two others. All four were released, it was alleged that Davido was largely influential in the release of Zlatan Ibile. Naira Marley was however, remanded in prison custody and was later charged to court because of the severity of his alleged crime on an 11 count fraud allegation.

He was later released on June 14, 2019 after being granted bail to the tune of ₦2 million by a Federal High Court in Lagos, presenting two sureties in the process, one being a civil servant not below Grade Level 10, while the other, an owner of a landed property within the court’s jurisdiction. Naira Marley’s controversy attracted wide media attention and publicity and according to various media reports, what allegedly landed him in hot water with the Nigerian Anti-Graft Agency, the EFCC was his release of his sensational hit song, “Am I A Yahoo Boy?” Lyrics of the controversial song is given below:

On January 14, 2020, Naira Marley, while he was away in the United States, was acquitted of car theft, a charge filed by the police. It was alleged that he and two of his brothers, Idris Fashola and Babatunde Fashola, along with one of their cousins, Kunle Obere, connived to steal the car belonging to one Adelekan Ademola before the police got involved. The Magistrate Court presided over by Tajudeen Elias, dismissed the charge after receiving a settlement agreement between the complainant and Naira Marley and the other defendants.

Naira Marley’s net worth is about $3 million in US dollars this 2023. It is widely reported that he owns a number of exotic cars due to his affluent social media lifestyle, one of the latest being a 2019 Bentley Continental currently the Crown jewel in his fleet.

Naira Marley is married to two wives and he has four children. This was according to him during his court case with Nigeria’s anti-graft agency, the Economic and Financial Crimes Commission, EFCC.

His album LOL (Lord of Lamba), released in late 2019 houses 6-tracks with guest appearances from Young John, Mayorkun and C Blvck. He also has an Extended Play, titled Gotta Dance which has seven tracks in it

Some of Naira Marley’s songs include the following: