This is the biography of popular Nigerian comedian, Mr. Macaroni. His net worth, cars, as well as information about his house are also covered in this article. We shall be looking at all these and more as we proceed, kindly continue reading. 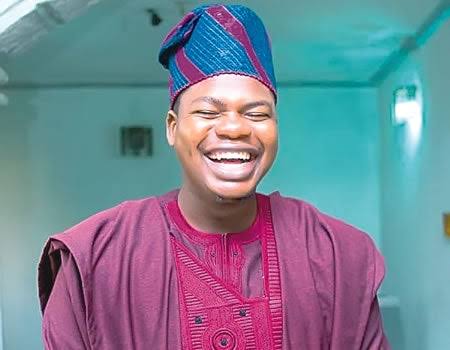 Debo Adebayo, popularly known by his stage name, Mr. Macaroni, is a Nigerian comedian, entertainer, actor, content developer, Master of Ceremonies, film producer, entrepreneur and social media influencer. He was born on May 3, 1992, in Lagos State to a journalist father and an educationist mother.

Mr. Macaroni grew up in the Ojota area of Lagos State where he had his primary education at Tender Care School. Upon successfully completing his secondary education at Babcock University High School, Ilishan Remo, Ogun State, he proceeded to Lead City University to study law, but was not able to continue due to accreditation issues.

He attempted to study the same course at Houdegbe North American University, Cotonou, Benin Republic but had issues with a lecturer which forced him to discontinue his education there. Mr. Macaroni would later pursue a degree in theatre arts at Afe Babalola University, Ekiti State but was forced to withdraw when he was told the programme at the university was yet to fully commence and was offered English and Media studies instead.

It was at his fourth and final attempt at university education that he made his breakthrough, finally being able to graduate at Redeemers University but not after he was initially expelled for making a social media post about the school, prompting his parents to sue the university. The Adebayo family won the case in the process and this paved the way for their son, Debo to graduate with a degree in theatre arts and go for youth service.

Mr. Macaroni is popularly known for his use of the phrases “oooin, you’re doing well” and “fantabulous”, in his social media comedy skits that have become very popular among many people, especially the youths in Nigeria.

He was first an actor early in his university days, precisely at the second university he attended, having being featured in the TV drama comedy “Face 2 Face”  after numerous auditions, for an extra role which had no name so he named himself Mr. Macaroni in the comedy series, believing the character to be a jolly good fellow. He has also acted in several other TV series since then.

However, it was when he got to the third university he attended that the name stuck because of a female friend, as she would often scream “Macaroni” anywhere she saw him at school, so he decided to keep the name and make it his identity.

Mr. Macaroni truly came into the limelight of the Nigerian entertainment industry when he started a series of his comedy skits using his stage name to great effect. A vast majority of his social media comedy skits usually portray him as a sugar daddy, looking to have fun with young pretty ladies but with a message at the end of every production. Comedian, Broda Shaggi, is an inspiration to him.

During the 2020 #EndSARS protest, Mr. Macaroni was one of the many Nigerian celebrities that used his social media influence to lend his voice against police brutality in Nigeria, especially among the youths and also took to the streets to protest in person, gaining the support of many Nigerian youths who came out en masse nationwide to protest against this menace.

This lead to the eventual scrapping of the Special Anti Robbery Squad (SARS) for a new unit in the Nigerian Police Force, known as the Special Weapons And Tactics (SWAT) with many reforms put in place.

Currently in this 2023, Mr. Macaroni is worth an estimated ₦100 million and this is as a result of his social media skits and various other endorsement deals.

Mr. Macaroni is not very public about the vehicles he owns or how many are in his fleet but it is widely reported in the media space that he is the proud owner of a blue Toyota Highlander jeep.

As at the time of writing, it is not yet known if Mr. Macaroni owns houses or other landed properties anywhere in the country or abroad.