Mercy Eke and Tacha, who is the richest? This debate has raged on among the many supporters of both celebrities who happen to be former BBNaija housemates from the reality TV show’s “Pepper Dem” edition (season 4) which was aired between June 30 – October 6, 2019. The show may have come and gone but these two ladies are still being talked about to this day. With opinions split between Mercy’s supporters (Mercenaries) and Tacha’s supporters (Titans), who between these two ladies has more money? Kindly continue reading to find out. 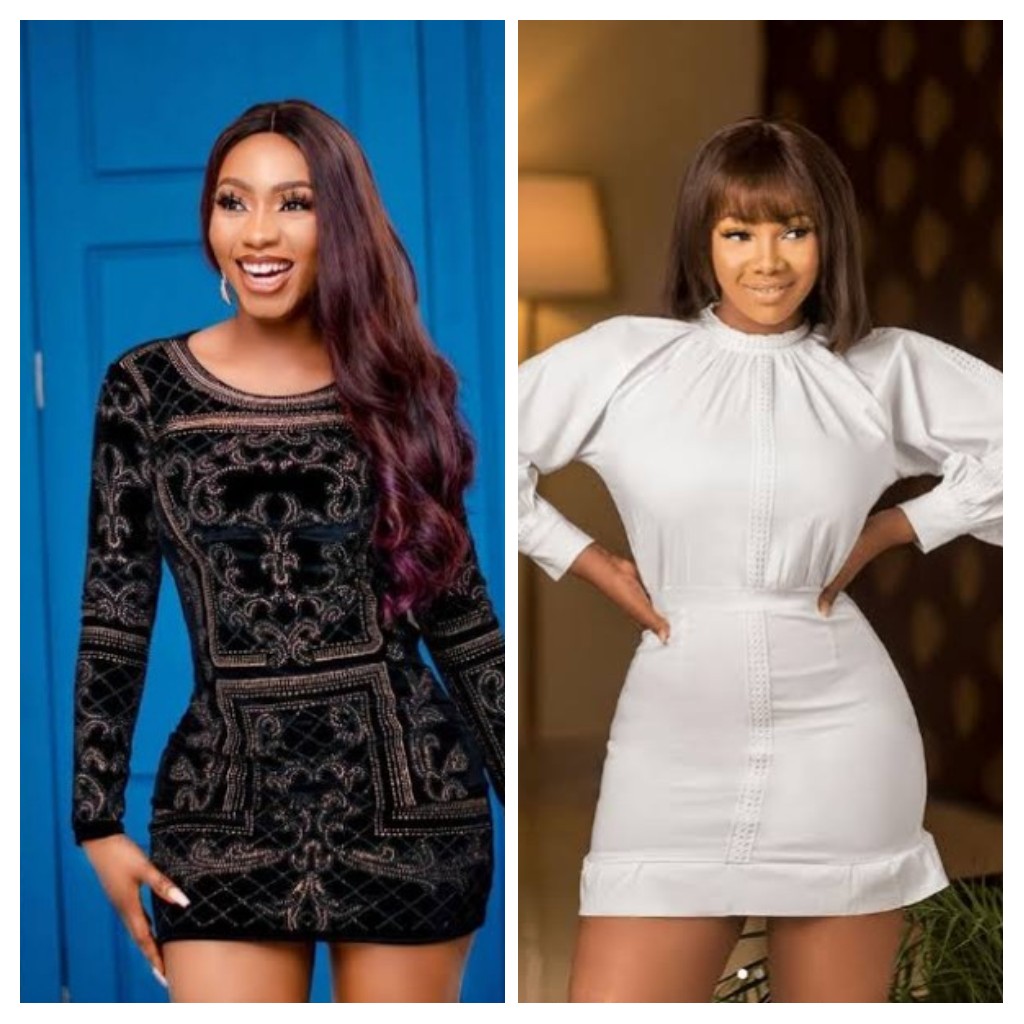 With the BBNaija season 4 TV reality show well and truly behind us, what has continued to rage on is the argument between Mercy and Tacha fans on who is the richest of the two. This has been a constant debate between Mercenaries and Titans, and we have taken a closer look at both in order to give a clear view on who is wealthier between these two heavyweight celebrities in Nigeria today.

Make no mistake about it, Tacha was Mercy’s biggest rival in the Pepper Dem edition of the BBNaija season 4 show, and was greatly tipped to win the reality TV show but was disqualified just as she approached the finish line for going physical at Mercy during one of their quarrels.

Mercy, also a fan favourite eventually won the prize money of ₦60 million as at that time, paving the way for her to get many endorsement deals in the process. As we proceed, we will take a brief look at each celebrity’s profile before going on to answer the million dollar question on who is the richest between Mercy Eke and Tacha, kindly stay with us on this.

Mercy Eke, also known as Mercy BBNaija or Mercy Lambo, is a Nigerian celebrity, media personality, actress, video vixen, entrepreneur, brand ambassador, and social media influencer who hails from Imo State. She was born on September 29, 1993, and was educated up to university level in the Eastern Heartland, where she bagged a degree at the Imo State University in 2014.

Upon graduating from the University, she proceeded to take up a career as a video vixen, appearing in some music videos, chief of which are “Baby mama” for Davido and Ichaba, and Airboy’s “nawo nawo”. She would later audition for, and win the season 4 of Big Brother Naija in 2019, entering herself in the history books for becoming the first woman to ever win the reality TV show, setting herself up for endless endorsement deals in the process.

Tacha, also known as Tacha BBNaija or Symply Tacha, was born Anita Natacha Akide. She is a Nigerian celebrity, reality TV star, video blogger, entrepreneur and social media influencer. Tacha was one of the stand out housemates at the BBNaija reality TV show in 2019, gathering so many followers and admirers in the process.

Tacha was born on December 23, 1995 and she hails from Rivers State in the oil rich Niger-Delta region of Nigeria. She had her university education at the Ignatius Ajuru University of Education, Port Harcourt, bagging a degree in English in 2016. Tacha became very famous when she participated in, and was a very strong contender for the top prize in the Pepper Dem season of the BBNaija reality TV show in 2019 and has never looked back since then, embracing the spotlight as a very big part of her life.

Tacha also is not far off with great endorsement deals of her own. In 2020, she rolled out her own brand of power banks called “Power Tacha”. Other endorsement to her name include deals with top brands such as GetFit Nigeria, Royal Hairs, House of Lunettes, Patricia NG, Ciroc, etc., all worth millions of Naira as well.

In terms of endorsement deals Mercy slightly edges Tacha in this department, and has been the more successful of the two when it comes to money made through the duration of their various deals. Though the monetary values aren’t available as at the time of writing, Mercy has the upper hand in terms of the number of deals.

As part of her prize for emerging victorious at BBNaija 2019, Mercy won an Innoson SUV worth ₦30 million, and a Victoria Crest Home in Lagos worth another ₦30 million. It is also reported that she was rewarded with the sum of $10,000, about ₦4.7 million from real estate tycoon, Ned Okonkwo (not to be confused with Ned Nwoko).

Mercy owns an array of expensive cars in her fleet, among which are a 2019 Range Rover Autobiography worth ₦120 million, as well as a Mercedes Benz GLC300 SUV worth ₦18 million.

MERCY EKE NET WORTH AND TACHA NET WORTH: WHO HAS MORE MONEY?

Presently, Mercy Eke is worth an estimated ₦700 million and Tacha is worth an estimated ₦450 million this 2023. From this, it is very evident that Mercy is richer than Tacha. Both ladies are industrious in their own right and are doing great things for themselves and these figures are expected to even rise further in the future.